– UPDATED
(compiled, Nov. 6, 2014)
Ferndale Housing Commission Director Deborah Wilson was arrested Monday at her office in the Withington West Apartments in Ferndale. Police executed a search warrant and subsequently made the arrest. Charges have not yet been filed.
Wilson is

accused of illegally entering at least one apartment and stealing the painkiller Percocet.
The Ferndale Housing Commission is headquartered in Ferndale, but manages a Section 8 program through HUD offering vouchers that can be used in Wayne, Oakland or Macomb Counties. In addition to administering the Section 8 voucher program, the Ferndale Housing Commission’s main task is a public housing program that is limited to the Ferndale city limits. This includes two elderly housing facilities, Autumn House and Withington West. There are also scattered houses through the city that are owned and managed by the Commission, including 15 two bedroom, 21 three bedroom, and 7 four bedroom homes for low income families. The Commission is separate entity from the City, although City Council does appoint the members of the Commission.

Wilson’s office was picketed in June after a person in the Section 8 program accused the Commission of racism in a dispute over requirements for the program.  https://oaklandcounty115.com/2014/06/19/protesters-claim-racism-in-ferndale-housing-commission-dispute/
The Oakland County Sheriff’s Department released a statement about the investigation and arrest:
“An Oakland County Sheriff’s Narcotics Enforcement Team (NET) investigator received information that Deborah Wilson who is the Ferndale Housing Commission Director was stealing

prescription narcotics from tenants of the Withington West Apartments, Ferndale MI. She is employed by the Ferndale Housing Commission which is funded by HUD. NET is a multi-jurisdictional drug team comprised of 16 police agencies in Oakland County.
An investigation was initiated at which time investigators conducted surveillance of Deborah Wilson. On November 3, 2014 Investigators observed Wilson exiting a tenant’s apartment located at Withington West. Investigators surveyed and later confronted Wilson in her office at the Withington West Apartments.
Investigators obtained a search warrant for her office. A search of her office revealed twenty-one (21) Percocet tablets. During an interview Wilson admitted to stealing the prescription medication

from the apartment investigators observed her leaving. She also admitted to sealing other prescription medications from numerous other tenants over a period of several months. During the thefts she would replace the stolen medication with generic Tylenol tablets. She was stealing the pills for personal use.
ARRESTED:
S-1: Deborah Elizabeth Wilson (52 years old) Resident of Clinton Twp.
CHARGES:

Count 1:       HOME INVASION 2ND DEGREE (15 YEAR FELONY)
Count 2:       HOME INVASION 2ND DEGREE (15 YEAR FELONY)
Count 3:       CONTROLLED SUBSTANCES – POSSESSION (COCAINE, HEROIN OR ANOTHER NARCOTICS) LESS THAN 25 GRAMS (4 YEAR FELONY)
ARRAIGNMENT:
On November 6, 2014 Wilson was arraigned at the 43rd District Court in Ferndale before Magistrate Brennan. Her bond was set at $50,000 personal on three felony counts. Her next scheduled court date is 11/10/14 at 1:00 PM”
NOTE:  Police Reports come directly from the Police Department or agency involved and are written by the person or agency listed below the title.  We generally run these “as is” or with minimal editing for punctuation, spelling, etc. Suspects should not be presumed guilty. Those needing more information about a case are encouraged to follow up with the reporting agency or court system for the most current information.
Join in the conversation at https://www.facebook.com/oc115.
If you are a business or group that supports our work go to https://oaklandcounty115.com/sponsorshipadvertising/.
If you are a reader who wants to see the oc115 thrive, go to https://oaklandcounty115.com/reader-support/. 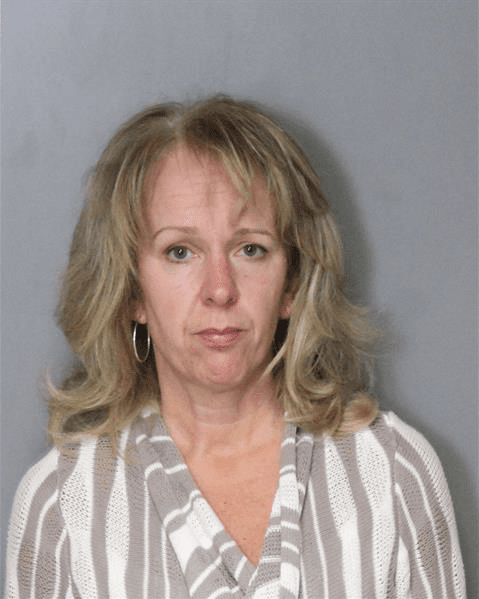