Fate of the Phoenix Center: Public Gets Tour (video)

The community got an inside look at the Phoenix Center and the adjacent Ottawa Towers in Pontiac on Saturday. The 2,500 space parking deck, topped by a canopied amphitheater is slated to be demolished by the order of State Emergency Financial Manager Louis Schimmel, who determined in 2012 that it was more of an expense than an asset to the community.

But community members, including the owners of Ottawa Towers are fighting back, and the future of the property is tied up in litigation. Ottawa Towers connects to the Phoenix Center, as does a senior citizen high rise. The South end of the structure is still being used for parking for the Towers, one of which is being used by the State of Michigan for offices employing up to 400 people. The road going under the center was recently re-opened. Ottawa Towers says there are people who want to lease in the second tower, but can’t due to the uncertainty created by the lawsuit. The owners have done maintenance to the facility, even though it is legally the City of Pontiac’s responsibility. And a local contractor brought in to inspect it found it to be in good shape.
So why the urgency in tearing it down? That’s what people in Pontiac want to know.
Dozens of interested business owners, civic leaders and residents met Saturday for a tour of the plaza and to talk about ideas for how to save it. Not only are they hoping to convince Governor Rick Snyder to intervene

and stop the litigation around the Center, but they’re working on plans for the Center’s future – putting it back to work as an asset for the community.
Pontiac City Council President Pro Tem Mary Pietila talked about how City leaders were not given any say in the fate of the Center. “I’ve gone through this place, driven through at night, and I trust it,” Pietila added. “This is not about safety, or what’s best for Pontiac, this is about politics.”
She and other believe that if Ottawa Towers wins in their lawsuit with the state, it could affect the validly of the Emergency Financial Manager legislation.
Blair McGowan, owner of the nearby Crofoot and Elektricity nightclubs said he wants Governor Snyder to step in and encourage Schimmel to negotiate so the Center can be saved. “Quit wasting money [on litigation],” McGowan said. “Don’t destroy a structure in Pontiac that would cost $100 million today. Think about it. There’s 2,500

parking units here. A parking unit costs roughly $30,000 to build. They’re building them in Detroit, Royal Oak, Rochester, right now. In Pontiac they want to knock ‘em down.”
McGowan and others who are working to revive Downtown Pontiac think the Center should be part of the plan. “If we tear this down, Downtown Pontiac goes back to 1964. In 1964 we knocked down 13 acres and the old timers called it Hiroshema Flats, and it sat empty… Sixteen years there was a gravel pit over 13 acres because they didn’t have a plan,” he said. “When the economy changes in a few years, the cheapest spot to put a new office building in Oakland County will be there and there [pointing to vacant lots flanking the Phoenix Center]. And they’ll build here. They’ll pay taxes here, and they’ll pay income taxes here.”
Former Mayor Willie Payne was moved by the presentation and tour, and said he would be willing to help get

the word out about the effort to save the Center. “I look at it as a venue that brings people of different cultures together, people from different communities and we need that diversity in order to grow. It gives us an outlet to have something positive to do here in the City of Pontiac…I find it quite appalling that they would want to tear it down.”
Tom Kaatz of Eagle Contracting was brought in to inspect the property on behalf of Ottawa Towers. “What we’re facing here is maintenance items, it just wasn’t maintained property. This deck is far from being condemned,” Kaatz said.
Speaking to the safety and value of the property, Kaatz said “The thing to keep in mind, when this deck was built, it was designed to be at 100 lbs per square foot. Today the decks being built are designed at 50 pounds per square foot.”
City Council President Patrice Waterman and several officials came for the tour as well. The decision to tear it down was made when the State took away the City’s right to have elected officials make decisions for the public. Elected official are able to do their jobs now, but they are left with Emergency Financial Manager decisions to contend with. “We want to hear what you have to say about this Phoenix Center, that’s why we’re here. We’re going to listen to why you have to say and then we will make a decision and move forward.”
Litigation on the Phoenix Center remains ongoing in Oakland County Circuit Court. In the meantime, the movement grows as open houses and brainstorming sessions get people interested in the future of the property.
Organizers have created The Truth About Phoenix Center website at http://truthaboutphoenixcenter.com/. More information on Ottawa Towers can be found at http://www.ottawa-tower.com/features.html. 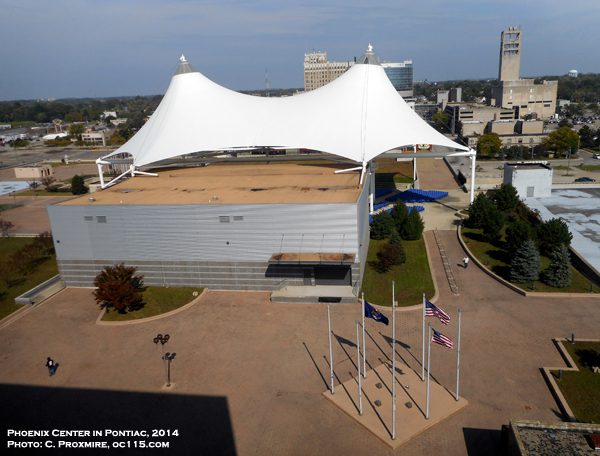 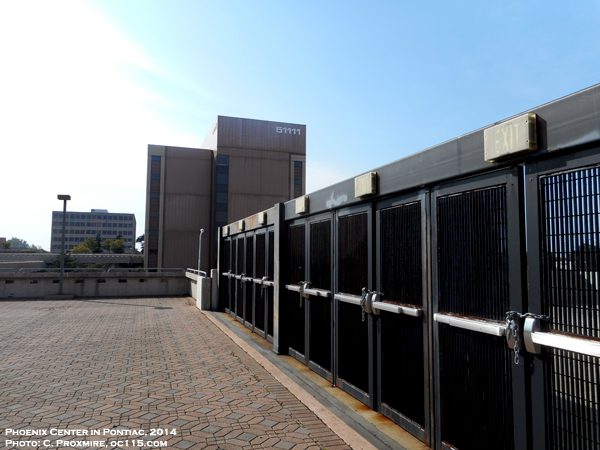 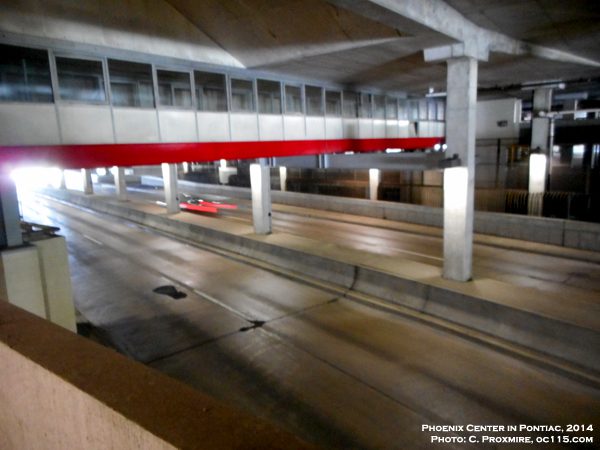 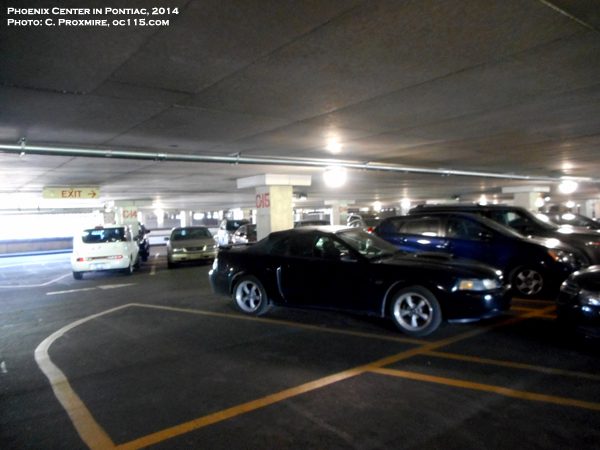 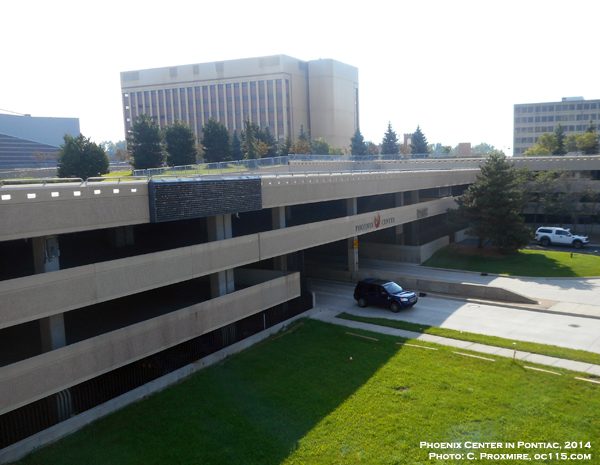 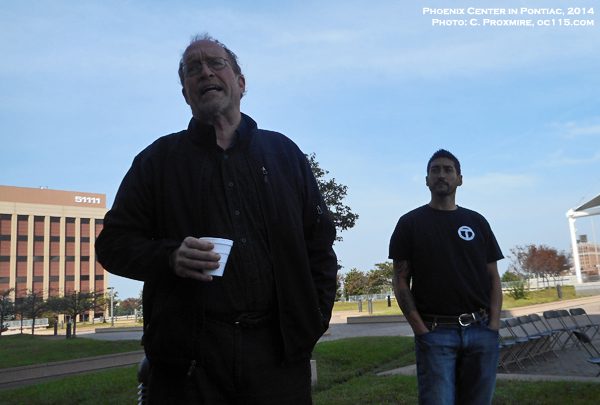 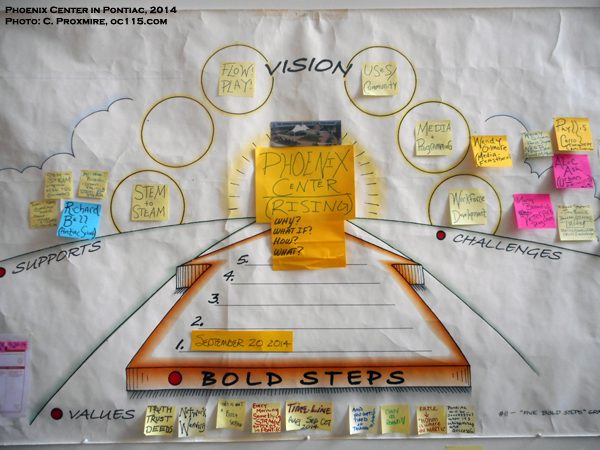 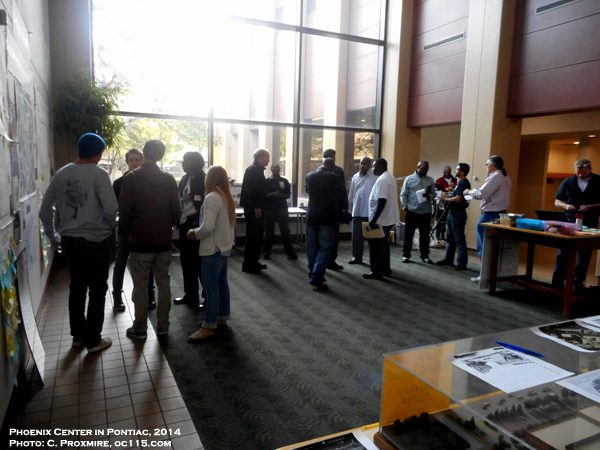 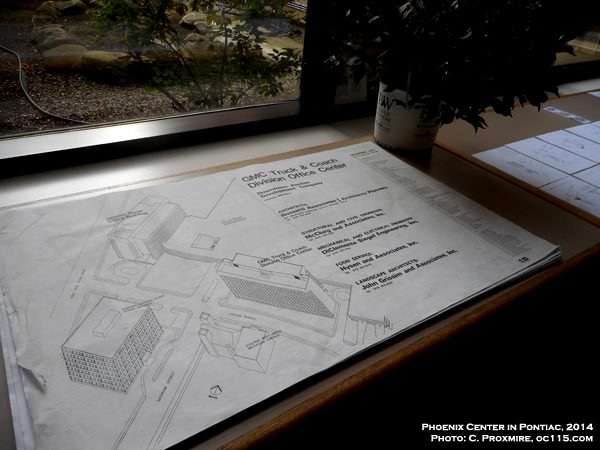 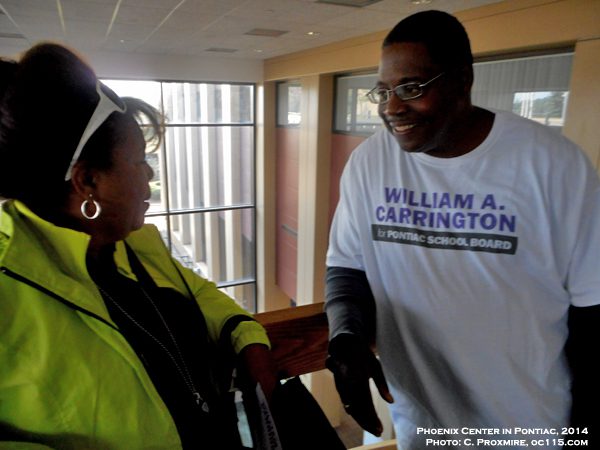 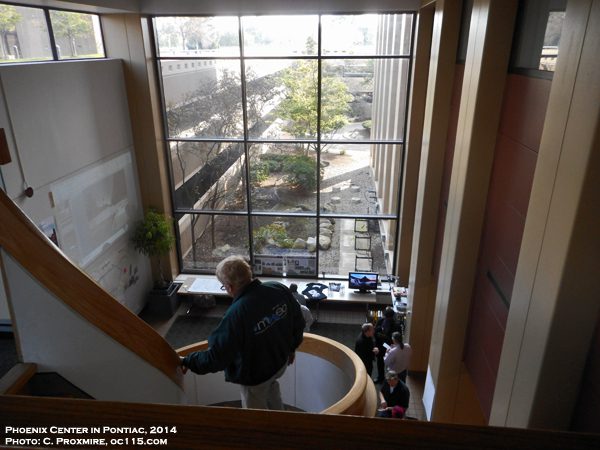 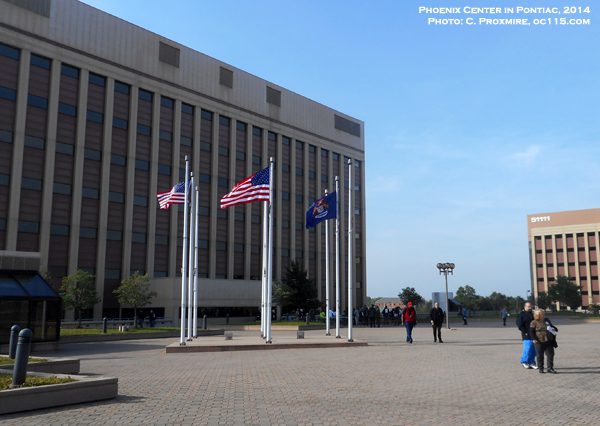 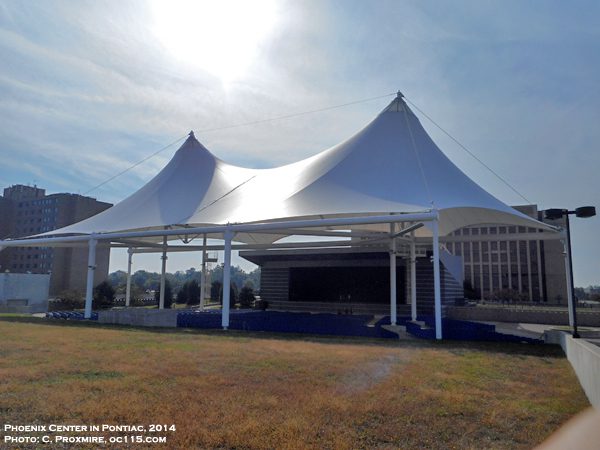 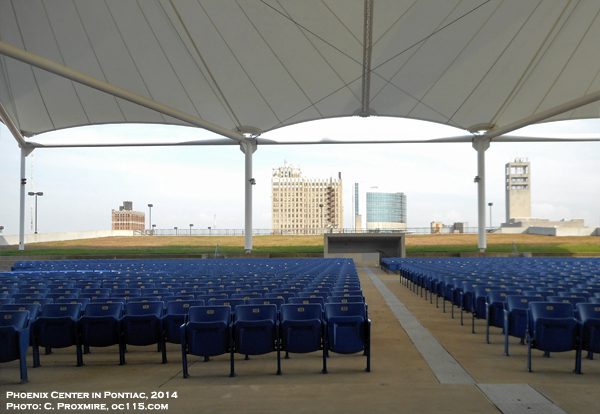 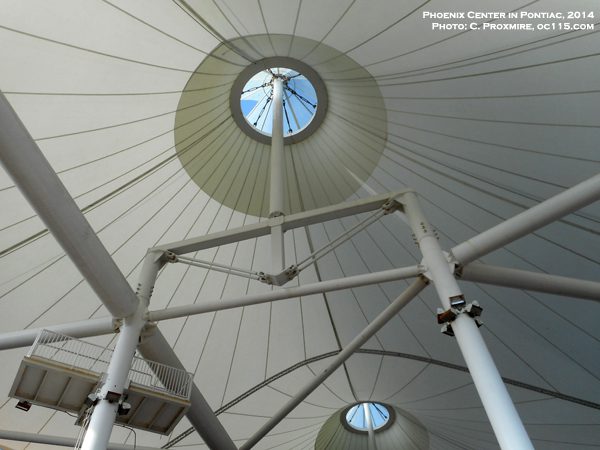 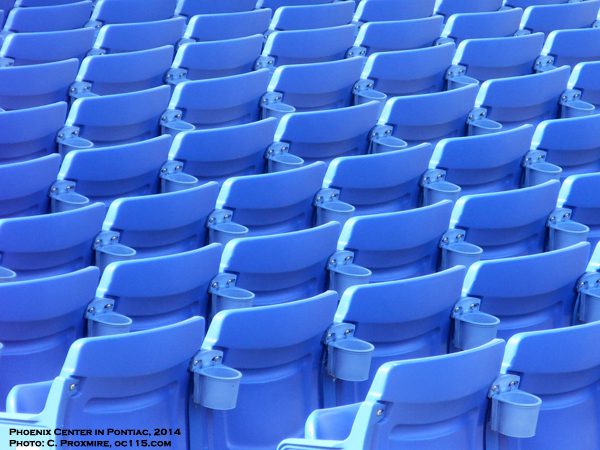 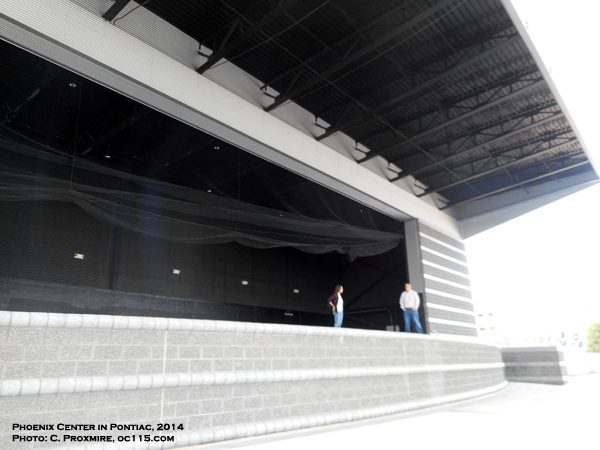 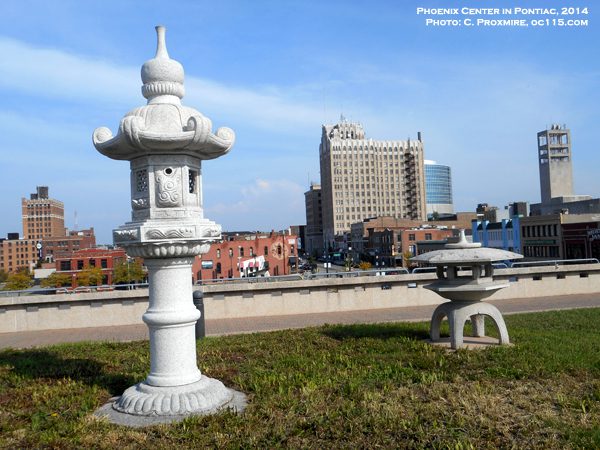 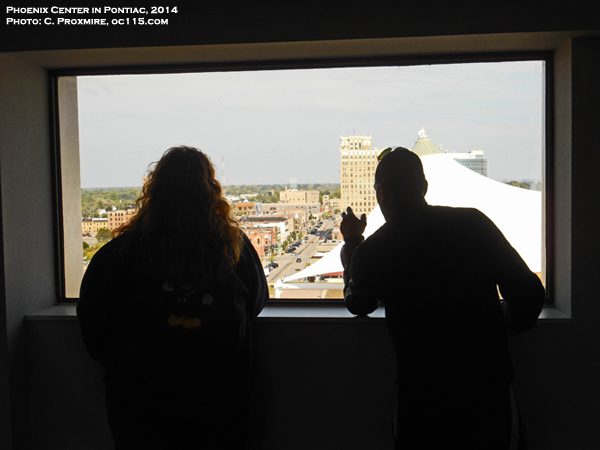 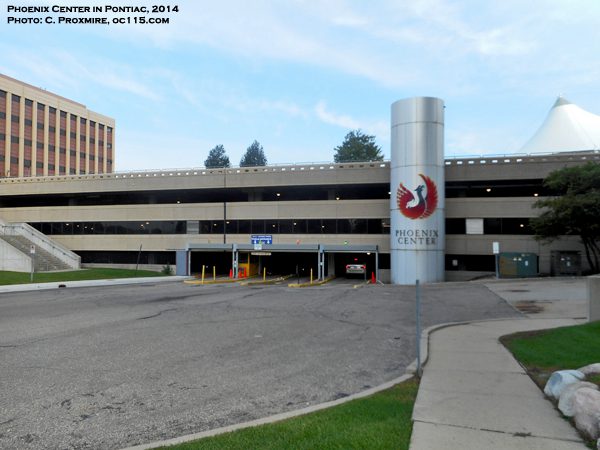