(Crystal A. Proxmire, Sept. 29, 2014)
It was about two years ago that Stanley Nunn was shopping and crossed paths with a woman wearing a pentacle necklace. “She tried to hide it as I walked past, and I said, ‘no, no, you don’t have to do that. I have one too,” Nunn said. “I’m one of you.”
He said the woman hadn’t met any other Pagans in the area before. The conversation inspired him to get busy creating Pagan Pathways Temple, which opened last weekend at 28736 John R in Madison Heights.
“I decided to open the temple because there were a number of instances where we have conventions and we

have celebrations at different points during the year, but they’re usually one or four day long celebrations. But between that time there’s nothing. You have to luck out and find someone or be part of the right group,” he said. “I can’t walk around as a person of my faith and not work towards the betterment of the people who follow it. So it’s my responsibility to build something for that person, so they have a home they can come to anytime.”
The temple is open every day but Monday, with a lounge area in the front, worship space in the middle and classroom space in the back. Services will be every couple of weeks, and in between there will be classes and groups that meet, as well as just having people on hand to talk to those who seek guidance or fellowship.
Their official mission is “To provide a place of worship and learning for all those who seek enlightenment and universal knowledge. To offer a haven for all faiths and paths that value love, tolerance, and community; that seek to empower and enrich our fellow man. In order to promote community, we do not include those paths

or traditions whose doctrines advocate bigotry and/or violence against others on any basis including, but not limited to: race, gender, sexual orientation, disability, or religion.”
Pagan Pathways Board Member Geralyn Mystic will be leading a Heart and Home group at the temple. “Everybody tells you that you have to have spirituality. In everything you do there is a touch of the divine. Well sometimes that’s really hard when you are dealing with the children and doing the dishes and working and coming home and finding that balance. Well it’s through divine love that we do all these things. And sometimes even though a woman’s role is overlooked, the snotty noses and all that, that we clean, the dirty socks, you know, this is one of those things just to bond us back together and say ‘hey, you’re not alone.”
Mystic moved to Warren from Bay City and joined the board of Pagan Pathways to help build a community

where she and her family could explore their faith in a supportive environment. “I have children and I know that they will have a place they can go and lay the foundation,” she said.
Quotes painted on the walls of the temple help set the tone for the sacred space, along with a painted tree with a pentacle in the middle. Dunn explained that the pentacle was previously a Christian symbol that they had adopted from the pagan culture that preceded it. “With the pentacle earth, air, fire and water are focused for the purpose of celebrating the divine, which is why you have the four points on the bottom all leading to the point on the top,” he said.
The tree, a symbol also used in their logo, is meaningful as well. “We come from different places, but we come together on a path seeing wisdom. We go through the pentacle and we find our way to our diverse paths. We all may be in this place rightnow, but we’re going someplace different. But we honor that transition. We honor what came before. We honor what is now. And we honor the paths that lay before.”
To learn more about Pagan Pathways, see http://www.paganpathwaystemple.org.
For an article on the Pagan Pride Festival, with a video that includes a bit about the temple, see https://oaklandcounty115.com/2014/08/20/2014-pagan-pride-festival-celebrates-the-divine-in-nature-video/. 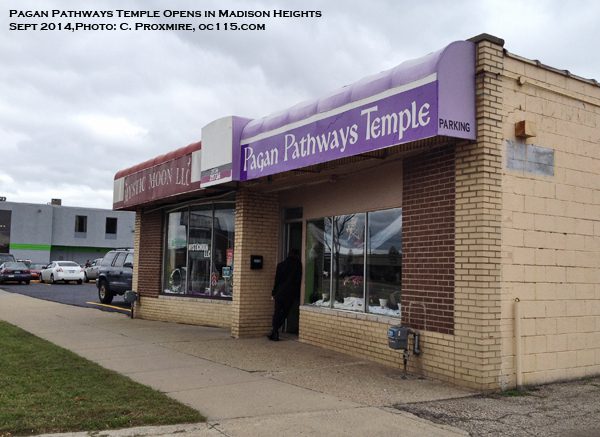 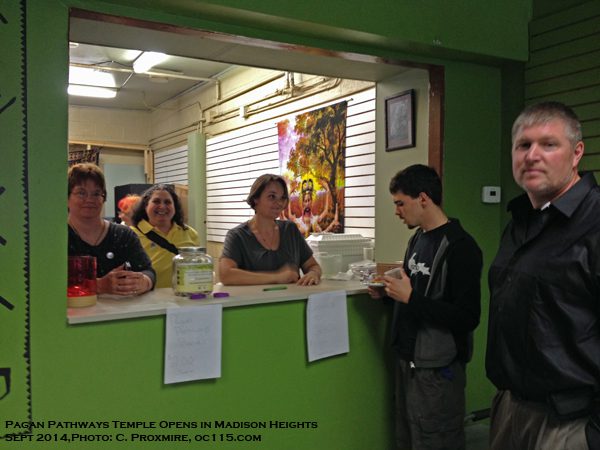 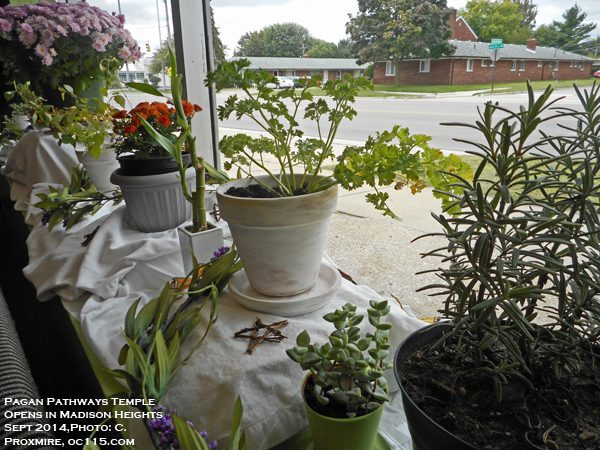 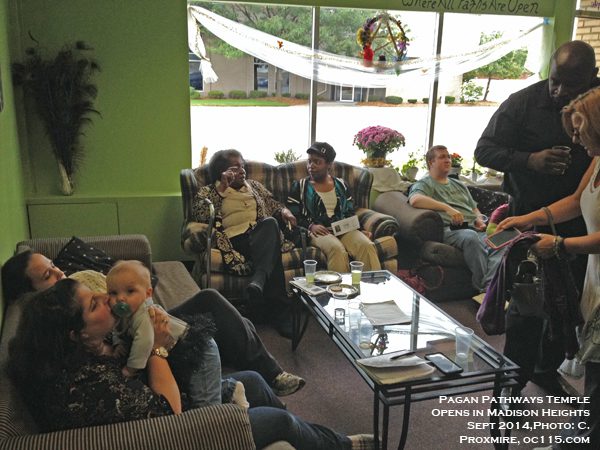 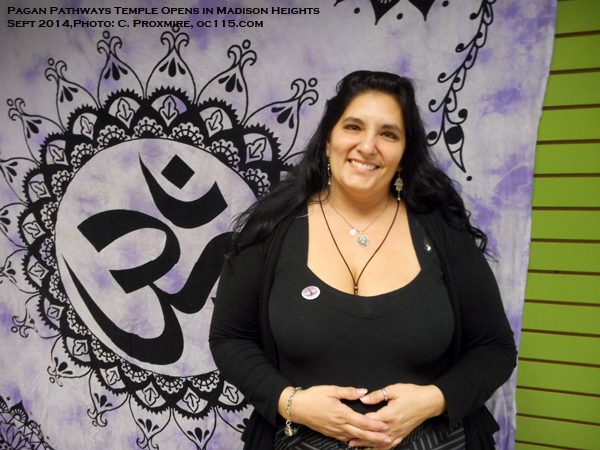 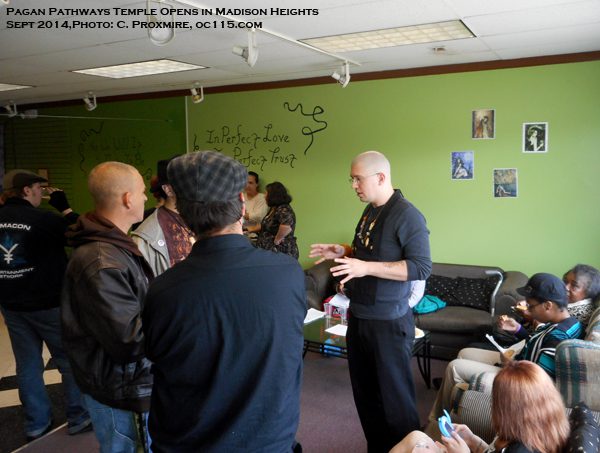 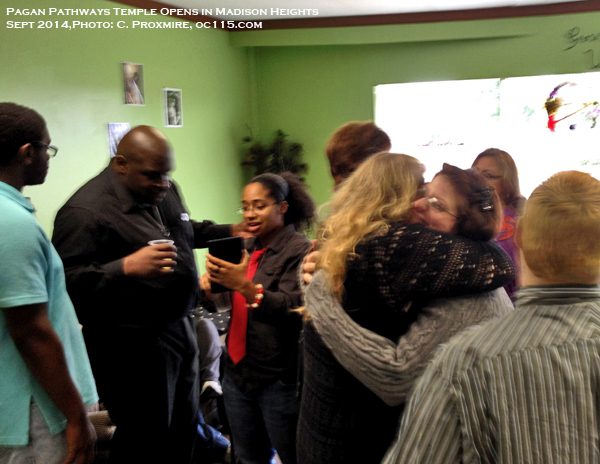 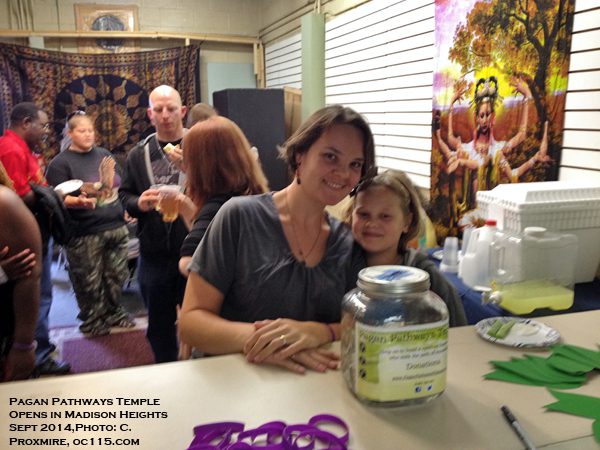 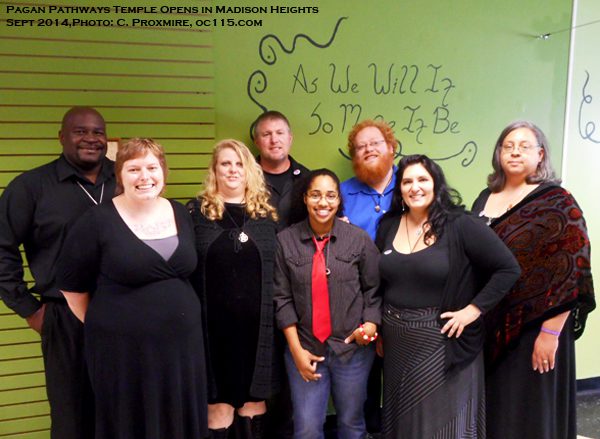 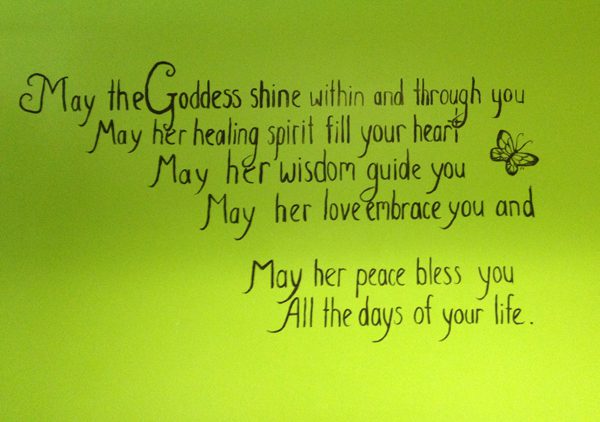