(Crystal A. Proxmire, Sept. 3, 2014)
When 33-year-old chemistry teacher Barb Webb’s pregnancy started to show, she figured it was time to let her administrator at Marian Catholic High School in Bloomfield Hills know.
Webb had been teaching at Marian for nine years. Five and a half years ago she began a relationship with Kristen Lasecki, and this year decided to start a family. The couple  legally married in Windsor in 2012, but the State of Michigan currently does not recognize their marriage.
At about 14 weeks into her pregnancy, she requested maternity leave. “On July 17 I went to the

administration in hopes of finding a method to be discrete. Marian has a morality clause that focuses on public displays of behavior that contradict the Catholic faith. I wanted to take a leave of absence so my pregnancy would not be a public display.”
Webb said that the administration’s initial reaction was to tell her they did not want her to take the time off. “That first meeting they said what’s best is for me to keep teaching,” Webb said. “We agreed to wait three weeks to give everyone a chance to think about it.”
Three weeks later, she said, the administration told her they could not offer her a leave of absence, but that if she wanted to resign they would pay for her medical insurance through the end of her contract. The offer did not include any wage severance, and it did include a nondisclosure agreement that would bar her from talking about why she left or what benefits she received. Webb said she refused and that the alternative was termination. 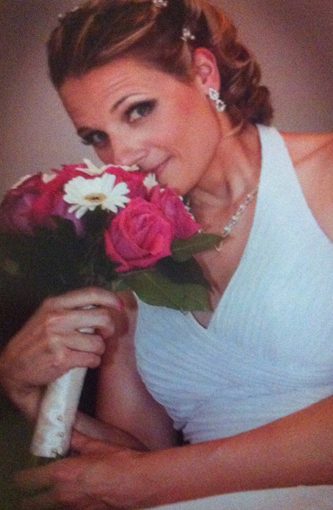 The issue for Webb as more over the nondisclosure agreement than the lack of severance pay. “I didn’t sign anything because people have a right to know. Having a baby is a human right and institutions should not punish people for that.”
Webb said the meeting was brief and that she had not given them a clear answer about resigning, but then she got a letter, with no reason given, stating that her

employment had been terminated.
“I don’t think it was because of my sexual orientation, or because of who I am,” Webb said. “but I think they did not approve of me having a child in a non-traditional way.” She said that Marian has had other gay faculty and students, but that “as long as they weren’t public about it, the administration was accepting.”
Marian administrators are legally bound not to discuss personnel matters. Patricia McCarthy, a spokesperson for the school, said “the fact of the matter is Marian High School is only able to comment on the fact it is a confidential issue.”
McCarthy also could not comment on the normal length of time employees are given for maternity leave, stating that also could breach employee confidentiality. The Family Medical Leave Act allows employees

12 work weeks of leave for the birth and care of a child. Most resources suggest that expectant mothers take leave at around 30-32 weeks. A full term is 38 weeks.
“I was giving them the option to be discrete, so I would not violate their policy” she said.  “The problem now is that people have to know.”
The story of Webb’s firing spread quickly online after friends, and then supporters, began to share a Facebook post about it. The post talked about being discriminated against, and included “Speak out against hate wherever you see it. Whether it’s writing a letter or calling Marian or setting a safe place in your own school or business. Don’t be afraid to be the change that so many of us need you to be. It is only when the masses can stand up to injustice that we all may have a chance to fulfill our life dreams and ambitions.”
Students

have formed a Facebook group in support of Webb and they are leading a campaign to call the school and raise awareness. “I’m telling them [the students] to focus on the bigger picture, to raise awareness that these types of injustices happen in 2014. It’s all about awareness.”
“My story has gotten over 1,000 shares but the number of private messages from students in a similar situation has been touching.”
Not all of the responses have been positive though. Some have questioned why Webb would work for a Catholic school knowing that her relationship could conflict with traditional Catholic teachings and the school’s morality clause. “That is a valid question,” she explained. “When I interviewed for the job I knew it was a Catholic school. When they asked about strengths and weaknesses, I acknowledged the fact that I didn’t go to Catholic School and I did not know what differences that would make. I was not Catholic and I mentioned that as a weakness. I was told you don’t have to be Catholic, that they hire people from all kinds of backgrounds. I figured that since I was teaching chemistry and not religion that it would be okay.
“Besides, all the other things that make Marian great are things that I love about Marian. I love the fact that they pray. I love that they are about charity and helping others. I am a person of faith, and my personal life does not conflict with that.”
Webb said she is unsure if she will pursue any legal action against the school, but that she has consulted with an attorney to help her with several issues such as unemployment and insurance.
“What I mainly want people to take away from this that it inspires them to stand up against discrimination when they see it and make a difference in their own lives.”