various faiths to the peacefully wooded landscape of Green Acres Park in Hazel Park. The event was a celebration of nature, and the many belief systems that are rooted in the human connection to the divine through appreciation of the gifts that can be found on earth.
Though Pagan principles long pre-date Christianity and other organized religions, there are many perceptions of what Paganism is. Several groups were on hand to share what parts of faith were important to them. There were also opportunities for fun, celebration, enjoying art and networking.
Stanley Nunn is the founder of the Pagan Pathways chapel which is opening in Madison

Heights in September. Nunn explained “Pagans in general are mostly nature-based doctrines, groups and organizations who see the divinity in nature and use nature as a conduit through which we connect to the divine. We see ourselves as a part of nature and we contribute to its growth and its health.”
Traditions vary and there is no one right way of being a spiritually-connected person. “We don’t have a holy book,” Nunn said. “Our worship is experiential. We actively seek a connection to the divine and to our creators and through that search, through experience through ritual and communion, we learn more about ourselves, more about our connection to nature, and therefore our connection to our creators.”
For 25-year-old Taylor resident Jackie, being part of the Michigan Council of Covens & Solitaires has been a way to express her faith and to help others. The group runs a free

Pagan Library and a pantry for those in need in the general community. Her conversion from being a Southern Baptist to being a Pagan witch began seven years ago when she left home and took a job on Mackinac Island, where she was enchanted with the nature around her. “My spirituality honestly is one of the most important things

in my entire life because I’ve been a practicing Pagan and a practicing witch for seven year, so I’ve dedicated a good portion of my life to it.”
Jackie said that a lot of people have questions, including about Hollywood misconceptions, like the stereotypical idea of casting spells. “Yes, I do cast spells, but it’s along the lines of saying a prayer. You’re putting your intentions out, building the energy and sending it out there and manifesting your hopes.”
Families came from all over the state to participate in the festival, which is in its seventh year. In addition to booths for various groups, there were workshops and activities such as wand-making, meditation, Pagan parenting, creativity ritual, working with crystals and even a balloon race. To learn more about Pagan Pride Detroit, check out their website at http://www.paganpridedetroit.org/. 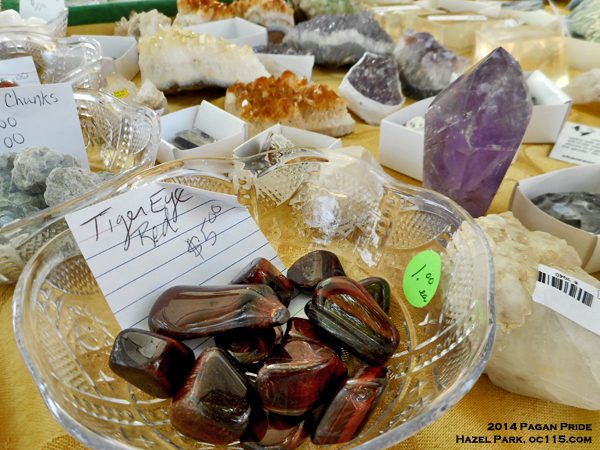 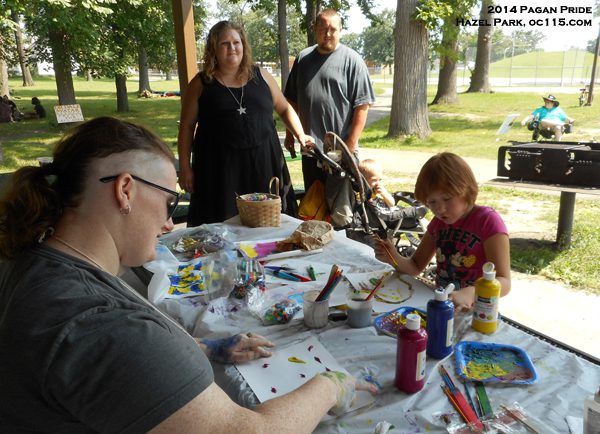 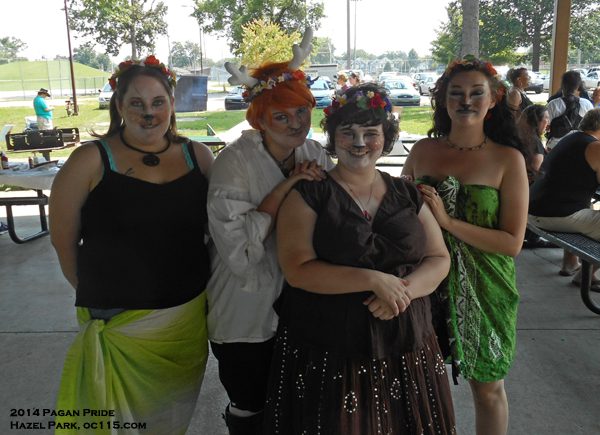 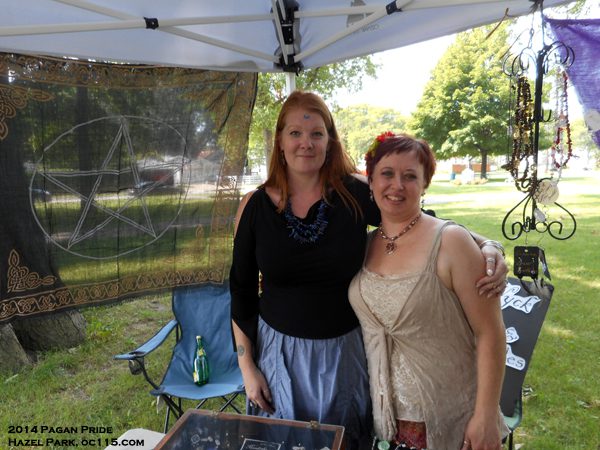 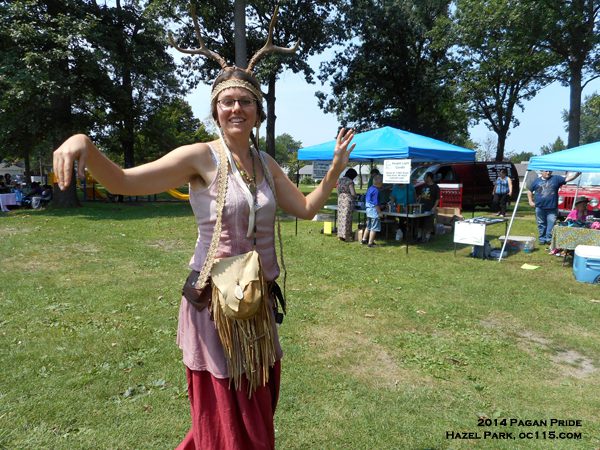