The Lights and Sirens Parade is a Ferndale tradition that gives police and fire departments, along with historical vehicle collectors, a chance to blare their sirens, flash their lights, and zip down Woodward

Avenue to usher in the official start of the Dream Cruise.
But in this year’s celebration, one car carried an extra special message. Family and friends were honored to watch Dan and Arlene O’Rourke take part in the opening ceremony and drive their son’s now de-commissioned squad car in the parade. Their son, West Bloomfield Sgt. Patrick O’Rourke was murdered

in the line of duty in 2012, in a chilling reminder of the dangers police officers face when working to protect the public.
Dan O’Rourke shared the story of Sept. 9, 2012. “My son and four other W. Bloomfield officers were sent to a home where a heavily-armed man had barricaded himself into a bedroom and he was said to be suicidal,” O’Rourke said. “When the team arrived, he fired a single shot, leading the guys to believe he had committed suicide.
“After a brief interlude of no activity at all, they entered the home to check on his well-being. That’s when they found out it was a trap. He ambushed the officers and he opened up fire with an Uzi, spraying the walls with gunfire. One of those shots

pierced the drywall and entered the hallway and struck and killed my son instantly, and forever changed our lives.”
After quite a bit of pleading, the O’Rourke family convinced the West Bloomfield Police to take their son’s car out of commission and sell it to them. The car was stripped bare and sat in their garage for a year. Finally Jeff Gomez of Orchard Lake helped the family turn it into a tribute car, and Patrick

Nolan of Priority One did the final restorations. “When I tried to pay him for it, he wouldn’t take a dime,” Dan O’Rourke said.
After the ceremonial ribbon had been cut, the couple drove their son’s tribute car north on Woodward, helping lead a long line of police and fire vehicles of many ages.
The Dream Cruise carries on through the weekend, with an estimate million people converging along the Woodward corridor to show off and watch classic cars. Cities along the route have special events like car shows, concerts and kids’ activities. For event information see http://oaklandcounty115.com/events/.
Join in the conversation at https://www.facebook.com/oc115.
If you are a business or group that supports our work go to http://oaklandcounty115.com/sponsorshipadvertising/.
If you are a reader who wants to see the oc115 thrive, go to http://oaklandcounty115.com/reader-support/. 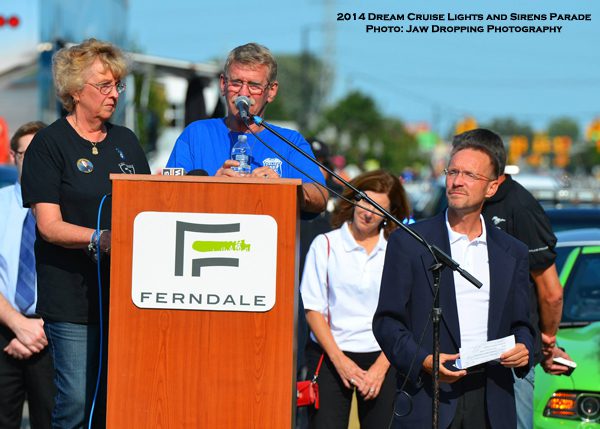 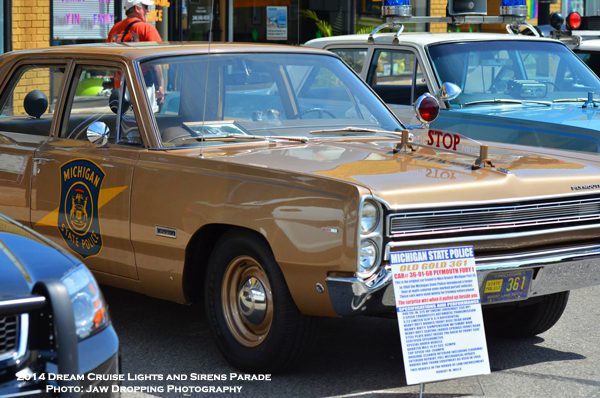 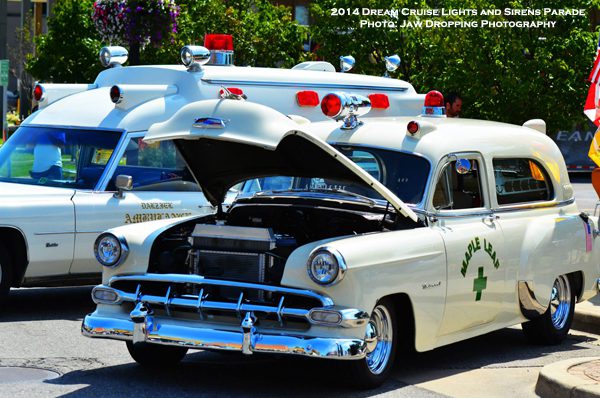 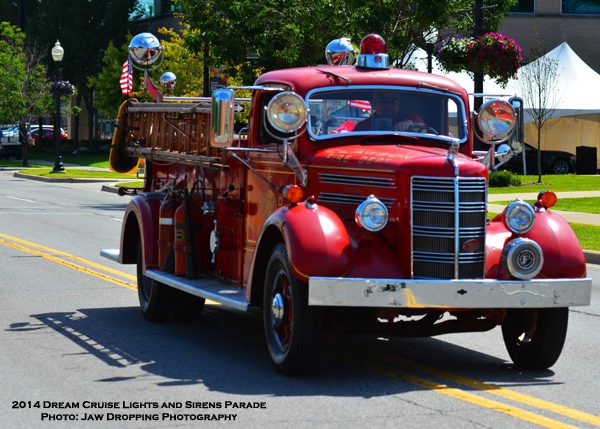 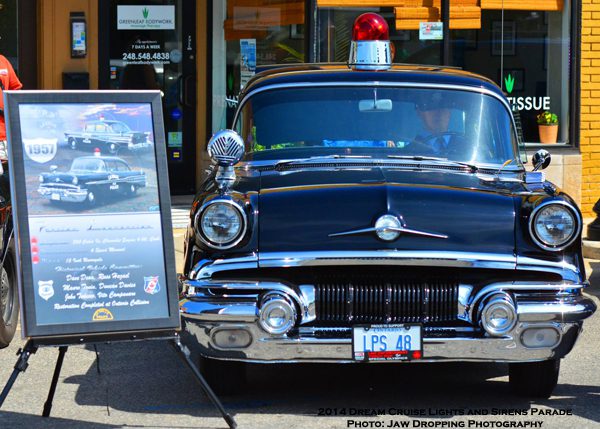 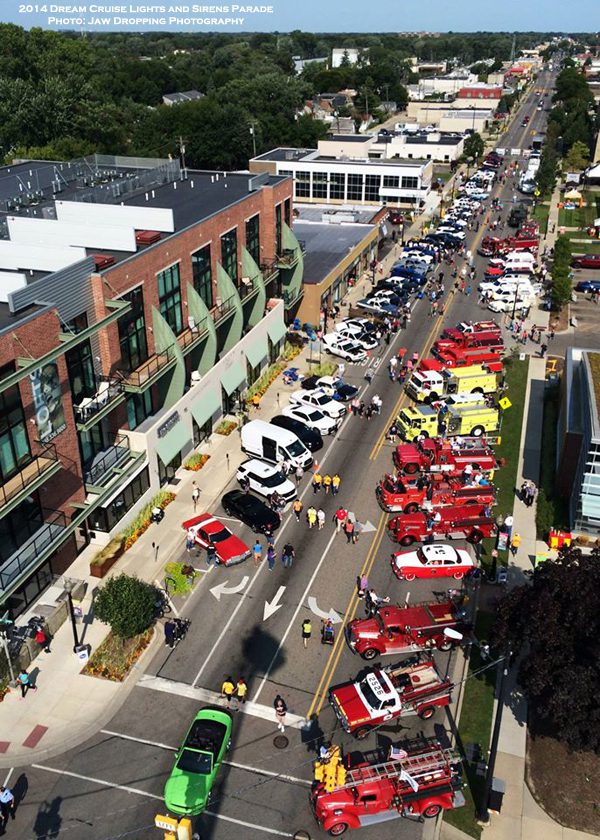 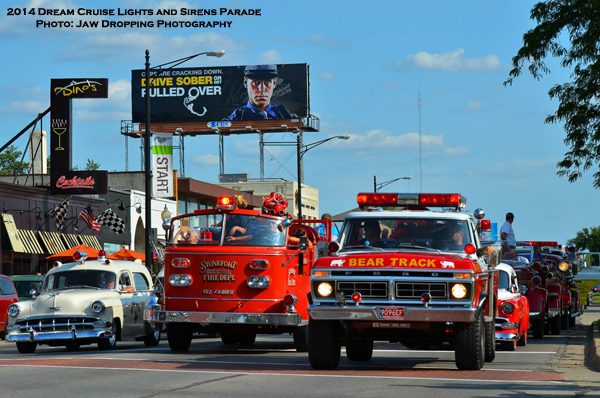 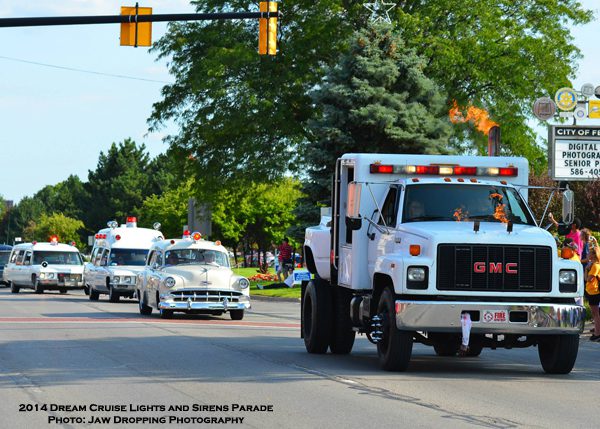 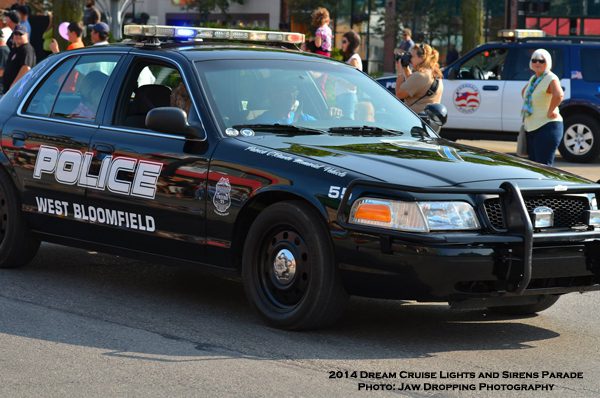 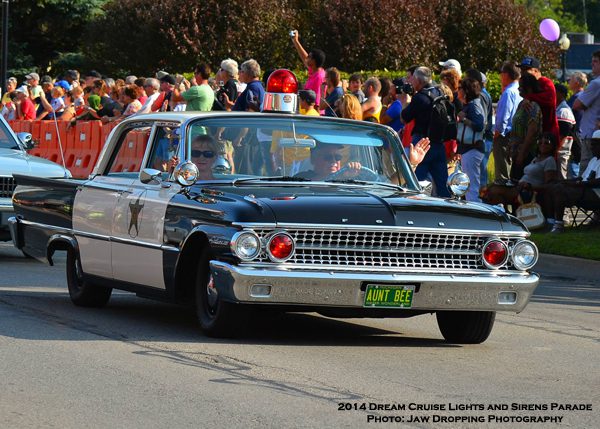 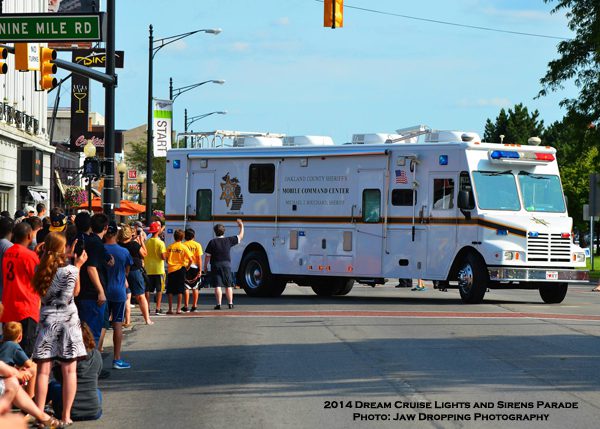