If you saw some scooters running around metro Detroit this weekend, you had an encounter with Detroit’s Rovers vintage scooter club. The Rovers reached a milestone on August 1, 2014. They were celebrating 10 consecutive years of hosting a standout rally in the midwestern scooting scene. Largely based in Ferndale, Royal Oak, Berkley and the surrounding areas, the Rovers are a scooter club dedicated to the riding and restoration of vintage scoots.

with a reception at the New Way Bar. New Way offered dedicated scooter parking, additional staffing and plenty of ice cold refreshments for the event. DJ Grover filled the space with hits and rarities from the 60’s and spun mod, R&B, soul and even a little rock. Between the Woodward Avenue Dream Cruise and the Motor City Shakedown, it was a busy weekend on Woodward.

Saturday morning saw the scoots converge on M-Brew on Vester Street. M-Brew catered the event in their multipurpose game room while still serving the locals with their great coffee and selection of breakfast foods. Soon enough, the ride departed, with 60 vintage and modern scooters and motorcycles headed out on a 50 mile tour of Detroit.

The ride took rally attendees from Ferndale into the east side and by the Coleman A. Young International Airport, and all the way, riders were

greeted with questions, thumbs-up and waving from the residents along the way. It’s quite a sight to see 60 vintage scooters, some looking shiny new and some with a fine patine of age, unexpectedly come through your neighborhood. The ride made it’s way past the Conner Ave. Assembly factory and the yin and yang of beautifully cared-for residences and some of the same, sadly returning to their base elements. A mid-way stop at an abandoned marina gave folks a change to stretch their legs and then it was onto the west side, the site of old Tiger’s Stadium and lunch at St. CeCe’s Pub in Corktown. The ride heading out “the long way” back up through west side neighborhoods before an impromptu stop at the famed Stonehouse bar near State Fair.

After a bit of a weather delay due to flooded streets, the group headed downtown.

The Tangent Gallery in midtown was the site of the evening event on Saturday. Tangent is a multi-pupose space that hosts art-centered events and parties year-round. It features a large performance/gallery space, a large bar area and a landscaped outdoors area with a fire pit and space for a small food operation. Everything was in full swing on Saturday night, and a parade of entertainment was put on for Rally attendees and the general public. First off was the “Briscoe County Vultures”, BCV blazed through a set that included songs from their recently released eponymous EP, to the crowds delight. After a quick load out, the second event of the evening happened, as Russell A. Taylor’s art experience “Sartori Circus” took over the space. Sartori Circus is performance art and consists of set-pieces of well-performed live singing, accompanied by an outstanding soundtrack. Finally, and headlining the night was “The Pressure” from Pittsburgh. Playing a mix of rocksteady beats to an enthusiastic crowd, the Pressure pleased with a tight set of relaxing yet

invigorating sounds that had the crowd moving. Due to the late start due to the weather, the schedule conspired to rob the crowd of an extended set. Mutiny was avoided due to the late hour and the need to present the rally awards and raffle off the prize bags and the rally scooter, this time a 1965 Lambretta Li125. Tickets were drawn and happy winners approached the stage to claim their winnings. The awards were then handed out and the anticipation began to grow for the scooter drawing.

At this point, the Rovers in attendance turned to their non-rovers

friends and acquaintances to hand over their tickets – they can’t win the scooter. One ticket was drawn and a diminutive character who rode the rally ride on a tweaked Honda Ruckus came forward as the winner. Randy Postlewait was understandably excited and posed triumphantly with his new ride. “I feel like I’m stealing a bike from the club” said the visibly shaken Postlewait. He continued, “I promise to go on every ride, and as far as I’m concerned I’m a member!” He wasn’t the only winner on the night, as proceeds from the raffle will go to a Detroit charity.

Sunday arrived late for many, but eventually, a sizable crowd made it out to Bosco in Ferndale for the goodbye breakfast. Another year of Shakedown memories are in the book and the vans and trucks were packed for departure. They departed for Ohio, Canada, Pennsylvania, New York and to other nearby areas. Many of them will be back, along with some new faces, for Motor City Shakedown 11 in early August, 2015. 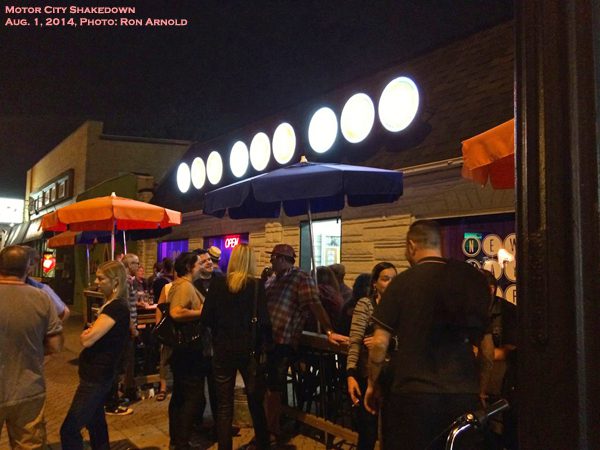 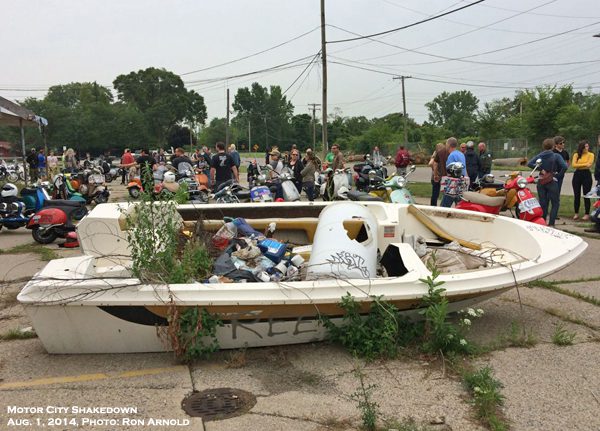 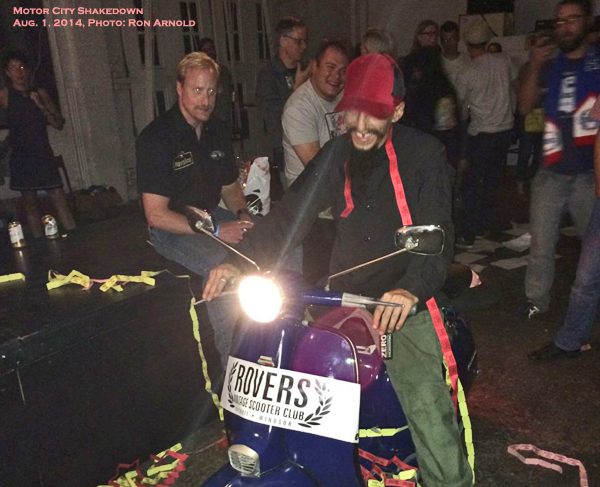 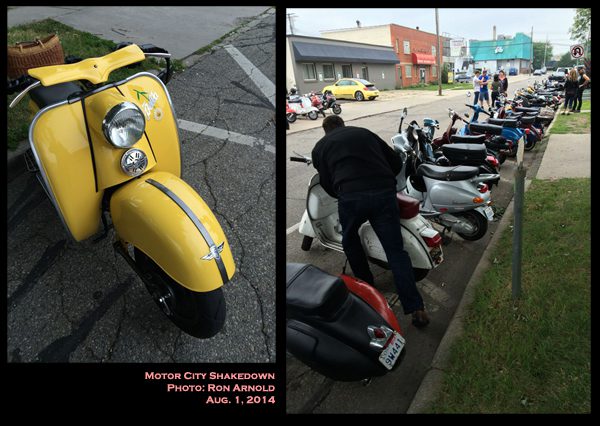