(Crystal A. Proxmire, Aug.1, 2014)
A crime log released by the Oakland County Sheriff’s Department today states that “The Ferndale Fire Marshall requested a Fire Investigator for a fire in the 800 block of Hilton… An OCSO Fire Investigator and OCSO Arson K-9 responded to the fire scene. The K-9 alerted to the presence of accelerants and the fire

remains under investigation at this time.”
The fire took place Wednesday morning at the Mandaean Association of Michigan center at 800 Hilton Road in Ferndale, with 911 getting a call at 8:33am. The center is a place of gathering and worship for Iraqi Americans who follow the Mandaean faith.
The fire started in the back of the building, causing major damage to the kitchen area, with smoke damage through the building.
“We have to maintain the integrity of the scene while we do the investigation, but we did retrieve some of their Holy books that had not been damaged by the fire,” said Fire Marshal Brian Batten on Wednesday. “There is an office area of the building and fortunately that was not very damaged so their records and important documents are safe.”
In a follow up phone call Friday, Batten said they are still looking at possible

accidental causes.  “The presence of an ignitable liquid does not mean that someone intentionally put that liquid there for the purpose of a fire.  There can be accidental causes.”
The liquid is not known at this time, and it could be weeks or even months before test results come back from the lab, he said.  “Our job when we investigate is to come up with a hypothesis of where the fire started and what caused it, then we have to prove our hypothesis,” he said.  “We have a couple different hypothesis’s that we are still

looking at.  We are investigating this carefully and hope that we can make a determination of the cause.”
He said that the damage should be covered by the group’s insurance.
According to Arabamerica.com:
“The Mandaean Association of Michigan is primarily made up of immigrants from Iraq who immigrated to the greater Detroit area.
Mandaeism or Mandaeanism is a monotheistic religion with a strongly dualistic worldview. Its adherents, the Mandaeans, revere Adam, Abel, Seth, Enosh, Noah, Shem, Aram and especially John the Baptist.

Mandaeism has historically been practiced primarily in the countries around the lower Euphrates and Tigris and the rivers that surround the Shatt-al-Arab waterway. This area is currently part of southern Iraq and Khuzestan Province in Iran. Persecution in Iraq and Iran has caused many Mandaeans to leave for diaspora populations in Europe, Australia and North America.
There are thought to be between 60,000 and 70,000 Mandaeans worldwide,[1] and until the 2003 Iraq war, almost all of them lived in Iraq.[5] The 2003 Iraq War reduced the population of Iraqi Mandaeans to approximately 5,000 by 2007.
Most Iraqi Mandaeans fled to Syria and Jordan under the threat of violence by Islamic extremists and the turmoil of the war.”
The investigation continues. This story will be updated as more information becomes available.
Previous story: http://oaklandcounty115.com/2014/07/30/fire-at-mandaean-center-in-ferndale-wednesday-morning-updated/ 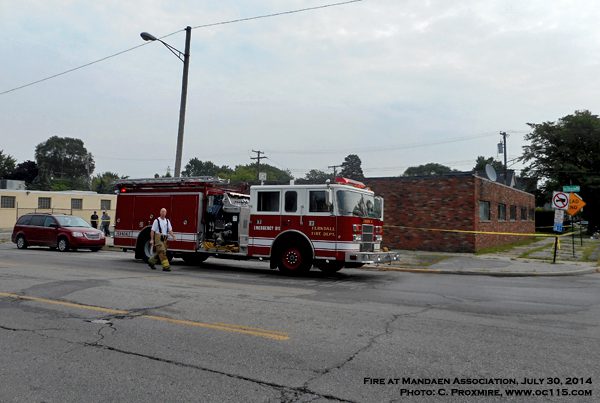 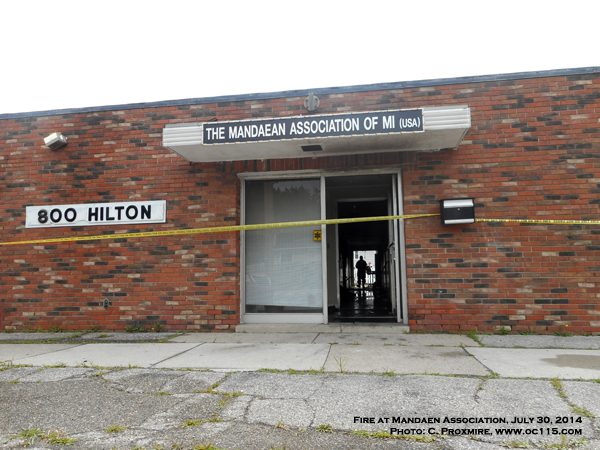 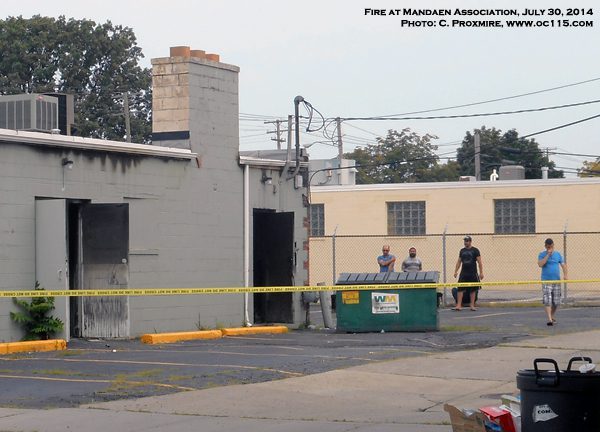 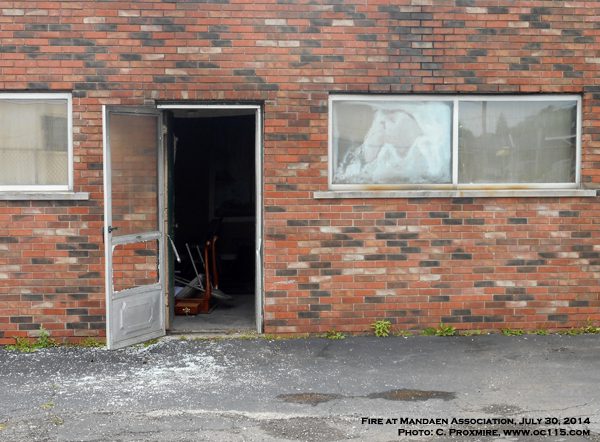 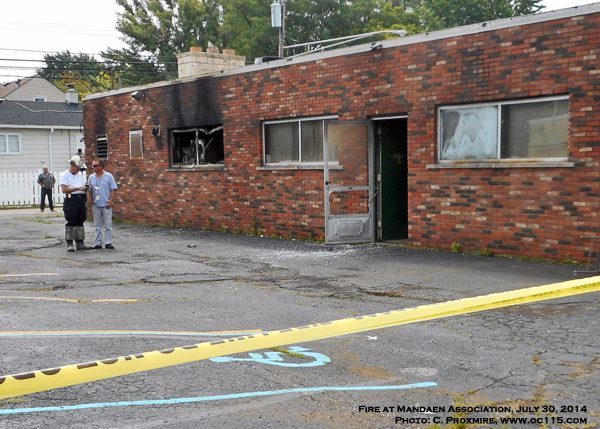 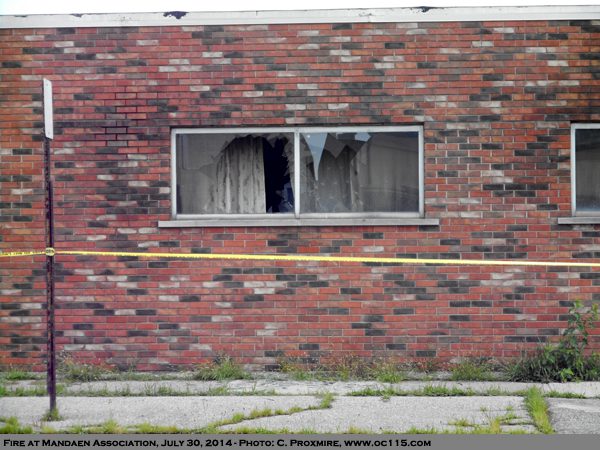 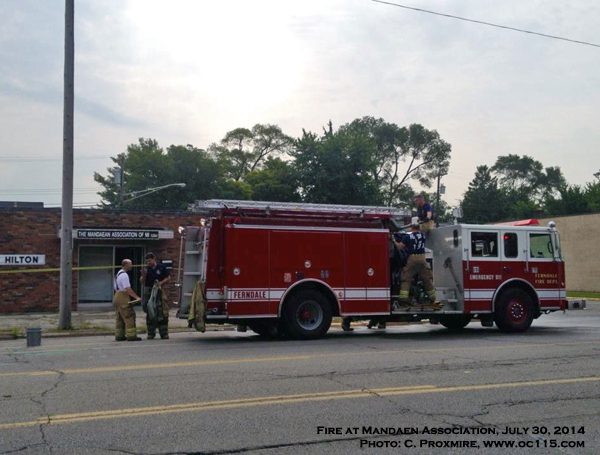 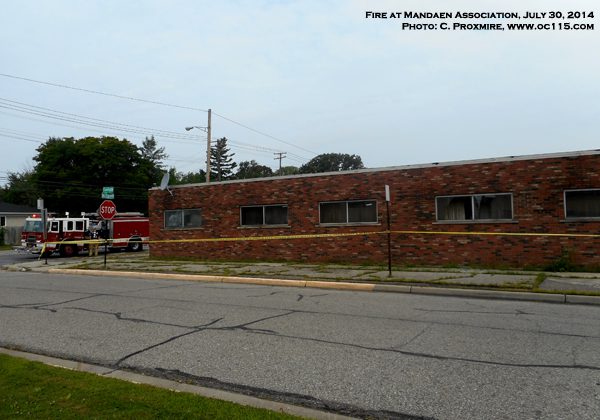 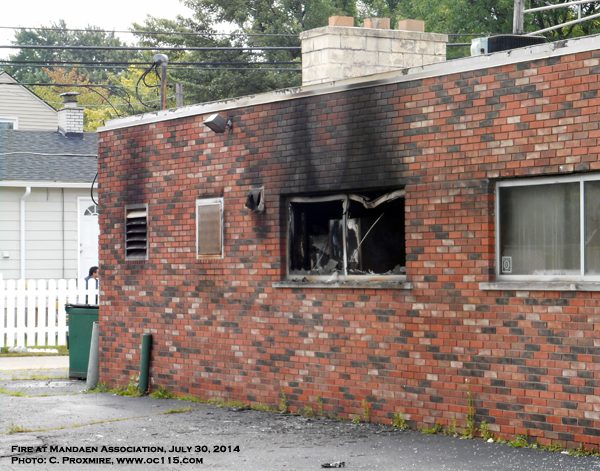 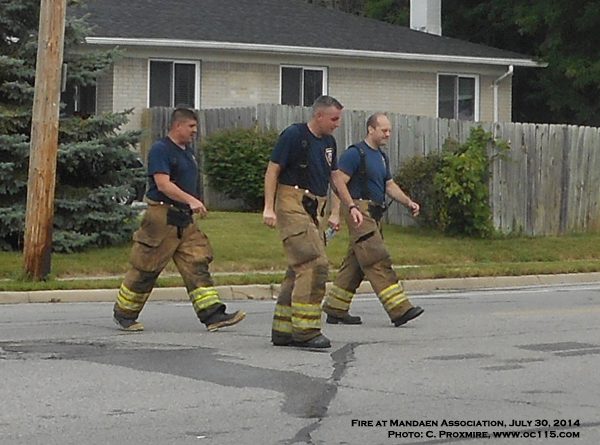