UPDATE:  A fundraising site is available at http://www.gofundme.com/sholty-fire-fund.
When Jeremy and Ellen Sholty got the call that their home was on fire Tuesday afternoon, they left work

and rushed to the scene only to find firefighters standing back and watching it burn.
“They had to wait for DTE to cut the power before they could use water,” Ellen said. “It took almost two hours but by then everything was gone.”
The only consolation for the couple was that their dog Artemus was safe.
The next door neighbor heard an explosion at 2:30pm and her brother Patric [no k] Dutcher acted quickly. “Basically

what happened is the transformer at this line fell off and when it blasted off it landed on their [back] porch and from there it blasted again and it lit. As soon as we noticed it was lit back there, he kicked down the door to their house and got their dog out.”
Patric said that fire crews scolded him for having taken such a risk, since

moments later the house was electrified from the fallen wire. Within minutes the smoke and flames could have killed him.
The neighbors said that only a week ago the transformer just to the west, connected to the same group of wires, had blown and been replaced. The home, on Mandalay just south of 14 Mile, is kitty corner from the DTE substation. Aerial footage from WXYZ News shows sparking from the electricity amid the flames. Over 500 people were without power, including businesses along Woodward Avenue, because of the incident.
By the time DTE crews arrived and turned off the power, the home was a total loss. Amid the steaming rubble little could be recognized except for the stove, and what appears to be the transformer and wires that likely started it all.

The couple was renting the home. “Everything we had was in there,” Jeremy said. “What we’ve got on, that’s it. We don’t even have clothes to change into for tomorrow.”
Join in the conversation at https://www.facebook.com/oc115.
If you are a business or group that supports our work go to http://oaklandcounty115.com/sponsorshipadvertising/.
If you are a reader who wants to see the oc115 thrive, go to http://oaklandcounty115.com/reader-support/. 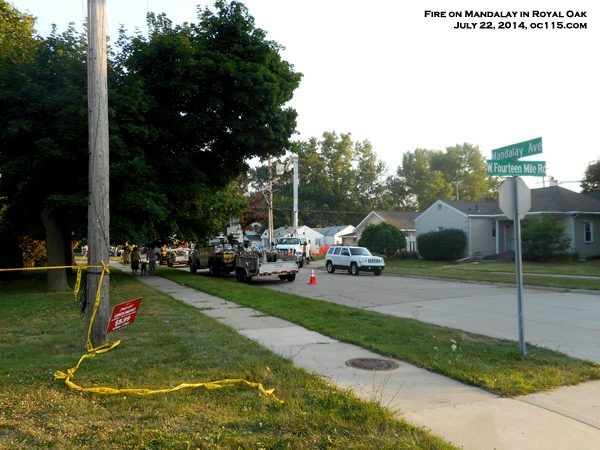 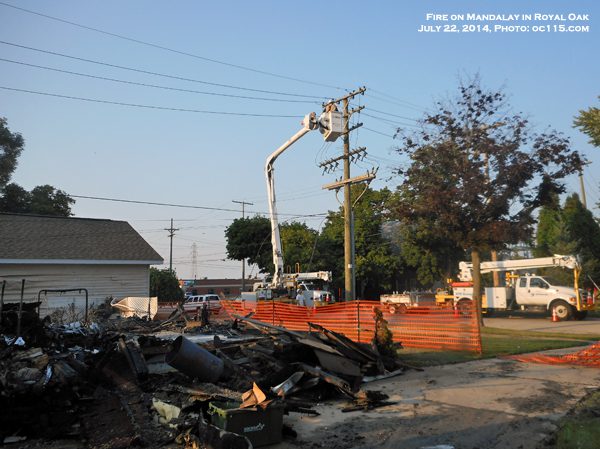 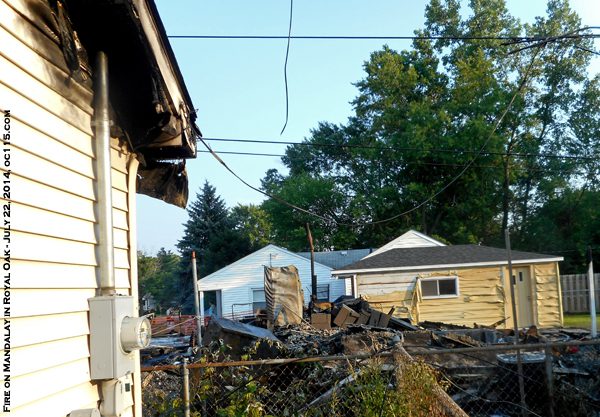 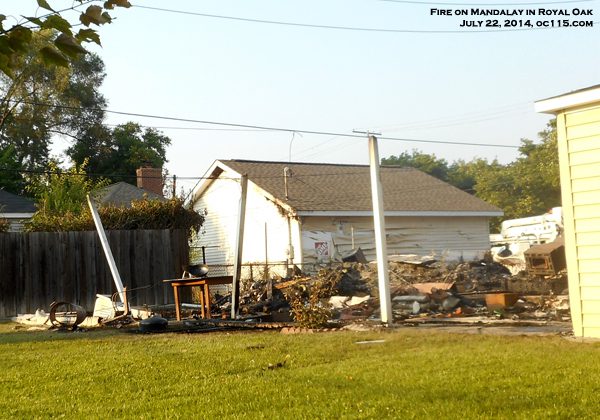 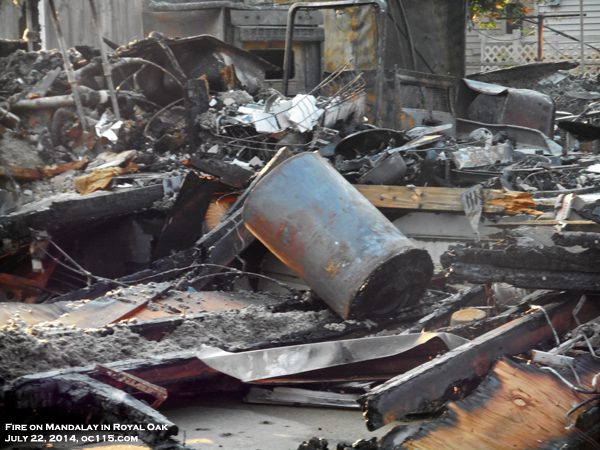 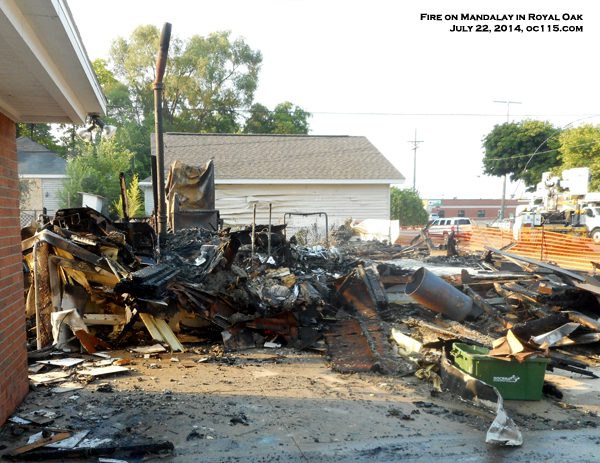 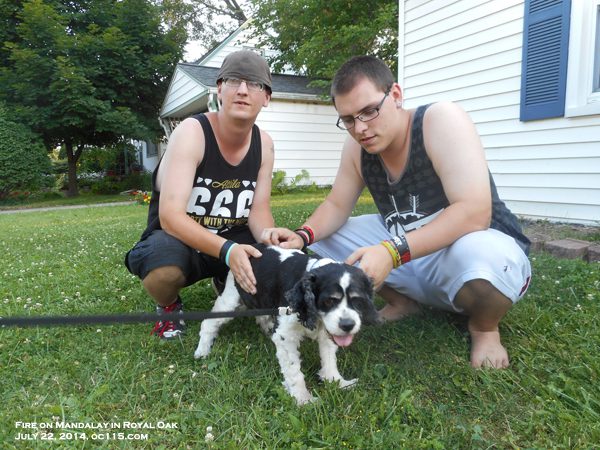