Homes and a Business Get Ferndale Beautification Awards

Homes and a Business Get Ferndale Beautification Awards

(Crystal A. Proxmire, July 16, 2014)
The Ferndale Beautification Commission recognized four homes and one business for their June Beautification Awards, with property owners getting a lawn sign and recognition before City Council.
M-Brew, the new “up north” style beer and pizza joint opening today, earned the honor for commercial business beautification. Dean Bach, who also owns Dino’s Lounge, transformed the old VFW Hall located at 177 Vester into the fun new hotspot. A sneak peak at the renovations can be found at http://oaklandcounty115.com/2014/04/15/sneak-peak-of-m-brew-in-ferndale/. A soft opening takes place today at 4pm.
277 W. Hazelhurst was recognized for their use of flagstone and abundance of lavender plants, mixed with

hosta and lilies. The home is owned by Andrew Friedon who has lived their three years.
1387 E. Hazelhurt is a double lot with wood chips instead of grass for the front yard, lined with hosta and trees. For 18 years Julie Julie Alfoiett has worked to build a large garden in the back yard, including pear trees.
Rod Harris of 274 E. Drayton was honored for the work he put in creating the landscape of his home over the past 14 years. Large red stones create a raised area and Harris selected tall thin trees that fit the size of the small lot, with a purple beach, Scotch pine, and Colonial blue spruce adding what the commission called “lots of play of colors and textures.”
306 W. Cambourne was also honored. Ann Mare Podwaski, who has lived there since 2004,   has what the commission dubbed a “really show stopping” corner lot, edged with a garden and quaintly-spaced hedge

row.
The Beautification Commission encourages property improvement in the City with awards given during the summer months. Nomination forms are available at the DPW Office, City Hall and the Kulick Center. Or people can email suggestions to ferndalebeautificationcommission@gmail.com. 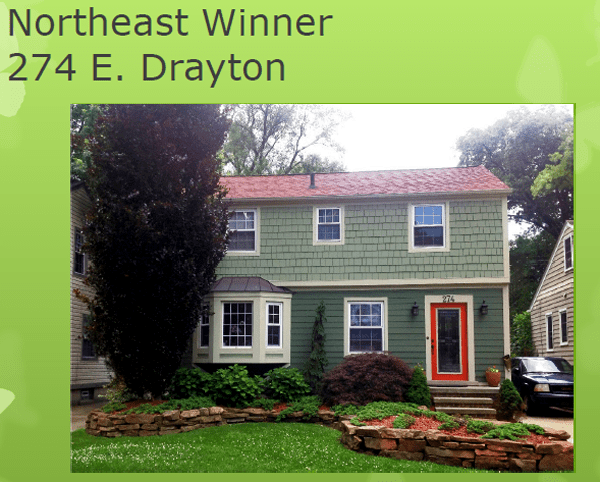 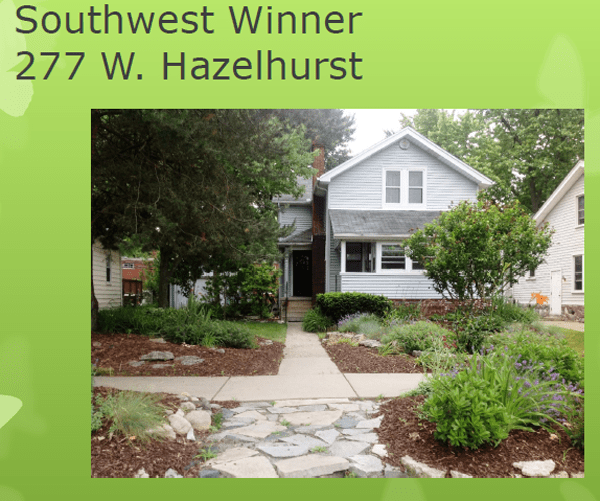 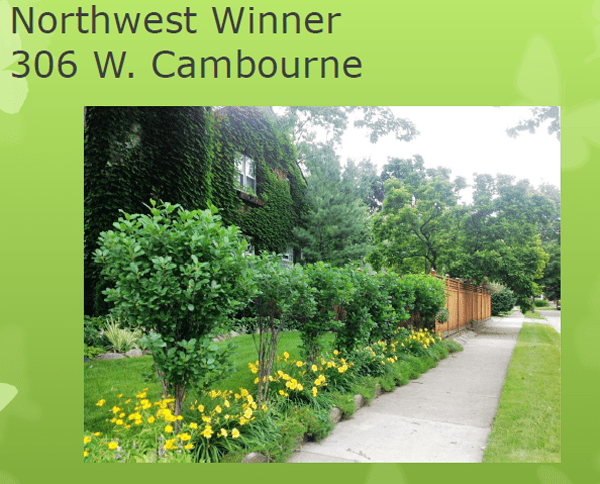 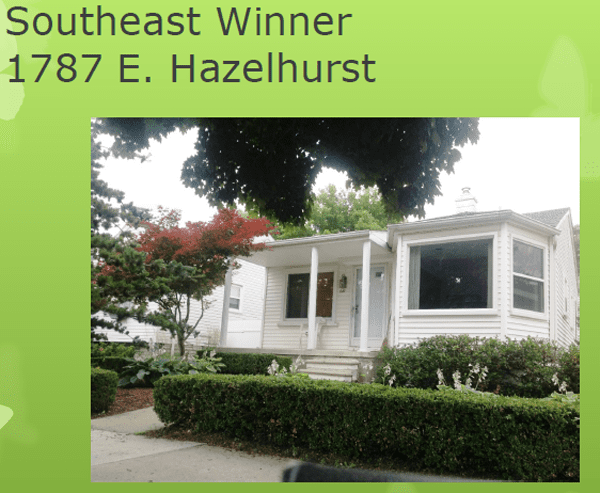 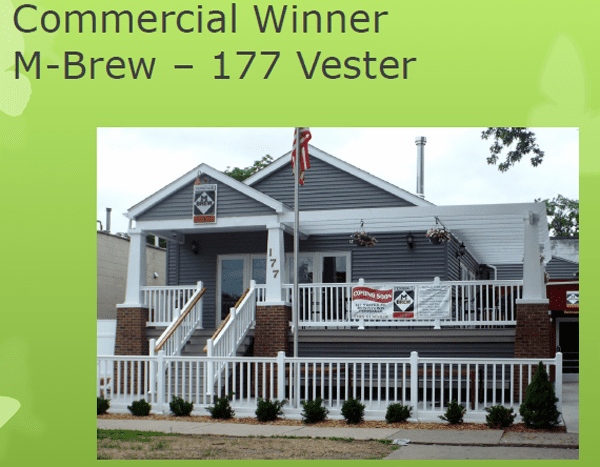