Wielding the big pair of ceremonial scissors and a grin, Judge Joseph Longo took center stage Thursday evening for a

ribbon-cutting over a dozen years in the making. The Ferndale courthouse and police station remodeling projects were finally complete.
The $2.4 million project added much needed space to the courthouse, which was once a mattress store. Waiting areas, storage space, more room for the office staff, and several accessibility upgrades were among the highlights of the court renovation. From the outside, the building no longer looked like a wood paneling box set behind prison bars, and inside the space and the light from large windows make it a somewhat less depressing

place to be for those coming in for court cases and to pay tickets.
Both the court and the police station received improvements to safety as well. In the court, the long hallway helps prevent someone from coming in the building and instantly accessing the courtroom. In the police station there are many new features, including a sally port where police vehicles drive right into the station

with prisoners. There is a new key tracking system, new evidence lockers and storage, and a clear division of space between civilian employees work area and the lock up area.
Neither building was designed to be ornate. “It may not be the Taj Mahal, but it is a very functional, working man and working woman’s police department and we’re very proud of it,” said Police Chief Timothy Collins.
Ferndale Mayor Dave Coulter praised the efforts of former City Councilperson

Scott Galloway for pushing to modernize the public buildings, and he gave the most credit to the Judge who came up with the plan and stuck with City Councils over the years to keep the project sacred in City officials’ minds. “Judge [Joseph] Longo had the tenacity and the vision and the wherewithal to make sure that we were collecting the monies – not out of taxpayer funding… But this building was really paid for by the speeders and scofflaws of Ferndale, and

we appreciate all of you who contributed to this building, not our taxpayers,” Coulter said. “But it’s been the Judge’s vision and foresight and tenacity over the years to make sure that this day finally happened,” Mayor Coulter said.
Judge Longo, who suffered a major illness

during the time of construction, thanked fellow Judges Goedert and Hunt for handling cases, and his staff who not only had to run the court, but they had to do so in the inconvenience of temporary locations, while missing their normal judge, and while working with the City and the contractors to keep the construction process running smoothly.
For previous stories, including “before” pictures and video from the groundbreaking, check out: 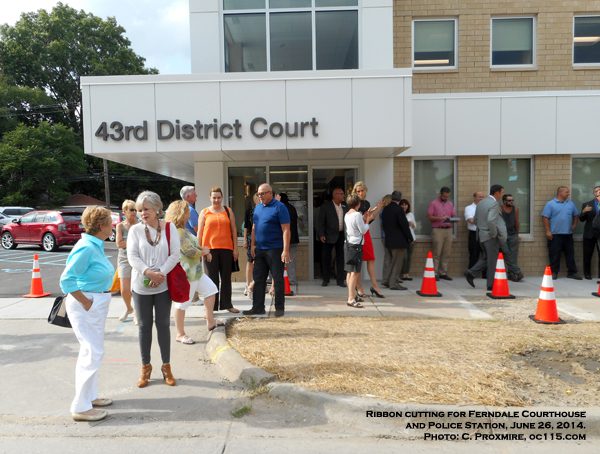 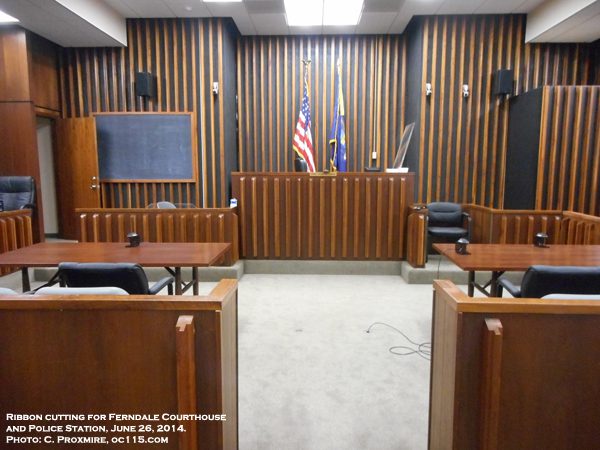 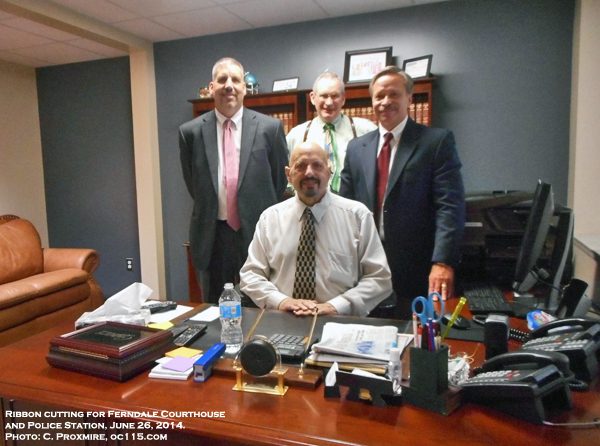 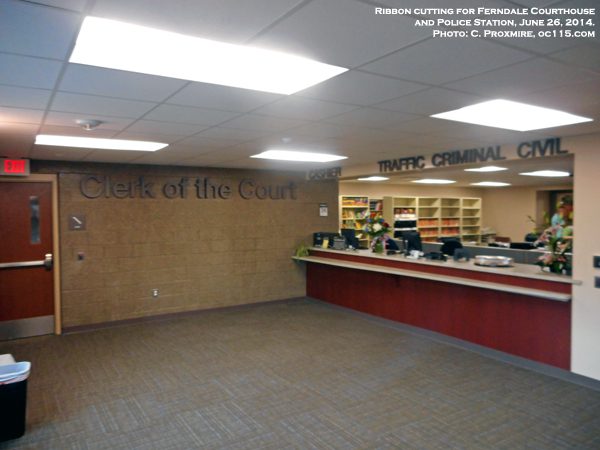 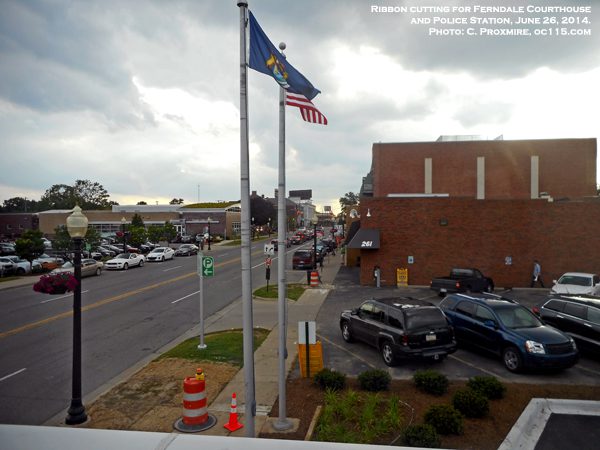 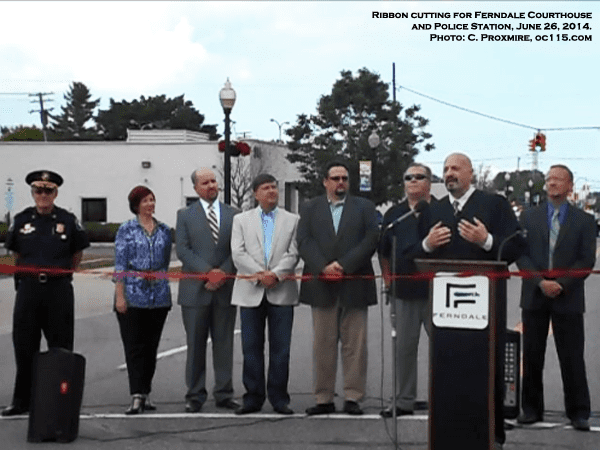 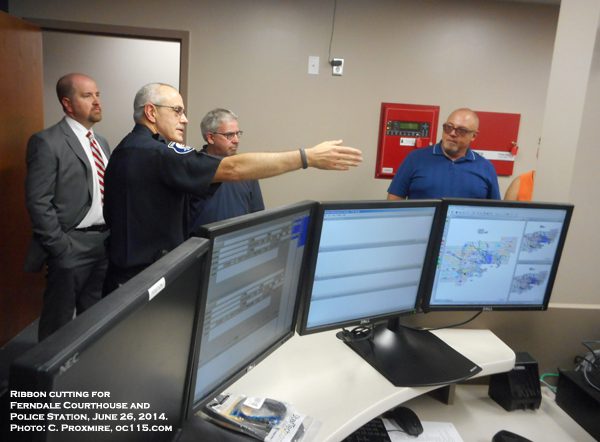 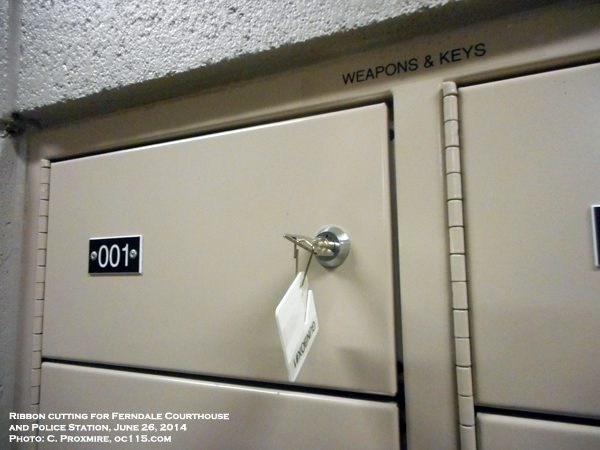 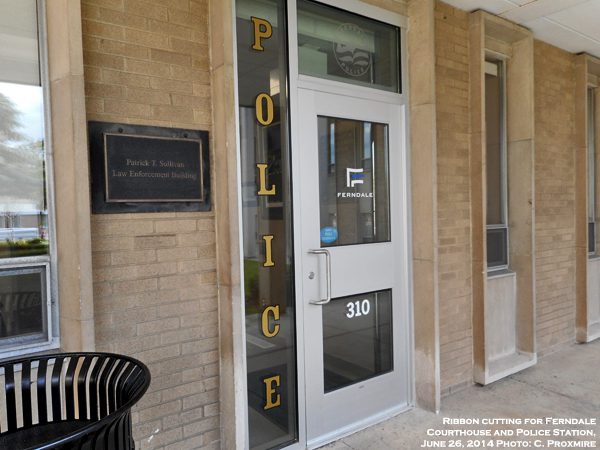