Ferndale’s Best Bartenders Rock the Art of the Cocktail

(Crystal A. Proxmire, June 20, 2014)
Thursday night’s Art of the Cocktail event featured two things Ferndale is known for: bartenders and public art. The ARTWN fundraiser featured bartenders from several establishments competing to see who could create the most

delicious drink. The event also gave attendees a personal peek at the new M-Brew, an up north style beer and pizza joint on Vester Street.
Nick Brancaleone from Valentine Vodka took home the trophy with a drink using Valentine’s White Blossom Vodka. Jade Cole came in second with Liberator Gin and Adrienne Kowalak from Dino’s came in third using Woodward Whiskey. The bartenders drew their liquor at random and all had access to the same pantry items.
The Reefermen played and guests painted on a mural outside.
“As a volunteer and member of the MBrew family, I am so proud. It was a new idea, in a new place, and everyone pulled together to make it perfect,” said Andrea Johns who helped coordinate the event.
If all goes well, M-Brew will be ready to open in July. For an in-the-middle-of-construction sneak peak, check out our previous article at

http://oaklandcounty115.com/2014/04/15/sneak-peak-of-m-brew-in-ferndale/.
For more on the ARTWN public art project, see our previous stories: 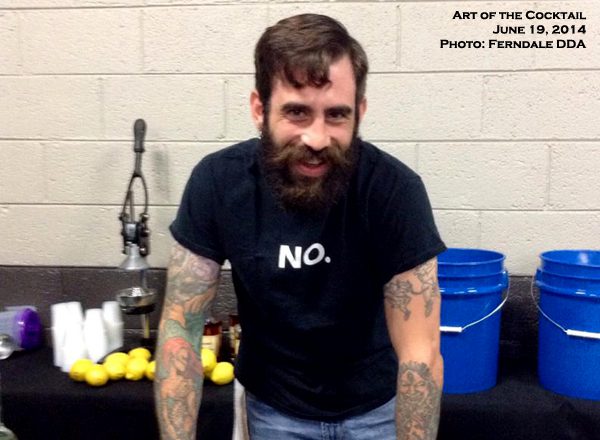 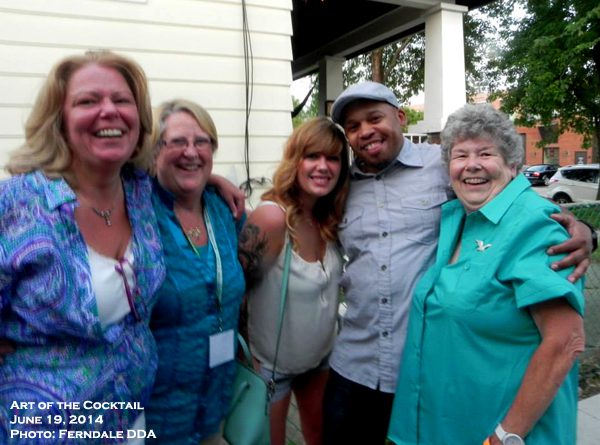 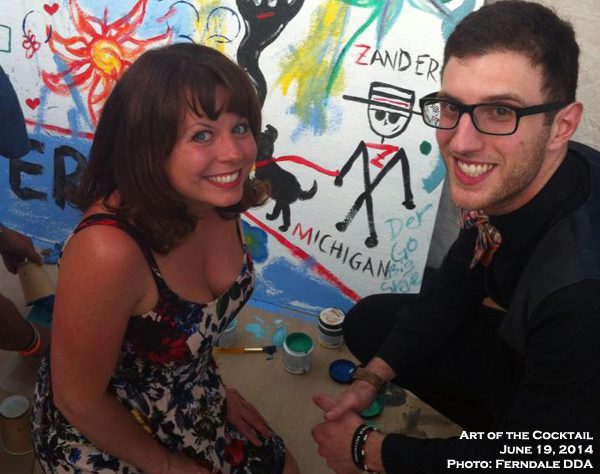 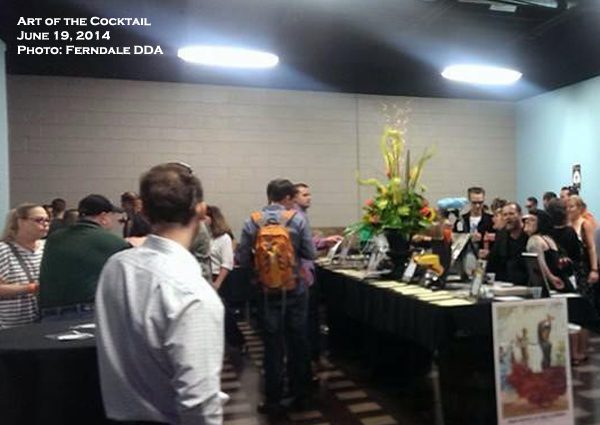 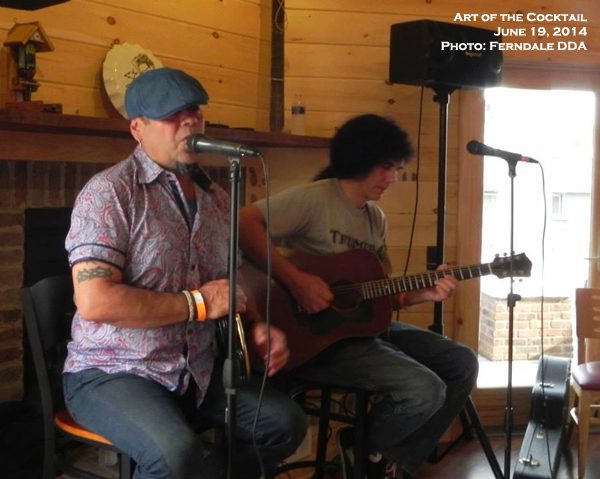 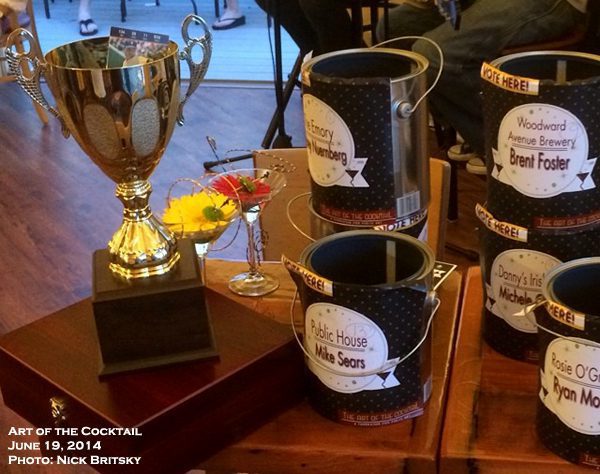 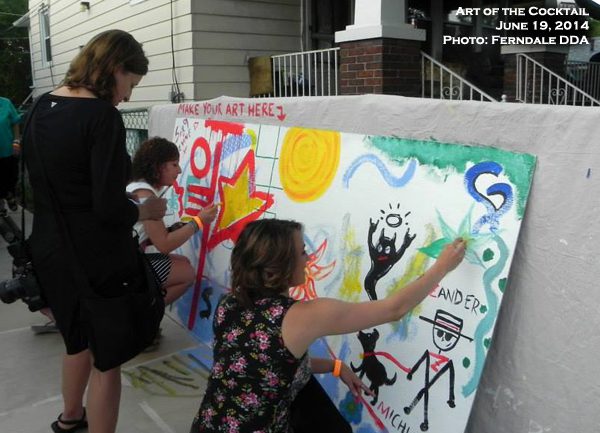 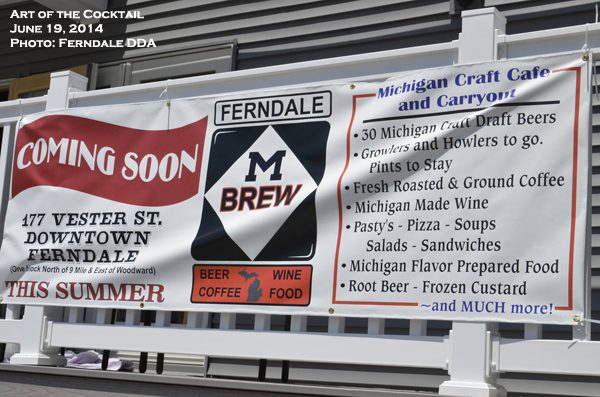 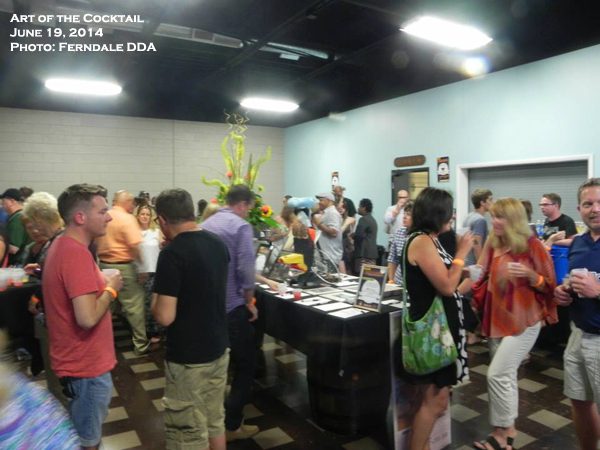 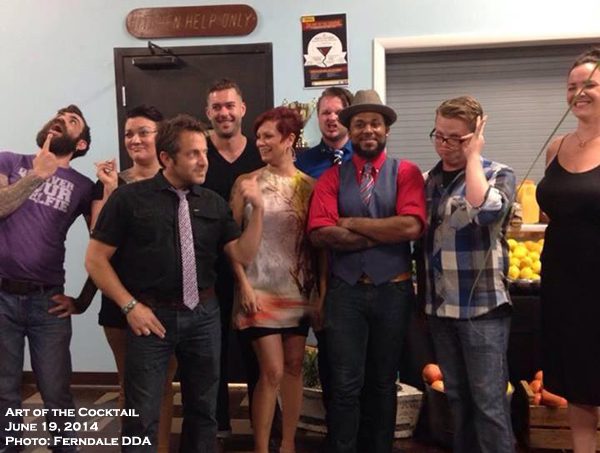