Students at Oak Ridge Elementary in Royal Oak raised $1,000 through bagel sales to adopt a Civil

War flag from the Michigan Historical Museum’s “Save the Flags” program. They presented the check and held a large celebration on the lawn of the school for “Red, White and Blue” Day on May 23.
State Representative Jim Townsend spoke at the ceremony, presenting the students with a proclamation

from Lansing to honor their efforts. “When you can see and touch the things that remain from our past, you gain some insight into what came before us. I know that I am so fortunate to serve in an institution that was built over centuries by people who cared deeply about the State of Michigan and all the people in the State of Michigan and about our Democracy,” he said.
“With this adoption the students, staff and parents of Oak Ridge Elementary School are not only contributing to the preservation of this battle flag, but to the preservation of the entire collection,” Townsend read from the proclamation. “The first Michigan Voluntary Regimen was formed at Camp Lions near Detroit in September in 1861. Its commanding officer was Colonel Thornton Brodhead,

a well-known former State Senator and Editor of the Detroit Free Press. On August 30, 1862 while the regiment was engaged in the disastrous second battle of Bull Run, also known as the second Manassas, Brodhead was grievously wounded. As he lay dying, he wrote his wife and children, lamenting the terrible defeat and placing the blame squarely on the incompetence of Union Generals. He closed the letter by expressing his belief that quote ‘from heaven I may see the glorious old flag wave again over the individual union I have loved so well.’”
Dozens of students took part in singing songs about America, while wearing the

national colors. They had a Memorial Day Parade and shared patriotic stories as parents and Veterans looked on.
Matt Van Acker from the Michigan Historical Museum came from Lansing to share in the special day. “For the past several years I’ve had the incredible opportunity to get to know these students,” Van Acker said. “Oh that every school and every community could have the respect that this community and this school has for our country and for the flag. These kids get it, they really get it.”
Red, White and Blue Day is an annual tradition at the school. 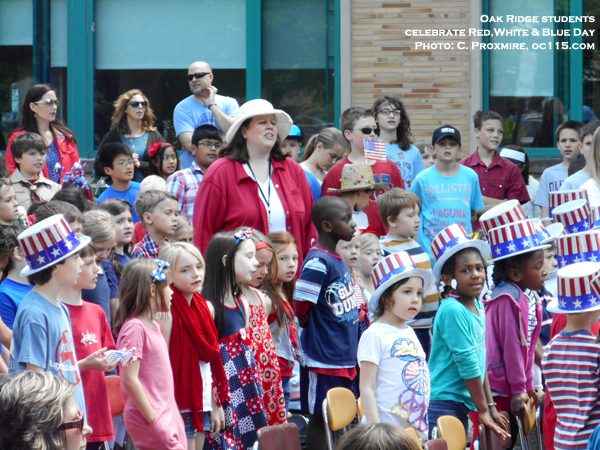 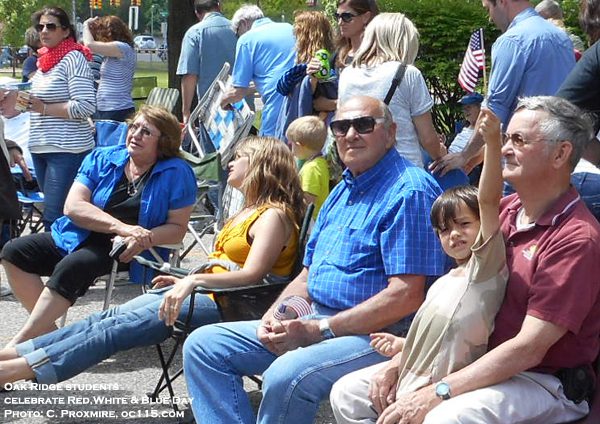 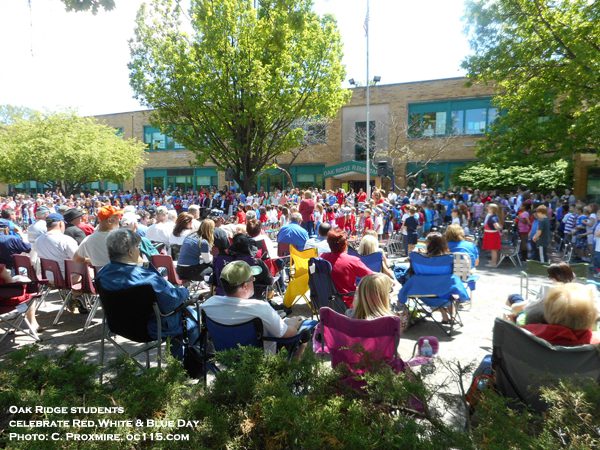 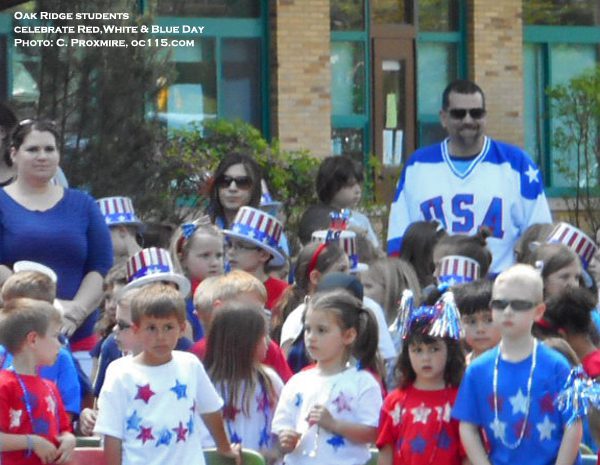 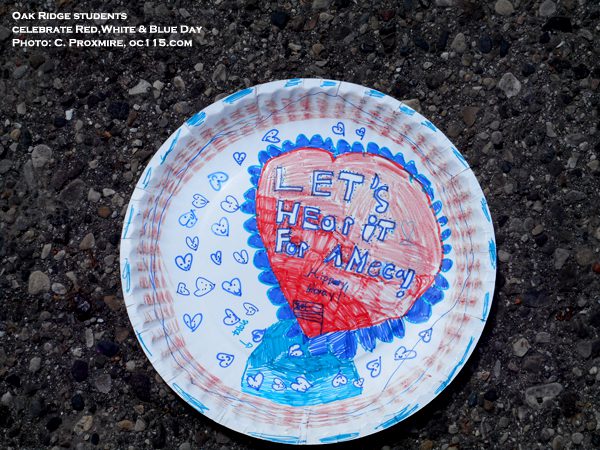 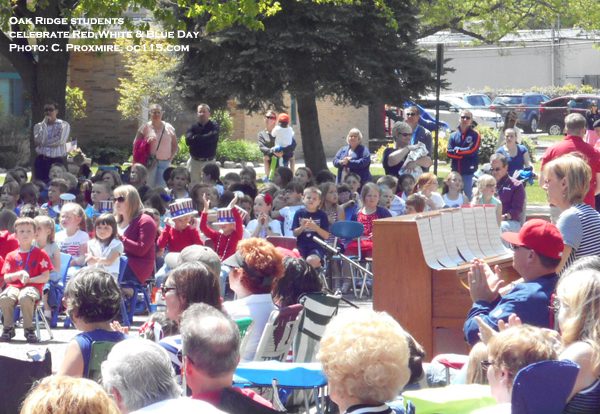 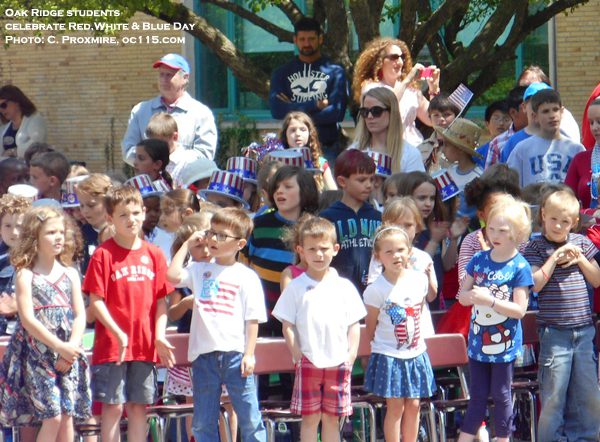 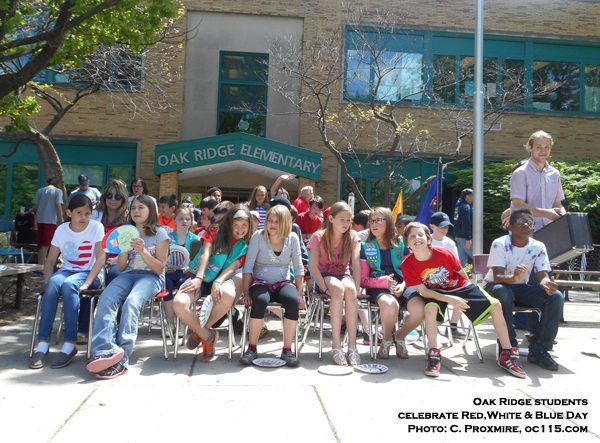