(Crystal A. Proxmire, May 21, 2014)
Troy Police Chief Gary Mayer grinned like a big kid as he talked to families and watched children checking

out the police equipment, taking tours of the holding facility, and learning about police work through various demonstrations at the Troy Police Open House on May 17.
“We do this outreach to make sure people get to see who we are and what we do,” Mayer said.  “We want them to know police officers do more than driving round and giving tickets, and to see where their tax money goes.”  He said efforts like the Open House help them form relationships with people who want to keep Troy safe.
“We don’t police the community, we work with the community,” he said.
Mayer has been chief for five years, and has been with the department for 34.  He oversees 99 sworn offices and 50 civilian employees.

Visitors were able to see inside an ambulance, police cars, and a SWAT vehicle.  There were also tours of the lock up facility, which processes 2,500 prisoners a year.
“It’s not a pleasant place,” said the tour guide, who declined giving his name.  “Breakfast is a cup of water and a Nutrigrain bar or Pop Tart.  You get a hot lunch and dinner, which is just a TV dinner.”
The guide showed off the dispatch center, where several computers coordinate information.  Children were encouraged to know their address, or if they are at a place they don’t know, they can look for mail lying around that may have an address on it.  Cell phones are not as accurate as home phones for making calls, though the technology is improving.
To learn more about the Troy Police Department, visit their website at http://troymi.gov/Police. 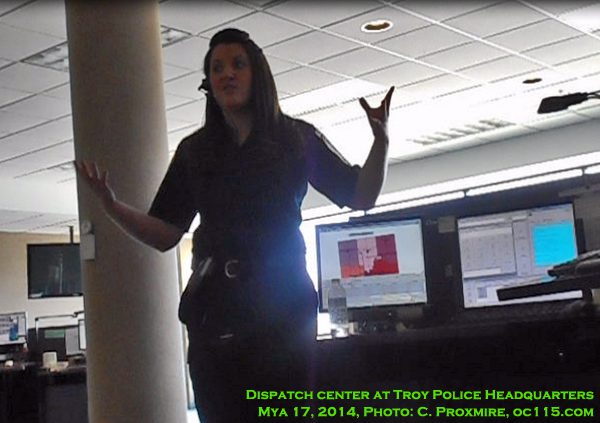 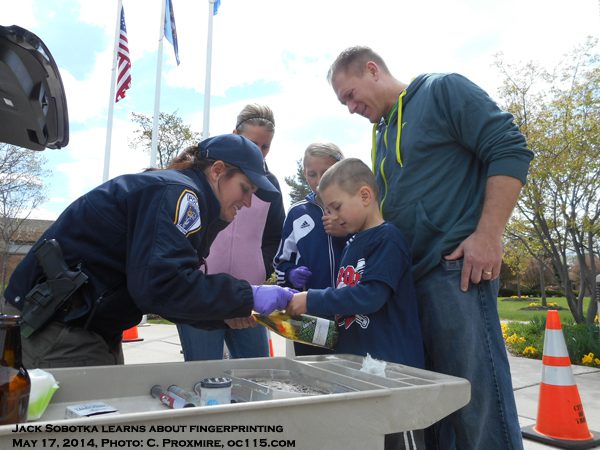 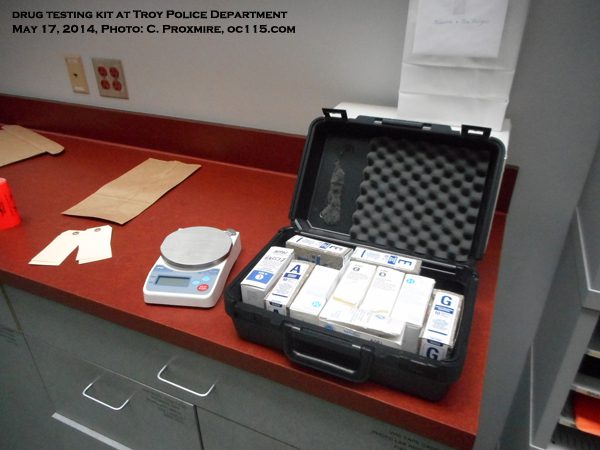 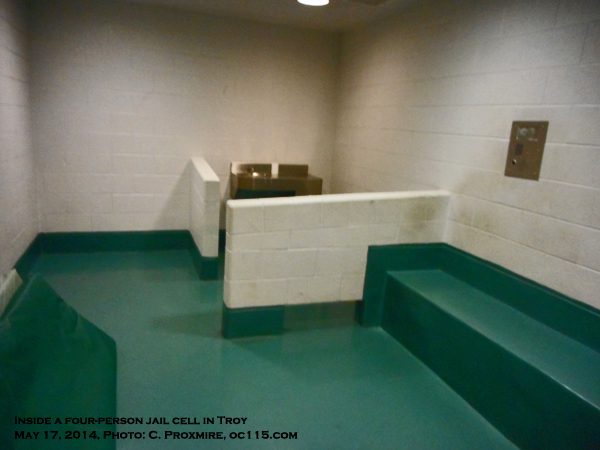 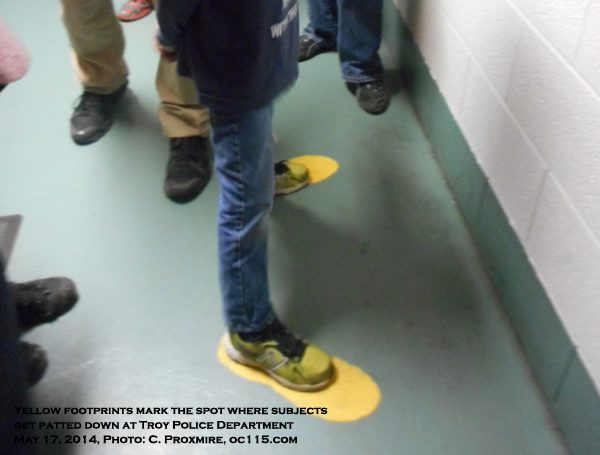 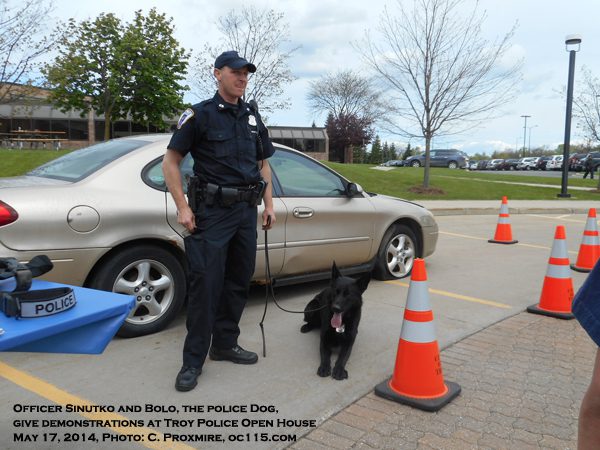