(Crystal A. Proxmire, May 19, 2014)
Hundreds of representatives from Downtowns across the country converged in Ferndale Saturday for the Great American Main Street Conference Kick Off called Get In Gear. The conference in Detroit focuses on downtown development with speakers, classes and tours throughout SE Michigan.

National Trust for Historic Preservation created the Main Street program to help revitalize Downtowns of communities.
The GIG event was held at Rust Belt Market and featured dozens of artists and food vendors, as well as a speech by Ferndale Mayor Dave Coulter and Oakland County Executive Director L. Brooks Patterson. Ferndale has been recognized nationally as a Main Street USA because of the growth that has happened since Ferndale became part of the Main Street Program.
“We’re all trying to fight back from the recession. They [Ferndale] did a great job,” Patterson said. “Ferndale came into Main Street about the time the recession began and it defied the odds. They brought back investment, created jobs and filled up

their downtown.”
Councilperson Melanie Piana, whose career path also is in  urban planning and community development, said “I attribute Downtown Ferndale’s catalytic transformation project to former Mayor Chuck Goedert and City Manager, Tom Barwin, when they had the vision to reduce the number of lanes, now called a “street diet” on W. Nine Mile.  The physical changes to the street–slowing down traffic, adding on-street parking, and widening sidewalks–were essential to downtown’s initial transformation.  The citizens of Ferndale voted to pay for changing the street in an infrastructure bond almost 15 years ago.  This was just the beginning. From there we’ve kept focused on our shared vision, making strides in Complete Streets and making Ferndale more business-friendly.  Our goal has always been to attract more business and families to live and do business in our community.”
Ferndale DDA efforts have included a reconstruction of W. 9 Mile, public art

installations, multiple fun events, networking opportunities, and working with the city to raise money for a new parking deck and passing ordinances to further development. The City of Ferndale also has a city-wide initiative to improve transportation with public input, called Ferndale Moves.
Other communities are part of the Main Street Program, as is Oakland County as a whole.  Mayor Coulter touted the efforts of the County to get involved.  “In 2000, just before we became a member, Oakland County did a very smart thing.  They approached the National Main Street Program and even though at the time no county had ever joined the program before, it had only been for local communities, our Executive in Oakland County had a bright idea… that has created millions of dollars of investment in our county.  And that is, we made the entire county a Main Street County.  So

Ferndale isn’t alone.  If you look at the board on the wall you’ll see there are cities, villages and townships in Oakland County who are now Main Street members,” Coulter said.
There are 12 Main Street Oakland County Programs: Rochester, Royal Oak, Walled Lake, Lake Orion, Holly, Ferndale, Pontiac, Farmington, Ortonville, Oxford, Highland and Keego Harbor.
In addition to the GIG event, Ferndale will be hosting other tours through the week. Elected officials and staff will also be attending the conference to bring more ideas to the city.  The kickoff introduced visitors to delicious food from through Ferndale, and the energizing music of Saints of Soul.
Learn more about Downtown Ferndale at www.downtownferndale.com.
For more on Main Street USA see http://www.preservationnation.org/main-street/. 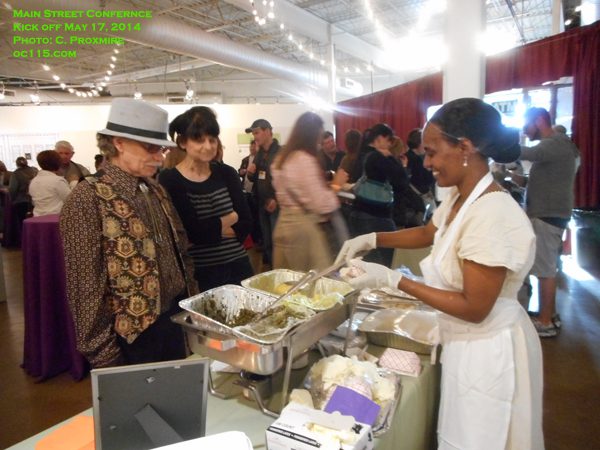 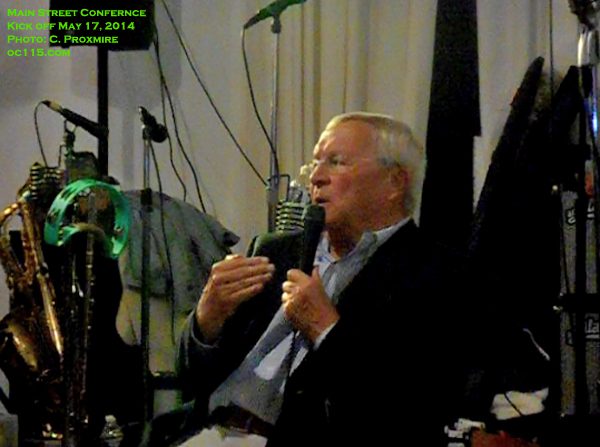 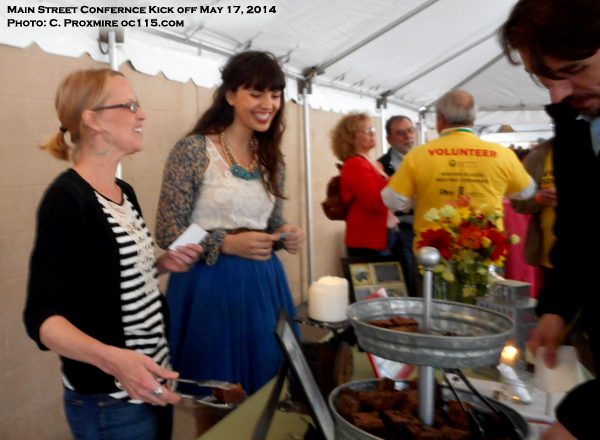 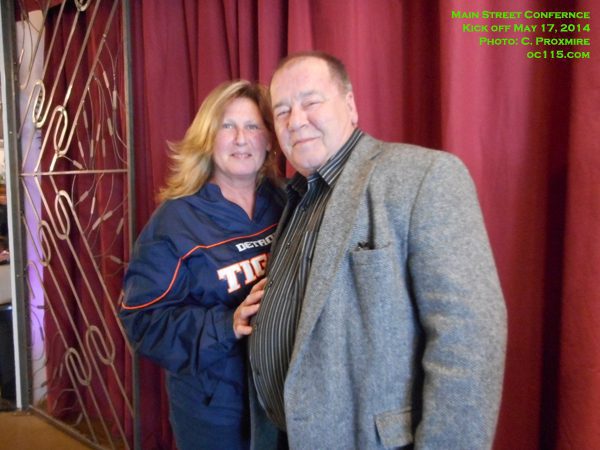 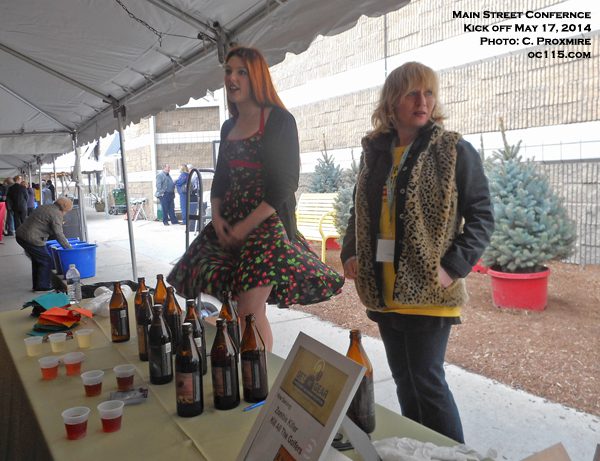 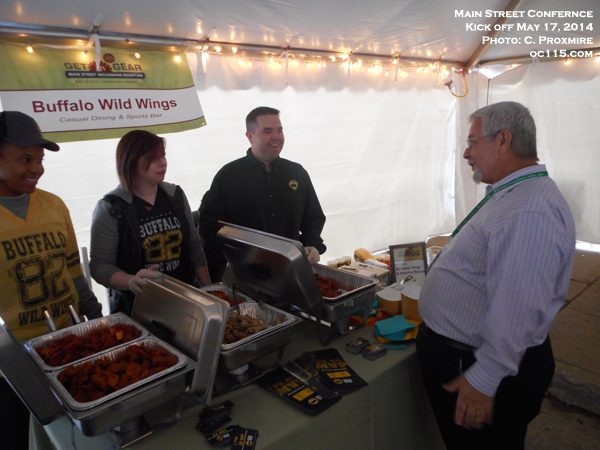 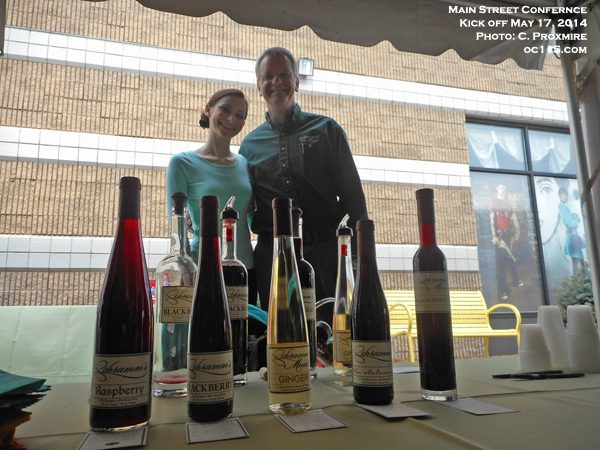 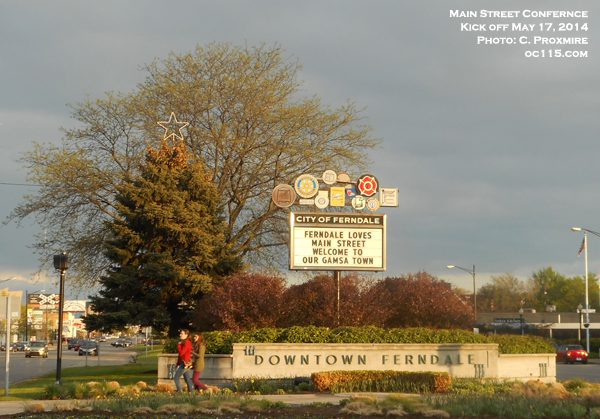 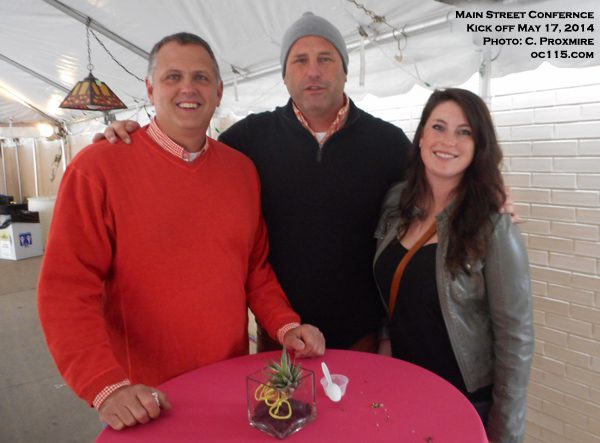 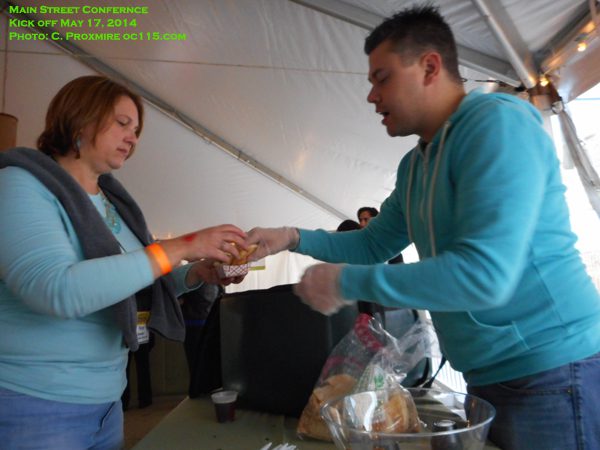 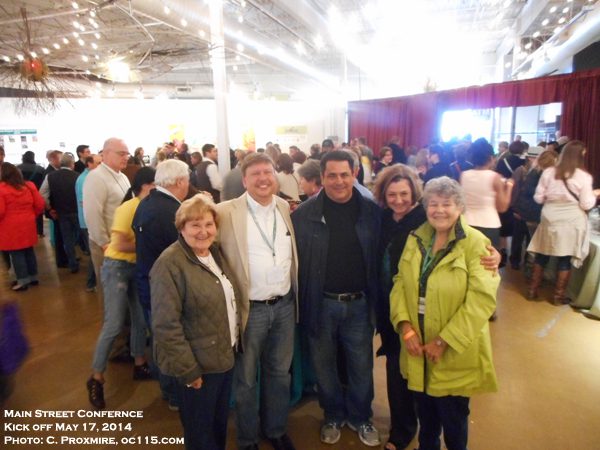 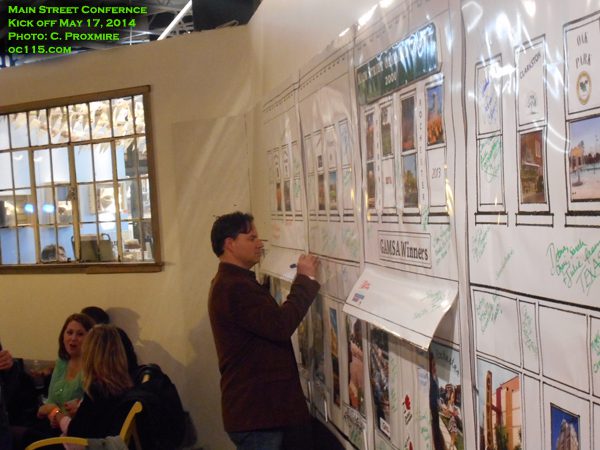 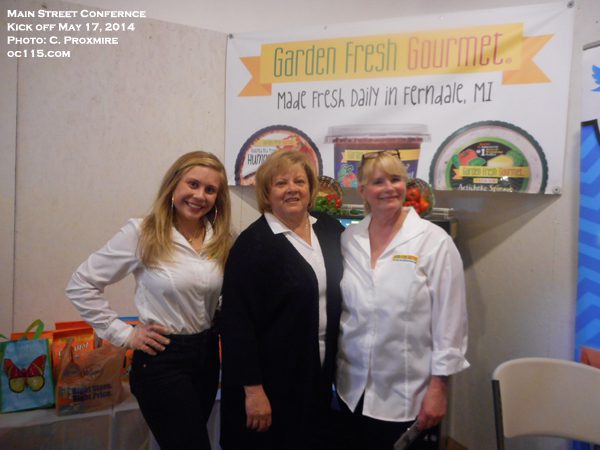 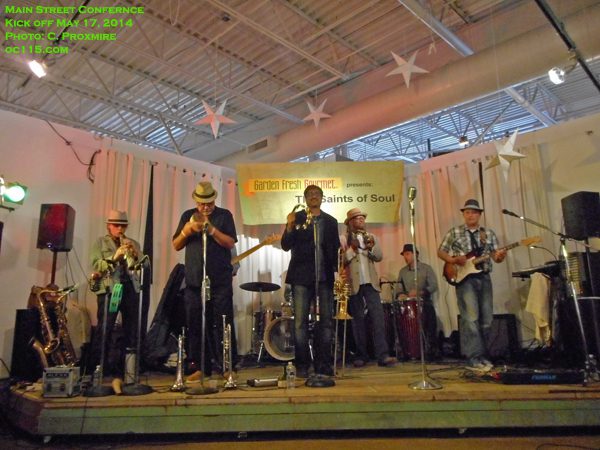 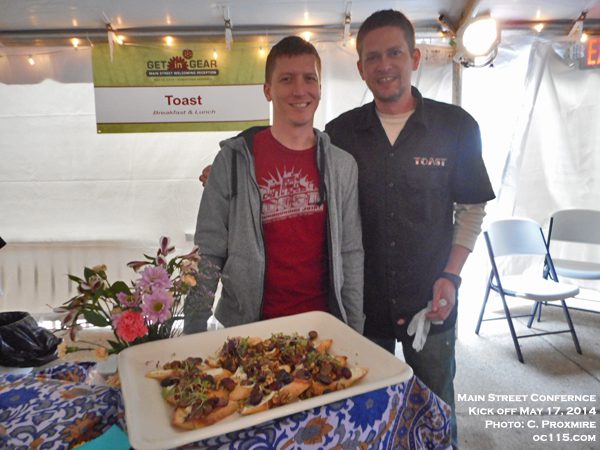 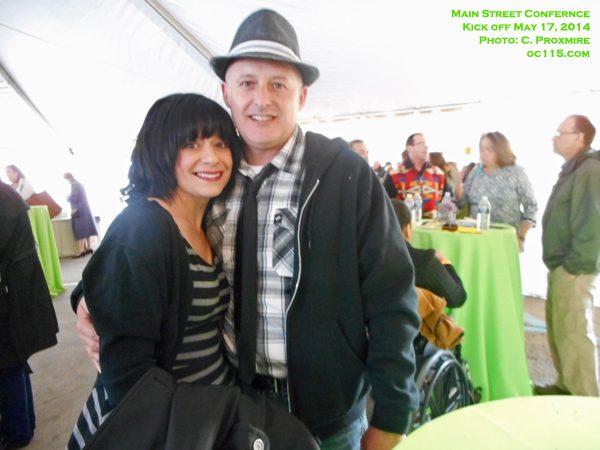 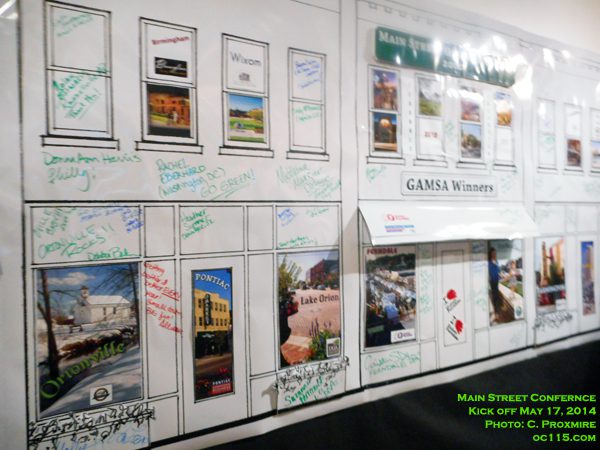 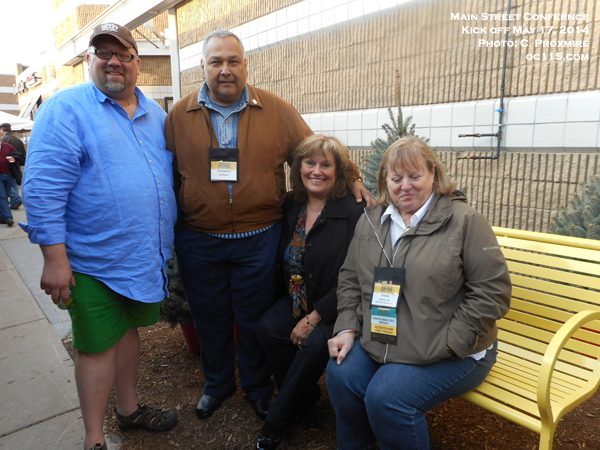 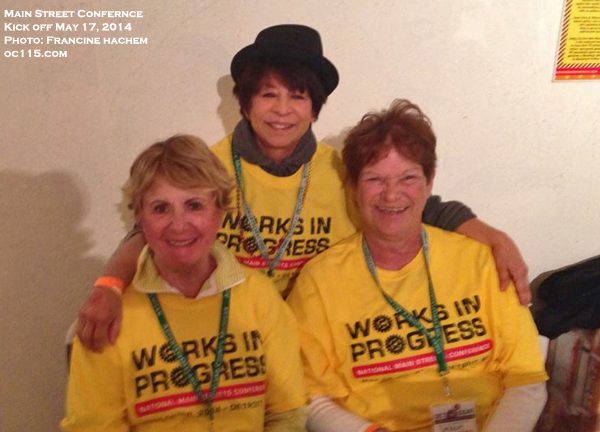 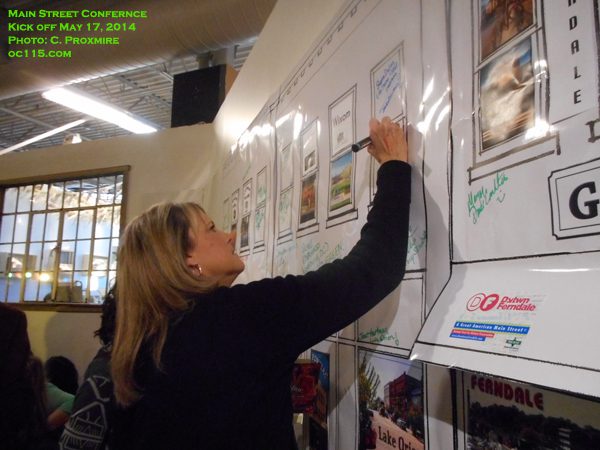 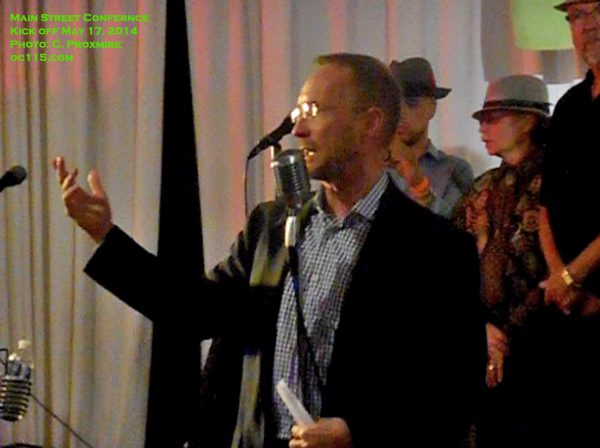 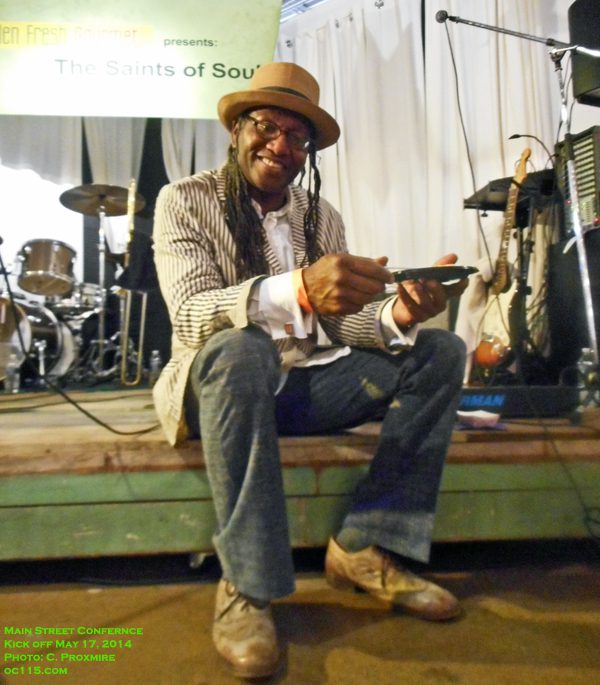 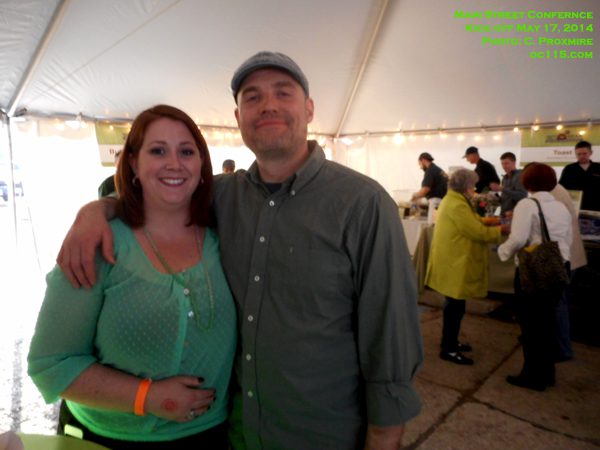 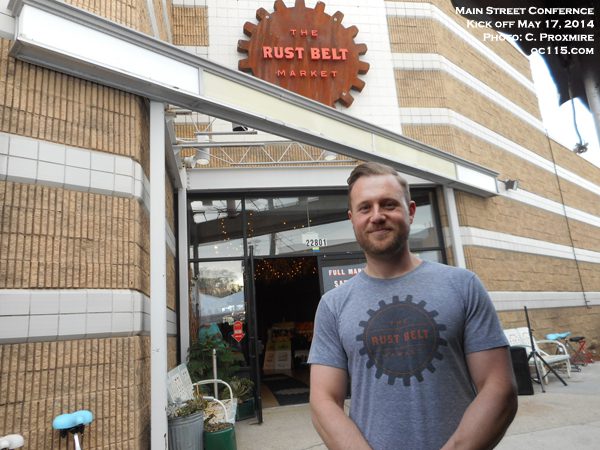 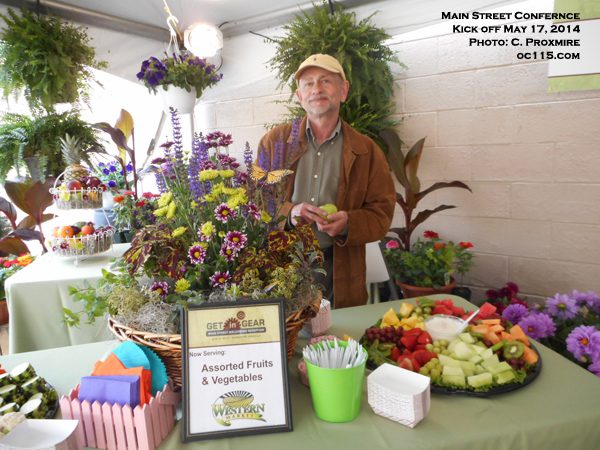 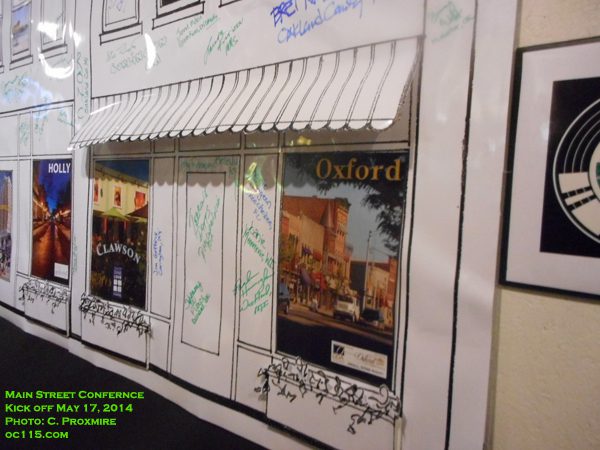