(Crystal A. Proxmire, May 18, 2014)
Bathed in the purple lights of Pontiac’s Elektricty nightclub, dozens of artists, business owners and supporters enjoyed an artistic evening to honor the Canvas Pontiac artists. Out of 38 submissions, judges picked 20 pieces of art that were made into giant canvas prints and hung on the side of buildings throughout Downtown Pontiac.
The project, now in its second year, is funded by local businesses to help beautify the city and

encourage creativity. The  May 15th awards ceremony unveiled the top three winners, and guests were able to vote for the “Marty Coats People’s Choice Award,” named after the owner of Mustang Jane’s and Tonic nightclubs.
Garnering the most votes was Jerald Staley’s piece, “New Beginnings,” featuring a young boy looking out at the city. “It’s a picture from my office here in Downtown Pontiac where I work. We had a car show last year and my son decided to get up in the window so it made an opportune time to get a picture,” Staley said.

“Now I get to walk the streets of Pontiac like I do every day at lunch and see my picture outside on the wall.” Staley works for an engineering firm and commutes from Swartz Creek.
The top three winners were chosen by a panel of judges with expertise in the art world. Wendelin Eve Wilson’s piece “Sticks and Stones” won third place. “During my marriage, a lot of time was spent hiking through Michigan, along with rock

and driftwood collecting. When the divorce came, ironically, those collections became both a comfort of memories and a shield from the pain,” Wilson said in her artist statement. “There is nothing more beautiful than nature, whether fresh and newly born or experienced and weathered from the elements and time.”
Second place went to a photograph of a young lady discovering a tiny door in the base of a tree. The story-bookish scene is titled “Fairy Door,” and it was captured by local photographer David Birdsong.

First place, “Jasmine & Onikaa” is a photograph done by Ian Houston showing two women with arms linked, with metallic make up, bold yet simple outfits and a broom.
Canvas Pontiac organizer Robert Karazim, of K and R Architectural Studios,  explained how the competition got started. “When you go and find a city that’s tired, you have to bring the

artists in. Bring the artists in, people will come. The lofts will fill up. That was the goal, to get people to come back to the Downtown. Pontiac is going through a rebirth. It’s had some hard times, but it’s back.” Karazim credits the many volunteers who came together to make Canvas Pontiac a success.
Along with the art appreciation, guests heard musical performances and saw acrobatics like one might find in the circus – including a man on stilts, and an  aerial performer.  Twenty local restaurants and food companies added to the flavor of the evening.
For more on Canvas Pontiac, visit http://www.canvaspontiac.com.
Related stories: 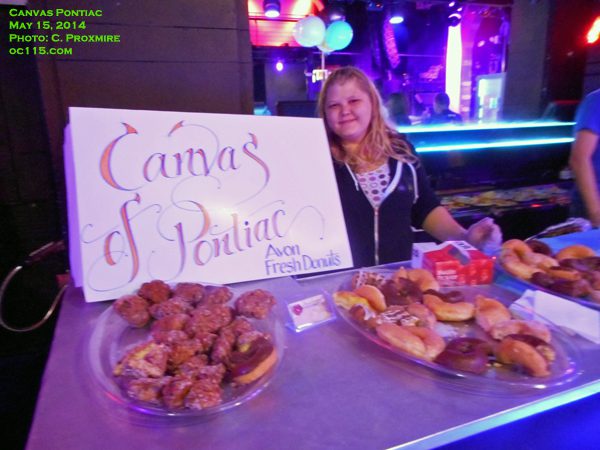 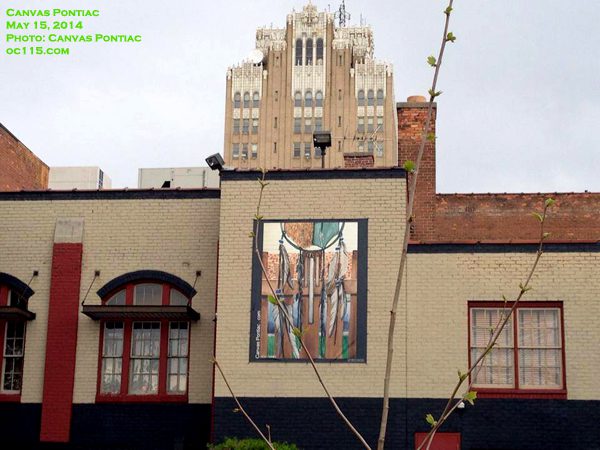 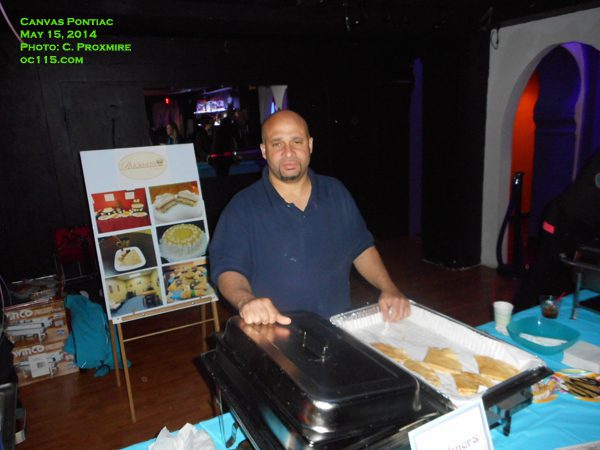 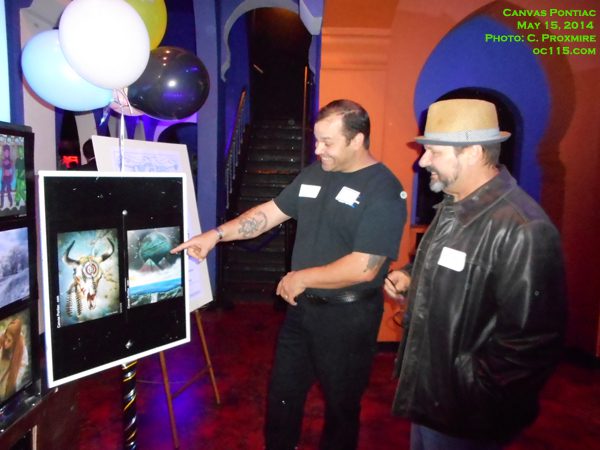 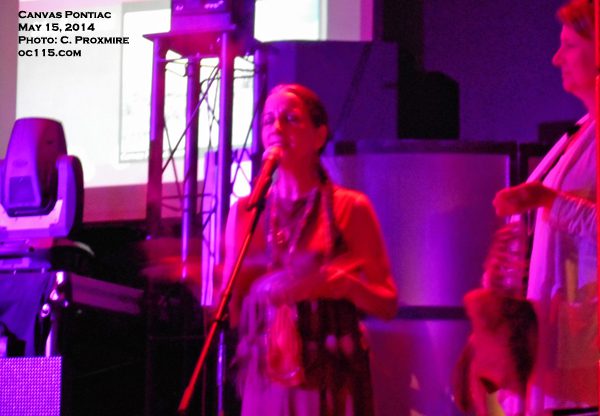 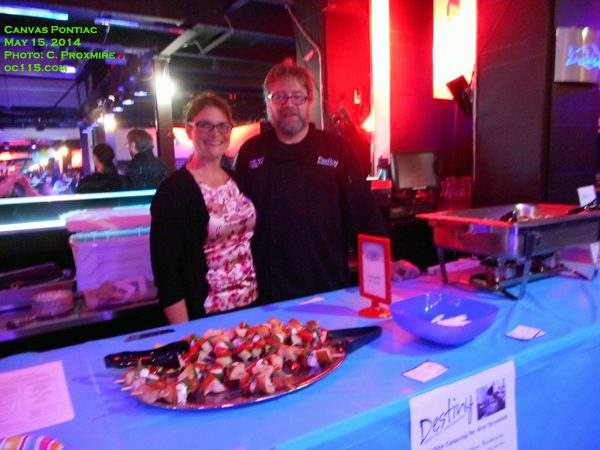 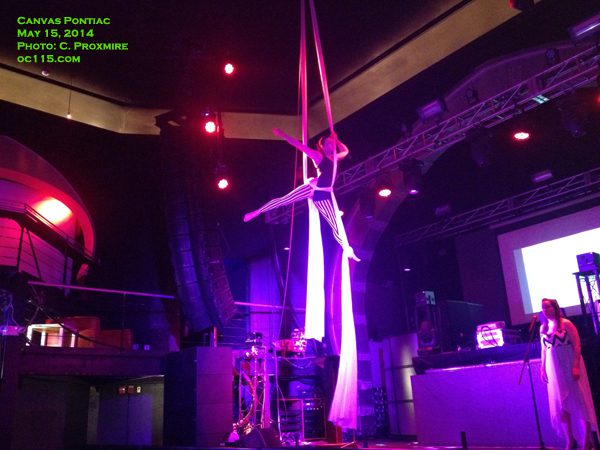 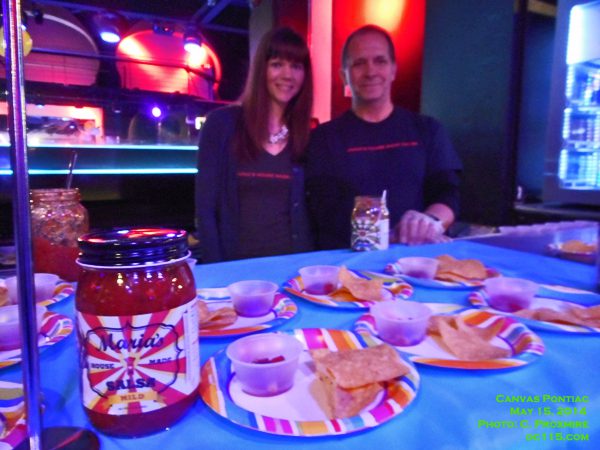 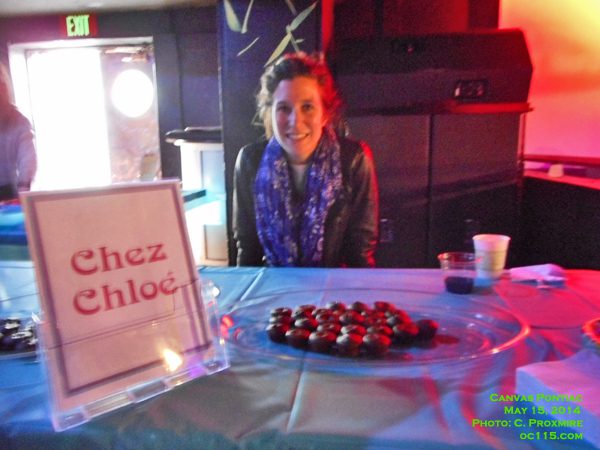 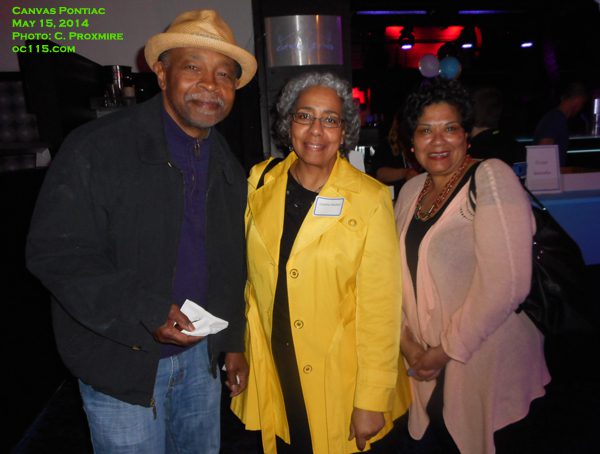 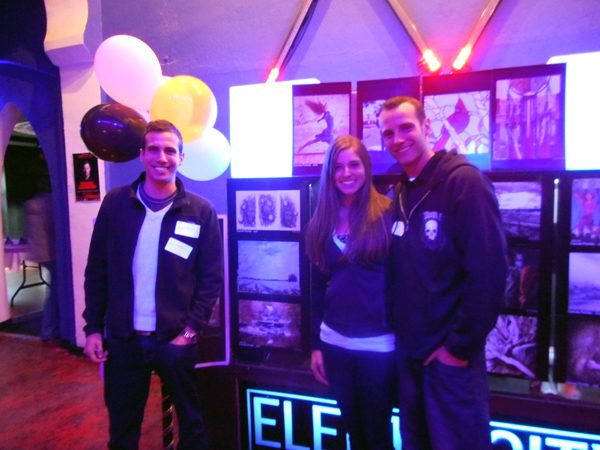 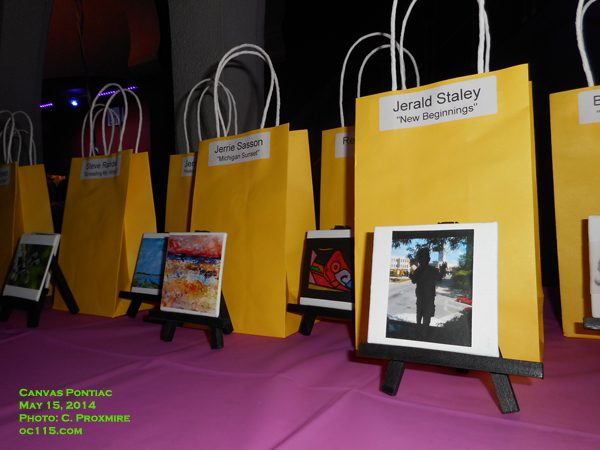 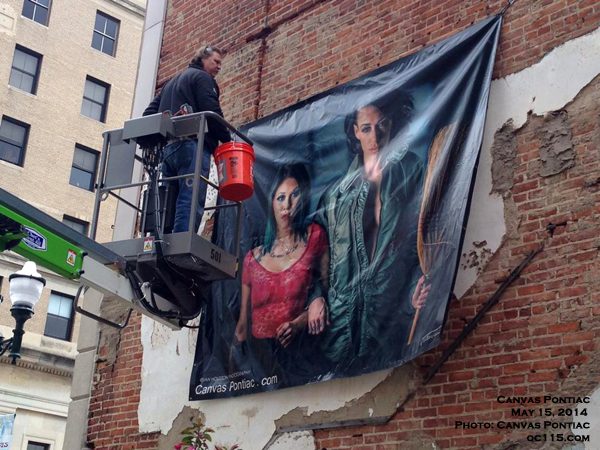