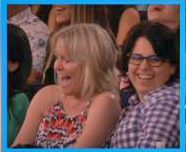 On March 22, 2014 my parents Michele Riley and Christina Atkinson were finally able to be legally married after almost 17 years of dating. Considering that this wedding was of course, very unplanned, they were

very lucky in that they had already planned a trip to California for the following month that could be a honeymoon celebration of sorts. During their stay in California they planned on attending a taping of The Ellen DeGeneres show and were scheduled to be in the audience on Tuesday, April 29 to film the episode that would air on Wednesday April 30. Eager for a chance to be congratulated on their recent nuptials by the ever-wonderful Ellen herself, my 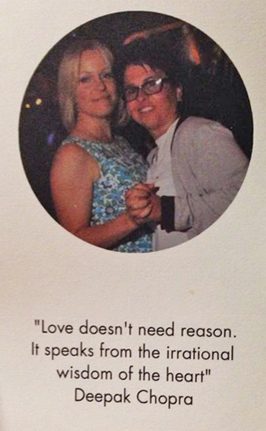 mother Michele gave me the number that had called her from the studio to confirm and suggested I call to speak with them and tell them their story. This line however, was an outgoing calls only line, at a loss for what to do to make this dream come true
I spoke with the brilliant Ferndale Pride Chair Julia Music about the situation at hand, to which she immediately had a solution – “let’s start a letter writing campaign”. By midnight that night she had created a Facebook page and we began marketing

this as not only a wonderful wedding gift for my parents, but as the perfect opportunity to bring national attention to the current situation surrounding gay marriages and their legality in the state of Michigan.
“Alyssa’s moms Christina Atkinson & Michele Riley have been together for 17 years, raised two children and were married during the short window of time that same sex marriage was legal in Michigan,” Music wrote in her letter to the show. “There is currently a stay pending a ruling from the 6th circuit appellate court on the legality of their

union. Alyssa, their daughter, is an ally volunteering hundreds of hours to the GLBT community and the great City of Ferndale.
“Christina and Michele will be at the taping of the show on April 29th. Alyssa mentioned that it would be the ultimate wedding gift for her parents to be congratulated by Ellen on their union. Being the activist she is she also would like to draw attention to the attack on same sex couples by the Michigan legislature.”
Initially our plan was to invite dignitaries from the city of Ferndale with the thought that if we could get the Mayor or city council members and the like to write to the Ellen Show on our behalf their attached titles at the end of the letter would hold some weight and help make this happening more likely. After a few days went by and not many wrote I expanded the list of people invited to anybody

who knew my parents, a few days after that I expanded it again to include anyone who was for marriage equality.
By April 28 over 50 people had written letters on my parents’ behalf. Now I always knew that I had been blessed with wonderful parents, but I had no idea how many other people were just absolutely and genuinely inspired by them. People who I had grown up with and gone to high school with but hadn’t spoken to or seen in several years were commenting on the Facebook page saying how much they loved my parents and how they absolutely would write, instructors from their gym were planning on writing,

as well of course as family members and even a good amount of people who had never even met them.
“Michele & Christina take my TRX class at Pulse and I was thrilled to be there when they married 3/22. I have a few pictures from their big day. So funny, when Michele said they got tickets this is exactly what I thought about. Ellen needs to celebrate them,” wrote friend and trainer Sandi Forrest.
Although Ellen did not end up congratulating them on their wedding or bringing attention to the state of the equal rights movement taking place in Michigan at the moment I still consider this effort a great success. She showed a picture from Michele’s Facebook, said their names on the air and talked to them both. They won a laptop and had aisle seat

s so they were even able to dance right next to her a few times! After the taping was over we invited my one mother who did not know the letter writing campaign was happening to join the event page and she got to see all of the wonderful things said about them and how many people took the time to write on their behalf. The whole experience was so moving, it really is difficult to put it in to words. I hope that one day anyone and everyone who wishes to get married, not only in Michigan but anywhere in the world, is able to – so that they may have their own chance to inspire others with their love, as my parents 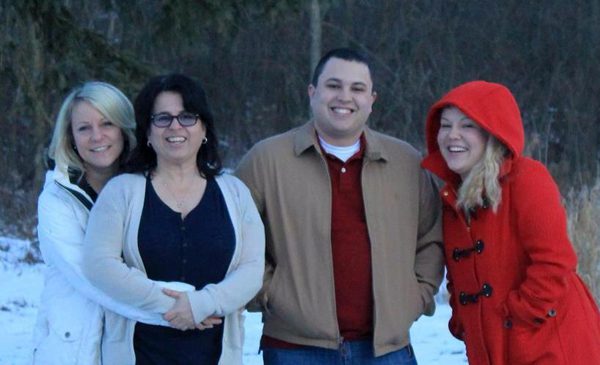