View: Awakening the Magic Maker, Reflection on the Love Ritual

View: Awakening the Magic Maker, Reflection on the Love Ritual

(Jacki Smith, orig. Candlewickshoppe.com, May 4, 2014)
We are the music makers, we are the dreamers of the dream.  ~  Willy Wonka
We are all magic makers.  You don’t even have to believe to be a magic maker.  All you have to do is set an intention and recognize its manifestation in your life as it happens.
Magic is simple, we all do it every day and I get the distinct privilege of awakening the magic in people where ever I go.  You can awaken magic in the world too; all you have to do is make some and tell the tale.
On March 5th I was asked to facilitate a ritual for the promotion of marriage equality.  A good friend was

inspired to call me out on Facebook as the go to person for magic.  She asked if I would design a community ritual to help generate positive energy for a lesbian couple who was taking the State of Michigan to court for the right to marry and be joint legal parents to their adopted children.  Jayne Rowse and April DeBoer are the brave couple to take this fight on for all of the same sex couples in MI.  With the risk, commitment and responsibility they took on, who was I to not heed the call and share my experience in making magic.
Within 4 days we had a core group, a ritual, supplies and a crowd waiting – it was a flash mob ritual if I ever saw one!   I was more nervous than I had ever been – I was facilitating a ritual not just for my fellow magic believers, but for people of many faiths and many depths of faith from the devout to the curious.   But I am

getting ahead of myself…
The journey to this ritual began several weeks earlier, or is it months earlier when I set my intention to be a more active part in my community, give back more and reach beyond my comfort zone.   My reading for the year was all about being in public, following my heart more than my head and taking every opportunity to do so.   The weeks preceding the ritual information was presented to me, articles showed up in my news feed and emails, and conversations were started out of the blue including one I have over and over again concerning interracial marriage.   (I am part of an interracial couple).   I spoke on radio shows about bullies and that what they fear within themselves is what they persecute.
I started connecting these ideas and came to understand why the religious right is so opposed to marriage

equality.  They are not afraid of homosexuality; they fear that they will never personally be good enough for the God they follow.   They are afraid of this lack and if they find someone who they can persecute as unworthy, their spirits will feel a bit cleaner, cleansed from their own unworthiness.  My vision changed that day, I went from needing to hate and fight them to wanting to send divine healing their way.
The weekend prior to what we named the “Love Ritual” I rearranged my schedule last minute to take part in a VooDoo ceremony lead by Witchdoctor Utu and the Dragon Ritual Drummers.  This ceremony was to honor the ancestors of the Underground Railroad and all that they risked for freedom.  Through their actions, awakenings and perseverance they are the magic that facilitated a change in the entire nation (they were conjure workers too).  They are ancestors to us all, of every race because

they helped to crack the chains of intolerance and fear that kept slavery a part of our culture.   It was a profound and powerful ritual and inspired the crafting of the “Love Ritual” a week later.
I knew this ritual needed to be a transformation of hate into love and I knew it would involve the way finders (ancestors) of peace, tolerance and equality that went before us.    I knew this because the spirits started showing up in my life one by one until the day of the ritual.  Spirits and path makers that I had never heard of started showing up in books I opened randomly, they were mentioned in articles that had nothing to do with equality, in conversations that spontaneously erupted and in phone calls from friends

around the country who heard I was doing this.   Even to the point of going home the Saturday before the ritual to prepare and the movie Gandhi was playing on the television that I swear was turned off before I left.  I got the messages and I ran with them… all the way to Sunday and the community flash mob ritual of love!
Sunday came blazing in with its namesake shining to warm our souls and pave the way for more attendees.   I watched as ministers, community leaders, spiritual seekers, business owners and fellow magic makers rolled in to join us in this ritual.    Together, people of many faiths called in the ancestors of civil rights, gay rights, and freedom from all over the world to bless and support this ritual.   We used pencils to write words of hate and fear on poster board and then wrote words of love over those words in a rainbow of markers.   We sang songs of freedom and love to bless the pennies and glitter that we will spread around the world far and wide and then we blew bubbles to pop any resistance and road blocks.

We awakened magic in everyone!  Muggles and witches alike took the pennies out into the world to bless all other coins that they touched with the power of love.  They took the glitter everywhere, even to the capital to contaminate it all with love that cannot be swept away.   And they took the vials of bubbles and continue to pop the resistance in their lives and the lives of people who live in fear.
One week later, on a Friday, the courts ruled that banning same sex marriage was unconstitutional because it infringed on civil rights.  The next day court houses opened up for a few hours to issue marriage licenses

to same sex couples.  It was a day of tears for many of us as we watched couples from the ritual be able to get married.   I heard stories of the bubbles, pennies and glitter making their way to the ceremonies that day.  I heard about glitter being mailed across the country and the pennies landing on a judge’s desk.
I don’t claim this victory; I only claim to be a part of the forward motion.  I only claim that we awakened magic in 100 people and they told their families about it to awaken 100 more.   That is where magic lives; because it takes 2 people to manifest and we just seeded the world with hundreds.
This feat of community magic was so profound that I couldn’t write about it for several months. It felt too sacred to be caged in words, to divine to be defined.  It is pure magic that I can share it with you today, maybe to awaken some of yours.
Jacki Smith is a local Ferndalian, mom, author and partner at Candle Wick Shop in Downtown Ferndale and Coventry Creations (also in Ferndale) where she makes her candles.
Previous story see: https://oaklandcounty115.com/2014/03/02/ferndalians-channel-leaders-past-spread-love-in-hopes-for-equality-video/ 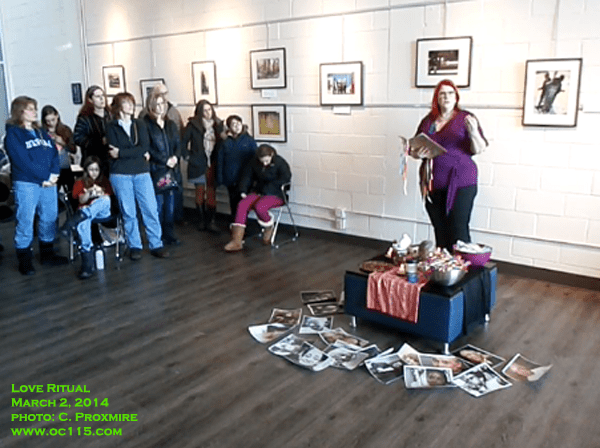 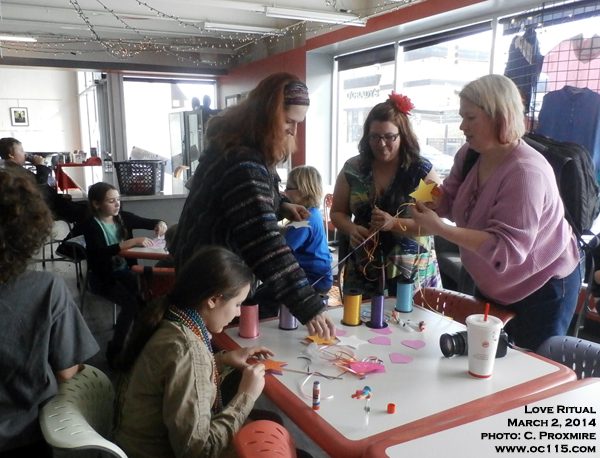 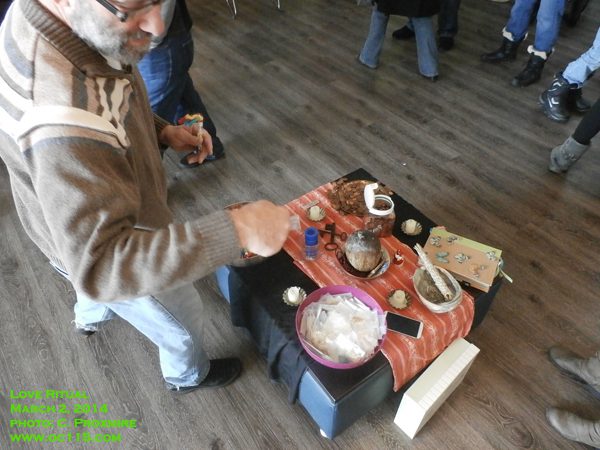