(Crystal A. Proxmire, April 24, 2014)
Major Allen, 31, and Sean Allen Briskey, 30, appeared in court on Tuesday to plead not guilty to charges of suspicion of murder in the death of Ferndale native Jusin Schalk. According to the Daily Press, a preliminary hearing will be held May 6 in Victorville, CA.
Schalk’s remains were found in a burning car in the desert east of L.A. on April 14. The 40-year-old MMA

fighter was father to two children. He grew up in Ferndale and attended Coolidge for middle school and Ferndale High. An online fundraiser is being held to raise money for his memorial and for his family.
“Whether he was your acquaintance, friend, cousin, brother, son or father; I’m positive that you have a memory (or many) of him that ranges from anything to crazy, funny, shocking, unbelievable OR just simply entertaining,” wrote longtime family friend Heather Giesey, who set up the page. “If he cared about you, he protected you, no matter what the cost. I sit here writing this with such a sad heart, partly not believing that this could even possibly be true and having such a difficult time wrapping my head around all that has transpired in the past week, and the

other part not believing that I’m never going to hear that hearty voice and happy laugh that made me smile every time I spoke with him.”
The online fundraiser will help pay for his memorial service, and any additional funds will help his children. The link to donate is: https://fundrazr.com/campaigns/8kNx3?psid=7cef8266b3bf45419a70546c1155e28b
Private

memorials are being organized in California and in the Detroit area.
The Daily Press reports that Briskey may be a former actor, credited in IMDB.com with un-credited roles in “American Pie Presents: Band Camp” and “Malibu’s Most Wanted,” and the TV show “Judging Amy.” The actor shares the same birthday and description as Briskey, but the connection has not yet been confirmed by officials.
According to Daily Press, Briskey is also “facing charges in Fontana and Rancho Cucamonga jurisdictions for separate crimes including felony domestic battery, being a felon in possession of a firearm, operating an unregistered vehicle and driving on a suspended or revoked license.” The suspects were arrested Saturday on Pipeline Avenue in Montclair, CA.
Photo credit: JAMES QUIGG, Daily Press
Previous story: http://oaklandcounty115.com/2014/04/22/former-fhs-student-mma-fighter-found-murdered-near-la/ 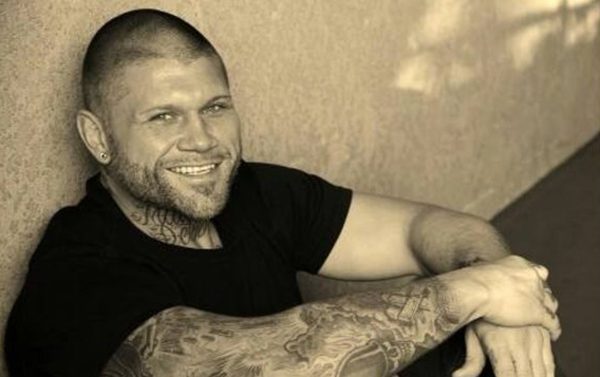