(Bloomfield Hills Schools Press Release, April 17, 2014)
A small group of BHHS students, along with Mrs. Twomey and Mr. MacLeod, traveled to China March 29-April 10, 2014. They explored Shanghai, Hainan, and Beijing while connecting with students from local Chinese schools.
“It was

great seeing the kids use their language skills bargaining and in the restaurants, many sparks were ignited for further study,” expressed Mrs. Twomey.
While in Shanghai March 30-April 2, students danced with locals. They also sat in on classes and played sports with the students from the No. 16 Middle School in the city of Suzhou, which was built on the ancient canals. Many people refer to this area as the “Venice of China.” All of the BHHS students prepared scrapbooks to share with their new friends. They also explored the historic Bund, center of the European colonialism, culture and finance.
While in the province and tropical island of Hainan from April 2-7, students explored the rain forest, went zip-lining, waterfall climbing, hiking, and some even went scuba diving! Hainan is known as the Hawaii of China. Students had the unique opportunity to experience Qing Ming Jie, the Tomb Sweeping Festival. They also ate

the special foods and witnessed the traditions of this holiday. Students learned about conservation efforts on the island and had the opportunity hold a 3 year old baby turtle at the Sea Turtle Rescue.
While in Beijing April 7-10, they completed their trip in China’s capital where they saw the Forbidden City, Temple of Heaven, Tiananmen, the Olympic Complex, and the Great Wall. They also investigated the culinary marvels of a night food street.
Congrats to all the young travelers: Conor Baker, Kenny Binion, Daniel Bordener, Devin Cao, Regina DiMaggio, Maggie Favier, Nick Gilmour, Xavier Mattison, Miranda Miley, Jillian Selendar, John Sack, Gurleen Singh, Stone Zhang and Margo Williams.
For more information on Bloomfield Schools visit http://www.bloomfield.org. 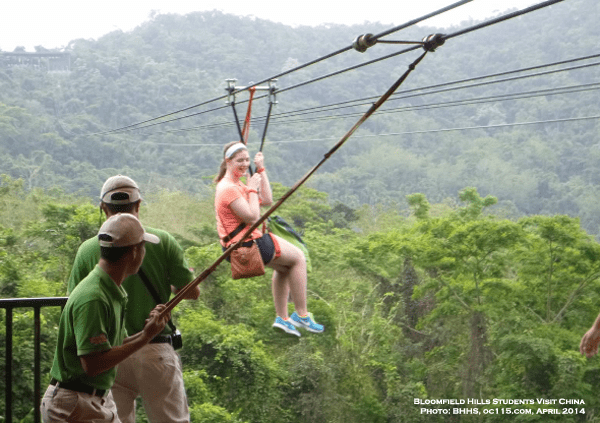 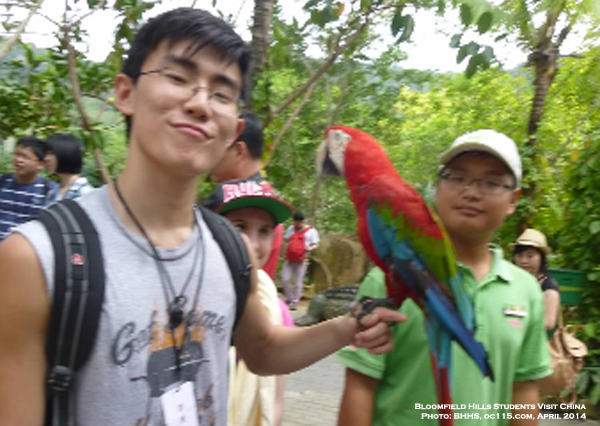 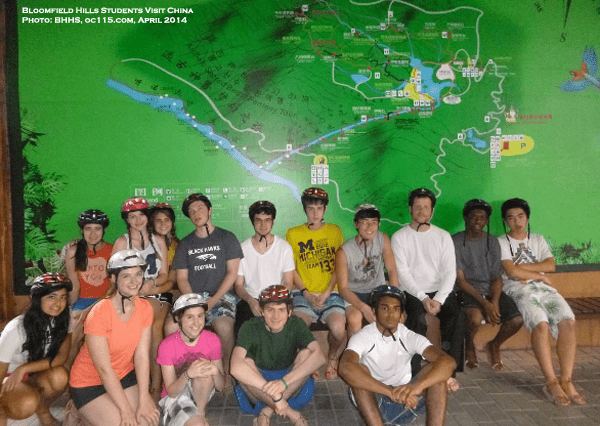 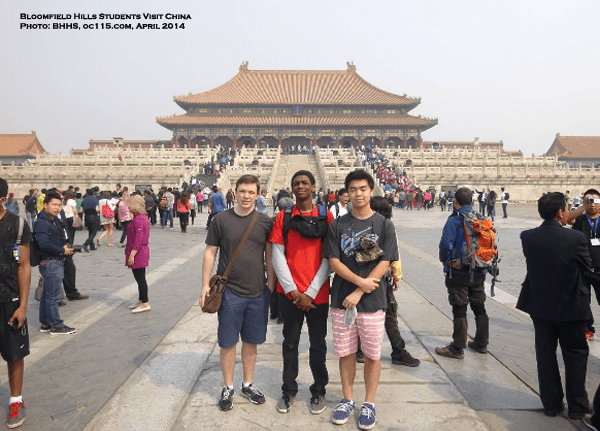