Ferndale Police are looking for the following suspect in the armed robbery case. Thanks to media help in broadcasting the security video footage and public input, police are searching for the RAY SLAYTON. Anybody

with information should contact Ferndale Police or call Crime Stoppers (1 800 SPEAKUP) for a reward.
Slayton is considered armed and dangerous. Citizens should not approach him, but call police if they see him or have information on his whereabouts.
Slayton is believed to be in the area of Hazel Park, Warren, and Detroit in the area near Dequindre.
RAY LYNN SLAYTON
W/M, 05/26/66

5’11”, Med build, Brn hair, hazel eyes.
NOTE:  Police Reports come directly from the Police Department or agency involved and are written by the person or agency listed below the title.  We generally run these “as is” or with minimal editing for punctuation, spelling, etc. Suspects should not be presumed guilty.  Those needing more information about a case are encouraged to follow up with the reporting agency or court system for the most

current information.
Previous Story:
On 03/24/14 at about 4:05 p.m. a gunman entered a Doctor’s Office at 808 Livernois to commit a robbery. It appeared he was trying to rob the employees of cash, but left with only a prescription pad.
A couple of minutes before the gunman entered the building, a first w/m likely involved in the crime went inside. He asked if the office was still open, was told by the receptionist that they were closed, and he walked out. Shortly after, the armed gunman approached and entered. Before entering the building, the gunman stopped and pulled a mask over his face, and pulled his gun from under his jacket (on video).
He then went to the secretary, pointed a gun at her face, and demanded money. When she said that she had no money, he went into the examining room, pointed his pistol at the doctor’s head and demanded money. When the doctor said there was no money in the office, the gunman grabbed a blank prescription pad and fled the building.
Anyone with information is asked to contact the Ferndale Police at (248) 541-3650. 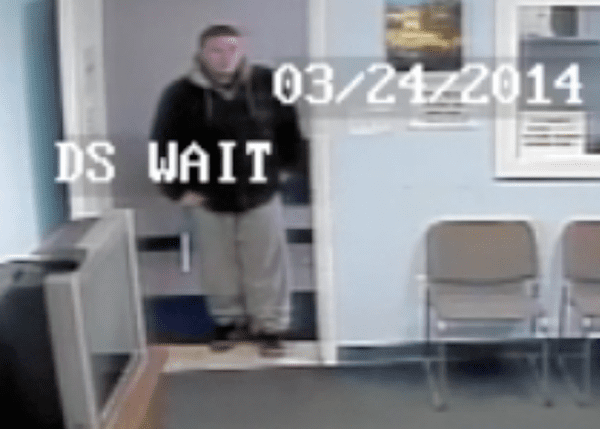