Volunteer of the Year and More at the Ferndale DDA Awards

Volunteer of the Year and More at the Ferndale DDA Awards

(Crystal A. Proxmire, April 5, 2014)
“The first time you meet our volunteer of the year, you might think ‘Well, she’s a feisty little thing.’  And that first impression is exactly right,” said Downtown Development Authority Board Director Jay McMillan as he introduced the DDA’s Volunteer of the Year Francine Hachem.  Hachem was among the individuals and businesses honored at the Ferndale DDA Awards on Monday.
The awards are selected by an online survey of residents and businesses.  Hachem is involved

in many of the DDA events.  “Without a doubt, her feistiness is just one great trait of the DDA’s most willing, most giving volunteer.  For years now, a single phone call has brought Francine Hachem to the DDA office, ready to work, doing whatever needed to be done, whenever it needed doing.  She stuffs envelopes, delivers posters, labels letters.  She is a busy member of the Organization Committee.  She brings her friends to help and every year she rounds up the singers to make a joyous sound at Lunch with Santa.   She and her basset hound Joey, lead the Pooch Parade at Fido Does Ferndale.  Indeed, when it comes to Downtown Ferndale, Francine is all in,” McMillan said.
Volunteers Nicole Rafaill, Lisa Ballien, Suzanne Abrams, and Richard Willcock  were also honored with Service Recognition Awards.

While the volunteers make events and promotion of Downtown Ferndale happen, it is the creative mix of businesses that make it a destination location. The ceremony recognized award winners from 2012 and 2013.
Modern Natural Baby took home two awards, on for best window display and another for best business expansion/renovation for 2013. Modern Natural Baby has grown in the past five years from an

online and festival-based business, to a small shop on Woodward, to a larger shop on W. 9 Mile, and now to the newly renovated space that used to be the massive Dollar Castle store.  Petit Fleur, a décor boutique, won the 2012 expansion award.
Landscaping is another important factor in the look and feel of the city.  Local Kitchen and Bar took home the landscaping award for both years.
There were lots of nominees for best new business signage, but it was Public House that was chosen to be people’s choice.

honor went to Public House.
A new category was created for best façade improvement, an honor that went to the newly re-built Taco Bell.
The DDA also recognized “Fabulous Friends of Ferndale” for their role in making Downtown Ferndale great.   Heather Coleman-Voss of the Ferndale Career Center was recognized for her commitment to networking, and in particular her coordination of FernNet meetings that bring business owners together to mingle and learn.
The Ferndale Department of Public Works was honored because of their tireless commitment to helping the DDA put on events and keep the Downtown area looking lovely for guests.
And Beth Hussey of One-Eyed-Betty’s was recognized for the fun and exciting events that she and her staff take part in, including this winter’s Holiday Hoof and Festive ALE.
To learn more about the businesses and people of Downtown Ferndale, visit their website at www.downtownferndale.com. 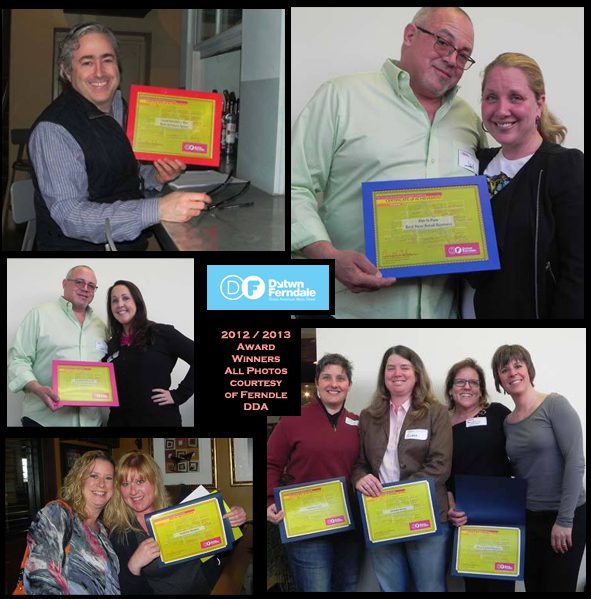 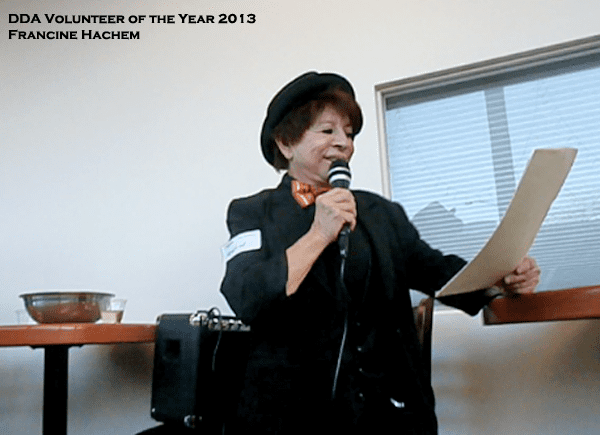