Happiness filled the Oakland County building on Saturday as hundreds came during special hours to take part in what ended up being a brief window of opportunity for same-sex couples to marry.

When 6th District Court Judge Bernard Friedman ruled in the case of DeBoer v. Snyder just before 5pm on Friday, he did not grant a stay.  The case centered around Hazel Park couple April DeBoer and Jayne Rowse who sued to be able to jointly adopt their children. The case was later amended to include the right to marry, and Judge Friedman ruled in their favor.  Attorney General Bill Schuette is appealing the case, and a stay would have prevented any action being taken until after an appeal.
Knowing that a stay was inevitable, County Clerks in Oakland, Ingham, Washtenaw and Muskegon Counties rushed to give residents the chance to marry.  They opened for special hours and waived waiting periods.  In Oakland County 142 couples took their vows.  Statewide

the total is 323.
DeBoer and Rowse were not among the couples.  Instead they are waiting until after the appeals process is complete and their marriage, and adoptions, can go unchallenged. “We will do it when we know it is for real,” DeBoer said.
Oakland County Clerk Lisa Brown, who was a defendant in the case due to her position, was on hand to personally officiate weddings. She performed several ceremonies, but soon realized that there were so many couples they would need to be done en masse.  Through the day she led rounds of ceremonies 25 couples at a time in the County Commission Auditorium.
“It’s just an honor to share in somebody’s very special moment like this,” Brown said.  “It’s just a great feeling to see two people who love each other so much be able to have a right that other people have enjoyed for years.”
The honor of being first went to Glenna DeJong and Marsha Caspar of Lansing, who were married by Ingham County Clerk Barb Byrum just after 8am.

Frank Colasonti Jr. and James Ryder of Birmingham waited in line since 6am to be first in Oakland County.  Prior to that moment, they waited 26 years. The couple met while attending Metropolitan Community Church in Ferndale, and they got married Saturday “to ensure our protection for each other as we grow older,” Colasonti said.  To celebrate they planned on going out to lunch, and maybe picking out wedding rings.
Kat and Jennifer LaTosch of Ferndale first met in college.  Kat recalled always wanting to meet Jennifer because “she was the cool girl who

walked across campus like she knew what she was doing.”  Over 20 years later they are raising two kids.
Being able to declare their love is not the only reason that Jim Schaffer and Jason McIntosh of Pleasant Ridge came out to exchange vows.  “We’re in the process of adopting Norah,” Shaffer said, “This will make it easier.”
Ferndale Mayor Dave Coulter performed ceremonies at Affirmations Community Center, including that of Southfield City Councilman Kenson Silver and Zack Ismail.  Ferndale has long been performing same-sex commitment ceremonies, but Coulter said it was “an honor” to be able to do them as legal marriages.
The District Court is expected to make a decision about if a stay will remain in place during the appeals process or not, but for now marriage is back off the table for same sex couples. 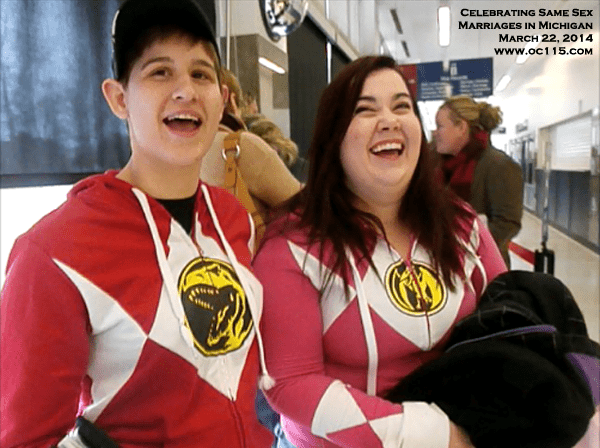 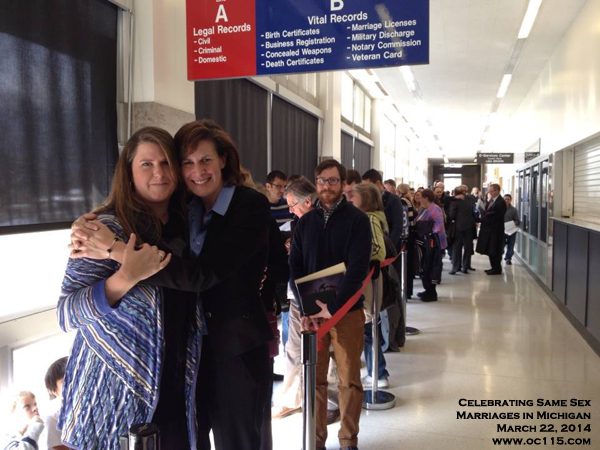 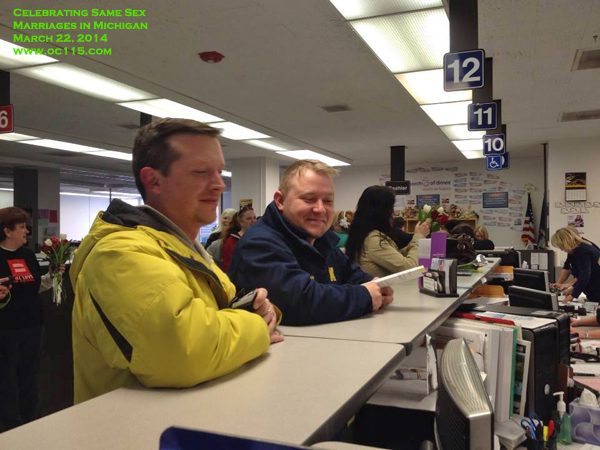 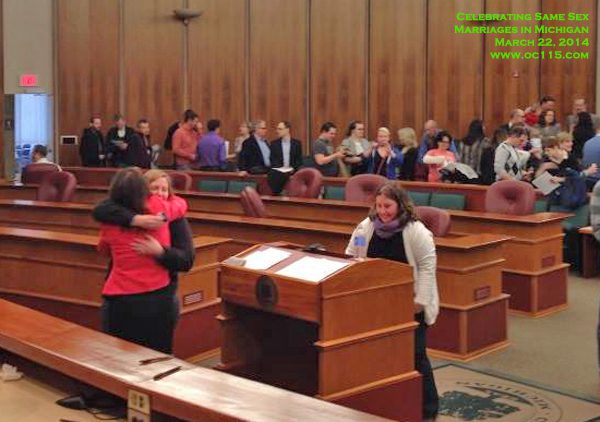 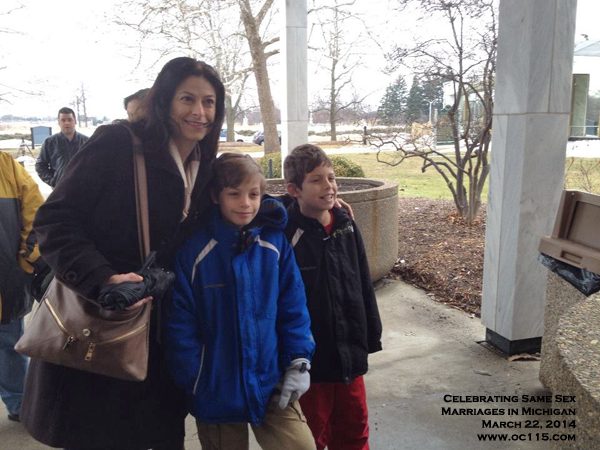 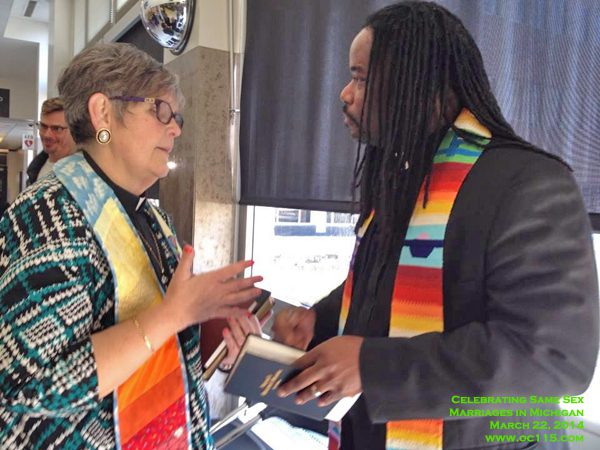 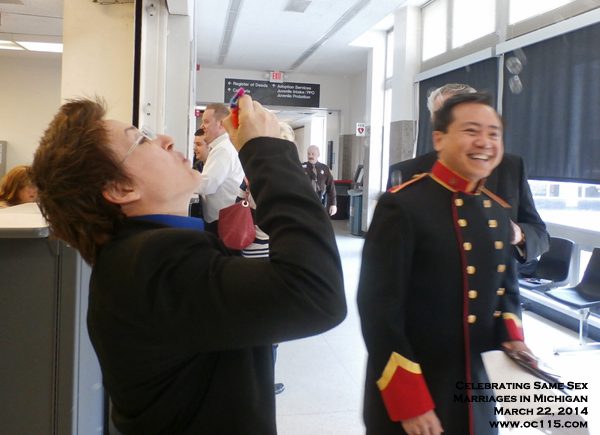 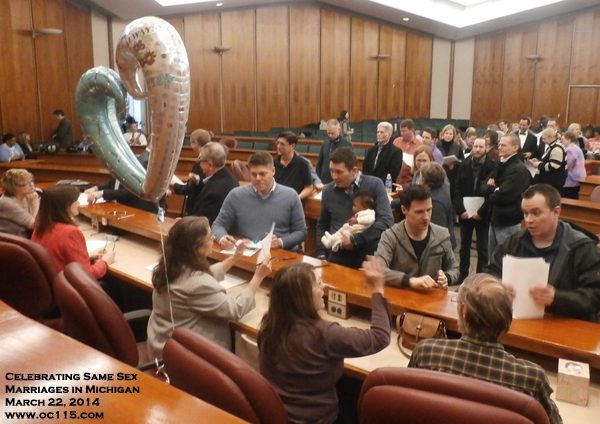 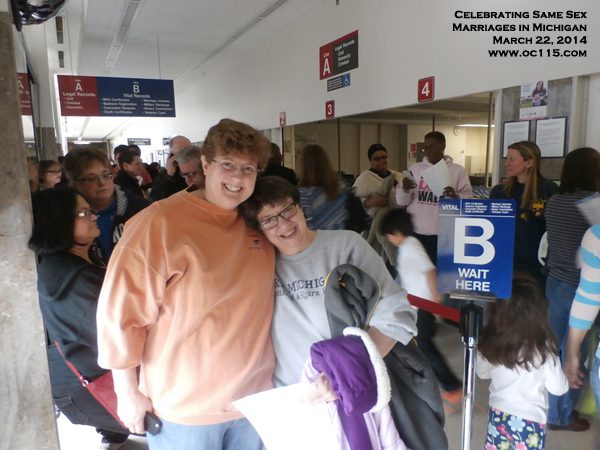 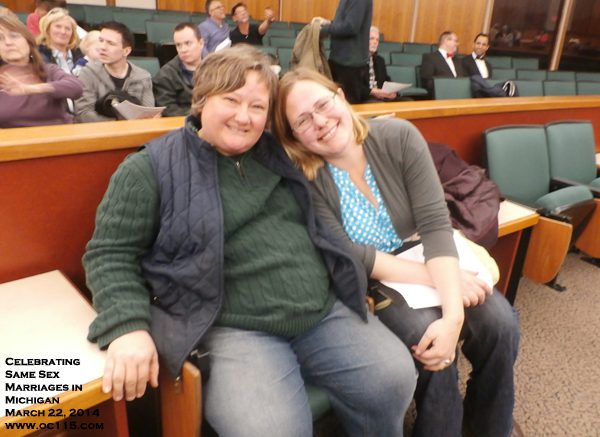 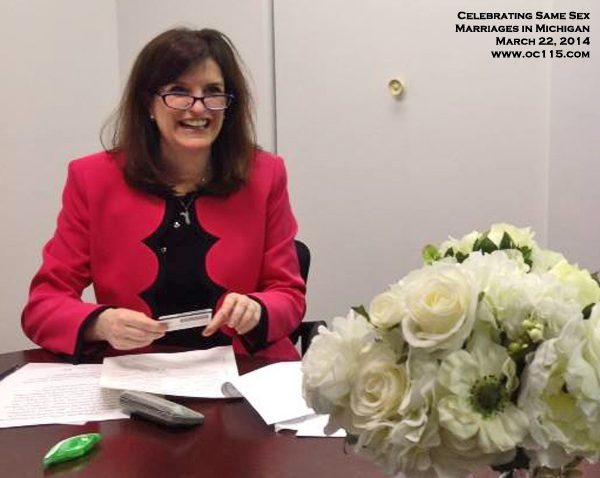 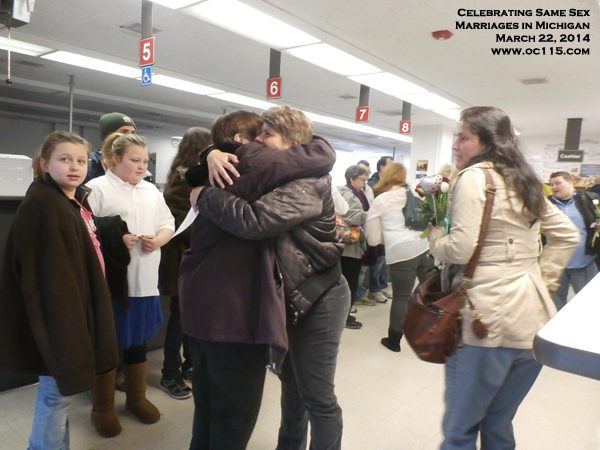 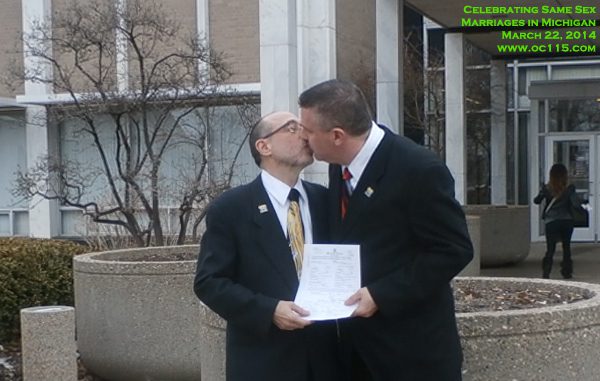 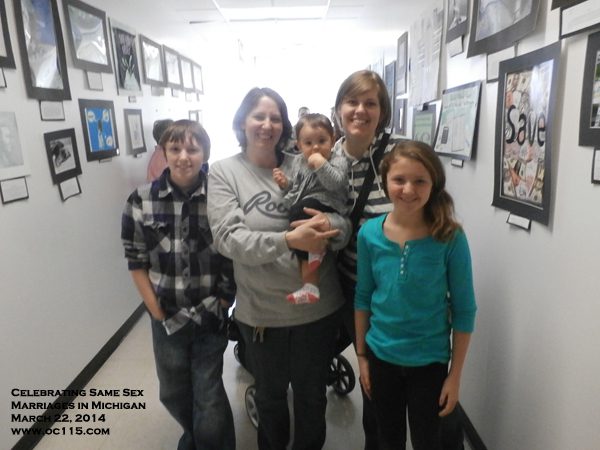 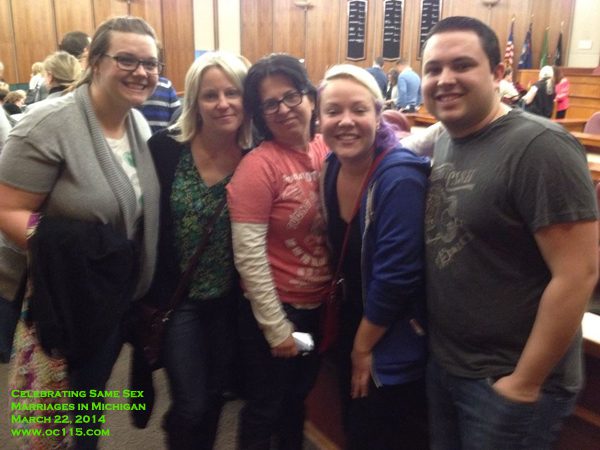 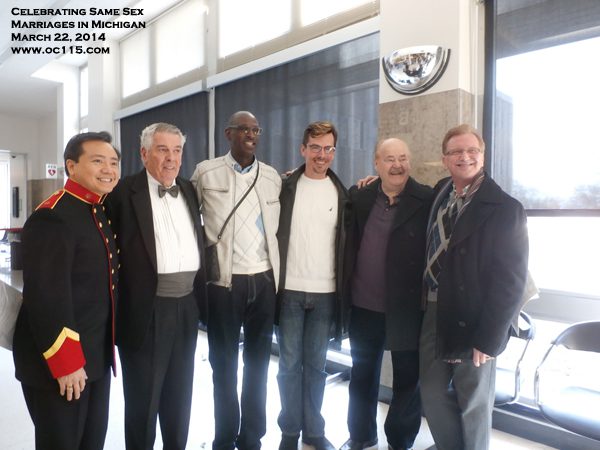 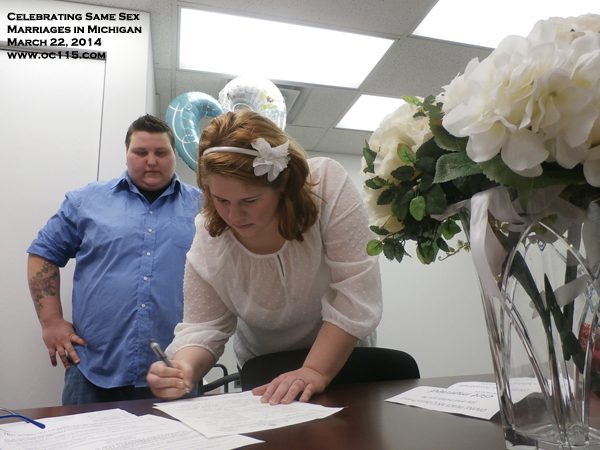