Local Celebrities Read to Roosevelt Students (video)
(Crystal A. Proxmire, March 18, 2014)
To an adult, it is twenty minutes away from their day jobs.  But to the youngsters at Roosevelt Primary in Ferndale, the guests who come to their 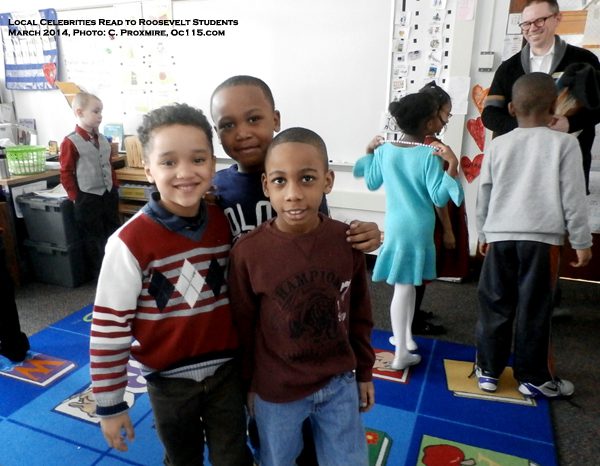 classrooms on Reading Day are celebrities and heroes.
The tradition takes place each year in March, which is national Reading Month.  Children in grades 1-3 gather around and listen to grown-ups read them a children’s book.  The adults are people from the Ferndale Schools communities – 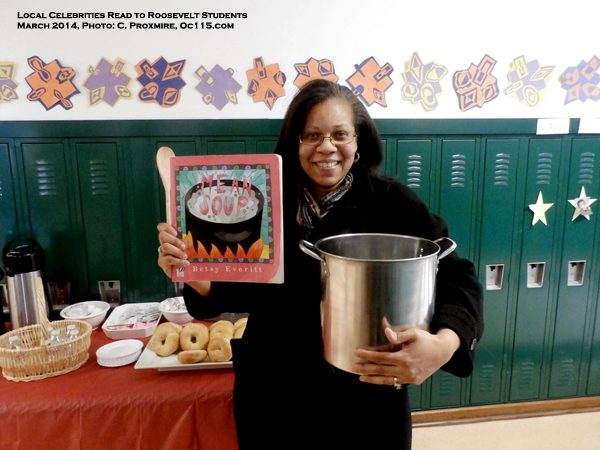 parents, employees from other schools in the district, school board members, police, and politicians, who often have not read to large groups of kids before. 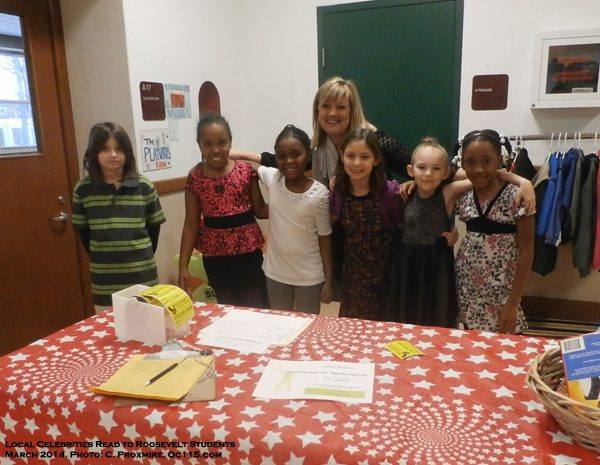 But the kids don’t care.  All they know is that someone with an important-sounding job has taken time away to share the love of reading with them.
Human Resource Director Meg McMahon read “Monsters Mind Your Manners,” then she and her fifth-grade son Ethan answered questions from the third graders in Ms. Smith’s class.  Ethan told the youngsters about what fifth grade is like, including multiplying three-digit-long numbers and his science experiment involving sedimentation. 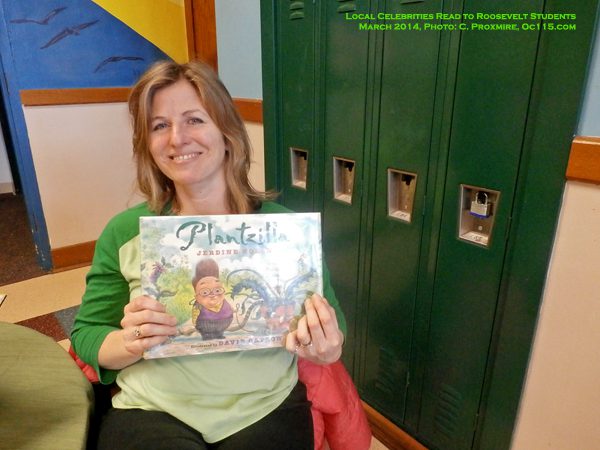 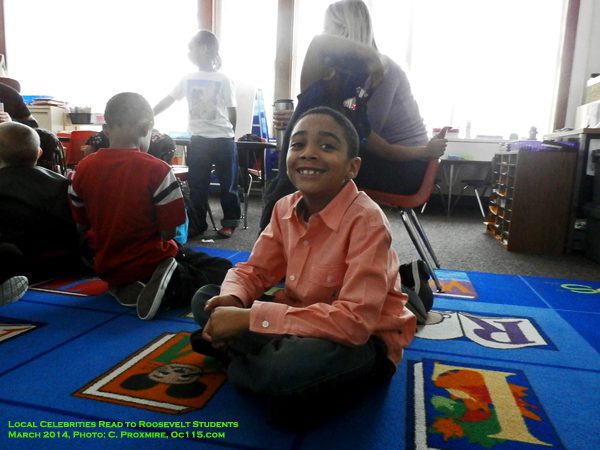 people like Harriet Tubman, Ben Carson, Einstein and Jean-Michel Basquiat.  The book urged the youngsters to press forward with their dreams “On some days your dreams may seem too far away to realize. Listen to the whispers of those that came before,” O’Donnell read.
Mayor Pro-Tem Dan Martin gave students a mini-lesson on voting, giving them the choice of three books.  By an over-whelming majority, the second-graders in 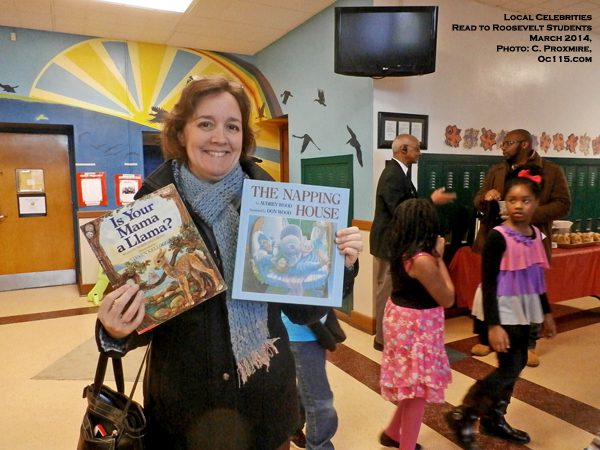 Ms. Hayden’s class chose “Giraffes Can’t Dance,” a book that encouraged the youngsters to be themselves and dance to whatever tune makes them happy.  The kids loved the story 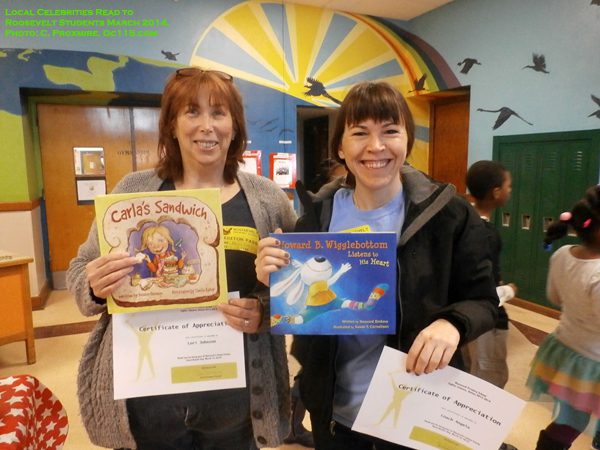 so much that without much prodding they convinced him to read their second choice too, “How Do Dinosaurs Say Goodnight.”
Ferndale School Board Trustee Raylon Leaks-May brought with her more than just a book, she brought a lesson, and cookware.  “Mean Soup teaches the kids ways of getting out their anger,” Leaks-May said.  “They put what makes them angry down on paper and it goes into the pot.”
Parents joined in on the fun too.  The second graders of Ms. Somers’ class got a double-dose of stories when Seth and Molly Kimball each read a story to the children.  Molly taught the students the value of teamwork and fairness by reading “Honey… Honey… Lion,” a story about honey badgers and honey guides working together.  Seth’s book shared some important news too, that “Dragons Love Tacos.”
Over a dozen readers came through the day.  “This is one of the students’ favorite days of the year,” said Principal Rocheleau.  “It really means a lot to them.”  Guest readers were escorted through the school by polite, well-dressed third graders, and they each got thank you pictures signed by the class.
See the videos below for some of the story-telling: