(Crystal A. Proxmire, March 17, 2014)
Irish heritage has long cherished the importance of sitting amongst neighbors and discussing meaningful topics while breaking bread and warming one’s belly with drink. The owner of O’Mara’s in Berkley explains that the true Irish feel resonates beyond the idea of green décor and drunken celebrations often associated with St. Patrick’s Day.
“Being Irish was illegal in the British Empire. They were under the British domain for 1,000 years but the reason they are a country today is because they kept fighting and fighting.  They weren’t afraid to pick up a

pen, or pick up a rifle to defend the right to be themselves,” explains owner, Kevin O’Mara.
“Being literate, to have something of importance to discuss, is what being Irish is really about. It’s not leprechauns and shamrocks and drinking until you pass out. It’s about sitting around a table and taking care of business.”
With the exception of one German grandfather, O’Mara is nearly of pure Irish descent. History has always interested O’Mara, especially that of his own heritage. His great grandfather came to Boston, then Port Huron, in the 1870s from Tipperary, Ireland.  His grandmother on his father’s side emigrated from Cork, Ireland.  O’Mara’s father was one of ten children. 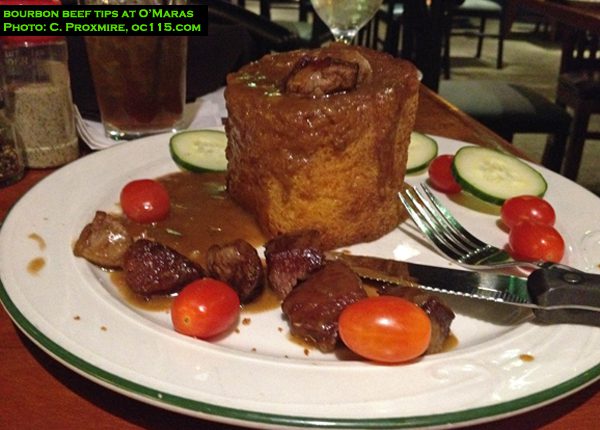 Whether it be from the beauty of a homeland lush with hills and valleys, or the challenge of endless oppression, Ireland has produced a culture rich with thinkers. These names include one of the Fathers of modern chemistry Robert Boyle, Samuel Beckett, James Joyce, George Bernard Shaw, Snead O’Conner, Oscar Wilde, James Connoly, Wolfe Tone and Paul David Hewson (more commonly known as Bono.)
Writers, philosophers, and leaders from Ireland have inspired O’Mara over the years. So when he opened O’Mara’s in 1994, the 29-year-old

entrepreneur had a vision of these historical figures sitting in Irish Pubs having important conversations and accomplishing great things.
“It’s my particular heritage of what an Irish pub should be that inspired the restaurant,” he said.  “Except with one big difference – the food.”
While O’Mara’s does offer signature Irish food like Shepherd’s Pie, Corned Beef and Cabbage, and Beef Stew, there is plenty more for patrons to enjoy.
“Irish food is wonderful,  but has its limitations.  It’s good, heavy, home-style food. But there is so much out there to

enjoy.  And if you’re going to come in and have that Irish community kind of experience, you should also have gourmet, delicious food to go with it.”
With an extensive menu and a moderate price point, one could eat at O’Mara’s for months and never be bored.  Each meal starts with a basket of fresh-baked bread and a cream-cheese and artificial crab dip.  Appetizer choices include spinach-stuffed mushrooms, chicken strudel, bourbon beef tips, cream of Irish potato soup, and the area’s most delicate and flavorful crab cakes.
For salads there are several choices, including some surprises. The macadamia coconut chicken salad and the duck cherry salad bring unique flavors together.  The Red and Green salad is tossed 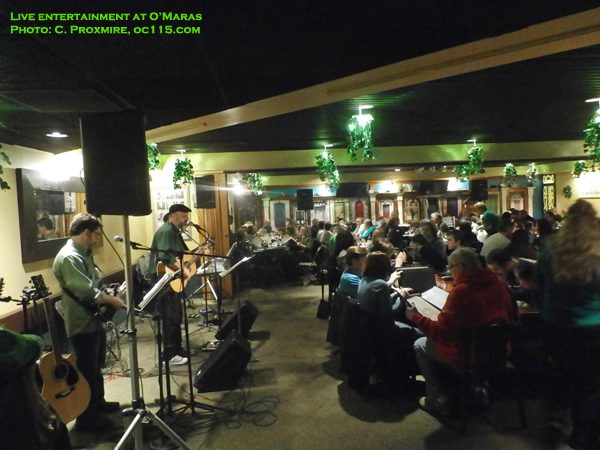 with bleu cheese, walnuts, Mandarin oranges and raspberry vinaigrette dressing and topped with a choice of grilled chicken or shrimp.
Dinner choices include the Dublin broil, salmon in a beggar’s wallet, vegetarian eggplant Napoleon, and even frog legs. Their best seller is Lake Superior whitefish, which can be prepared in multiple ways.

And of course there are soups and deserts. There is even a relatively new breakfast menu with items served until 2 pm.
O’Mara’s kicked off their 20-year celebration this month with customer appreciation days and other festivities.  There is often music or comedy routines to keep guests entertained, and the meeting room is perfect for corporate celebrations or meetings, baby showers, memorial events or any gathering where good food and a great atmosphere are desired.
While other Irish Pubs focus on the younger crowds and refreshments, O’Mara’s is uniquely family-focused.  “This isn’t the kind of pub where underage kids might try to come drink, because they’d run in

to their parents or teachers here,” O’Mara joked. “When younger people do come, it’s usually with their parents or their grandparents out for a nice family dinner. And even though it is a more mature crowd, the truth is they really like it. We get people who come in now who grew up coming here with their parents, and now they’re adults that are getting married and starting families and they come in and talk about their memories here.  It really is something.”
St. Patrick’s Day is kept to a jovial gathering of guests who make reservations in advance, but otherwise the doors of O’Mara’s are open for anyone who wants to enjoy the communal Irish-American pub experience.
To learn more, visit O’Mara’s website at http://www.omaras.net. 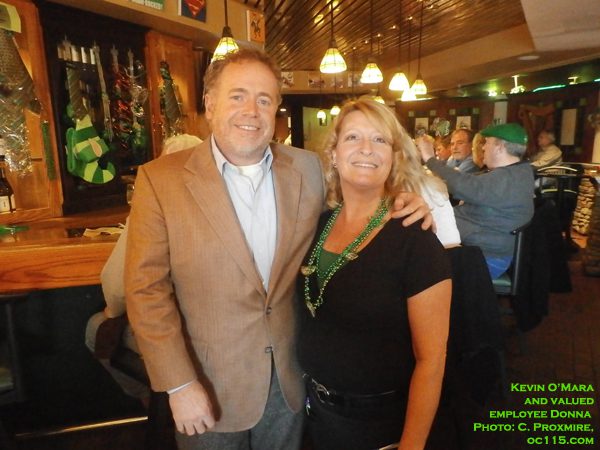 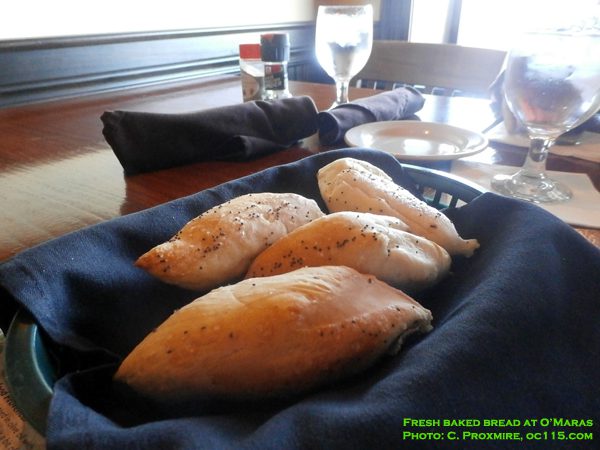 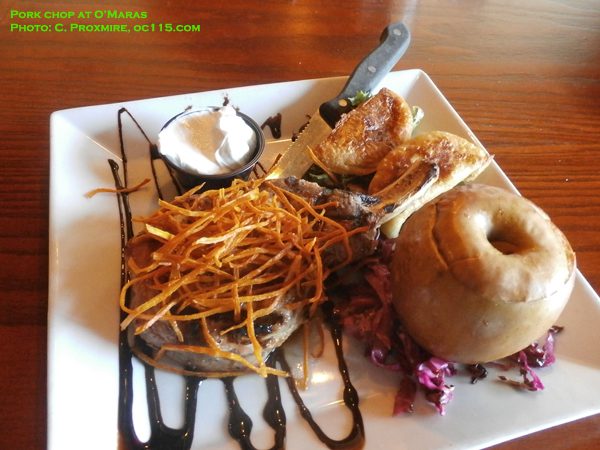 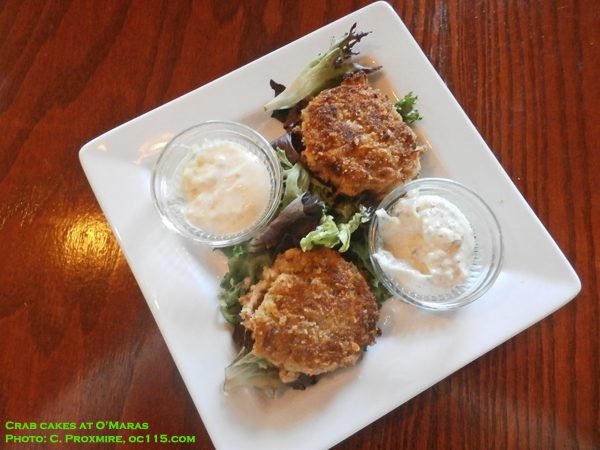