DEQ Called in for 390 Gallon Ethanol/Gasoline Spill in Ferndale

DEQ Called in for 390 Gallon Ethanol/Gasoline Spill in Ferndale

(Crystal A. Proxmire, Feb. 11, 2014)
Extremely cold temperatures have helped the Ferndale Fire Department in their efforts to contain a chemical spill at Gage Products at 625 Wanda at around 10pm Tuesday night.
Fire Chief Kevin Sullivan said that 390 gallons of ethanol from a 500 gallon tote were spilled on the property, and into the sewer.  This also caused steam to billow into the air.  Gage crew placed ‘pigs,’ a tubular absorbent device, to prevent any further drainage.
“An emergency cleanup crew has been dispatched to clean catch basins and sewer. Everything is under

control at this time. I have notified Michigan DEQ [Department of Environmental Quality] and other parties required by law.”
Sullivan added “This is the first time the extreme temperatures are working for us.  It’s approximately 70% ethanol and the balance gasoline.  There was no danger to the public at any time.  The biggest concern would be ignition. That’s where extreme cold is very helpful, no one is out so accidental ignition is barely a factor.”
Police and fire personnel kept vehicles away during the initial cleanup.
According to their website, http://www.gageproducts.com, Gage produces solvents for cleaning and manufacturing, as well as custom test fuel blends, and calibration fluids. 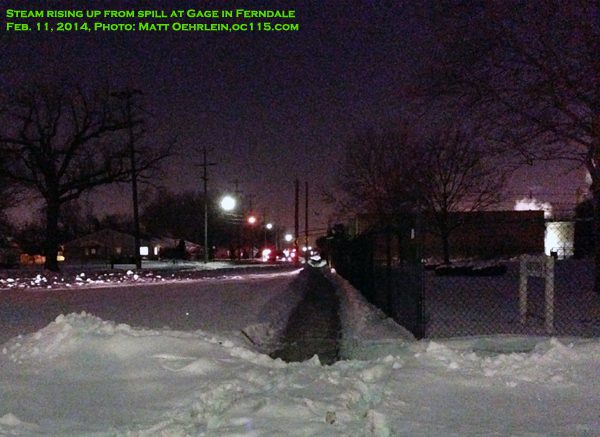 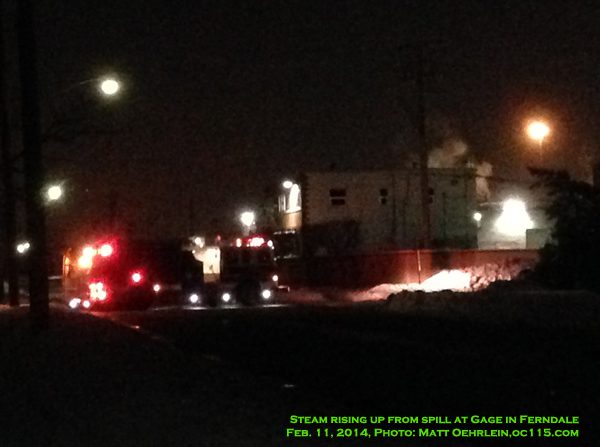 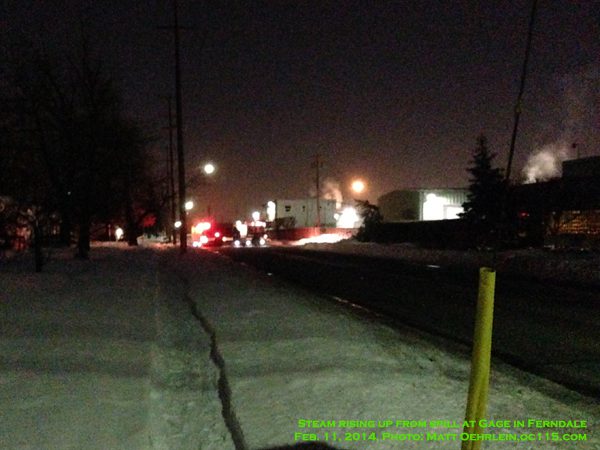