coal-burning power plants.  Beyond Coal has been a project of the Sierra Club nationally for 30 years, and until recently their activity in Michigan has had a statewide scope.  Beyond Coal Oakland County is hoping to have a more focused effort however, hoping to get mass public support for change and to reach DTE stakeholders where they live.
“Many of the DTE board members live here in Oakland County,” said Beyond Coal Field Organizer Zach Deutsch.  “If we can show them this is literally in their back yards, and that people want clean energy, then maybe we can change their minds.”  He said that they’d like DTE to commit to phasing out their coal-burning plants and using more alternatives like solar and wind power.
The group says DTE is one of the most coal-dependent utilities in the country, hurting people’s health, costing residents more,

and harming the environment.  In March of 2013, the Sierra Club filed a lawsuit for 1,499 self-reported violations of the Clean Air Act at DTE coal fired power plants at River Rouge, Trenton Channel, St. Clair and Belle River.
From a financial standpoint, customers have received a 13.8% increase in utility rates over the last five years, while at the same time DTE received $43 million in tax credits for just 2012 alone.  The high cost comes from the need to haul in coal from other states, organizers say.
Volunteers broke into four groups: political action, visibility, media and grassroots.  There they brainstormed ways they can create change in how Michigan receives its energy.
Hal Newman led the grassroots section, focusing on how to get more signatures for a petition in favor of clean energy.  He also hoped people would volunteer to get more businesses on board with their goals.

“We need business support because politicians need to see there is business interest not just environmentalists,” Newman said.  So far 40 businesses have endorsed their efforts.   The goal is to get at least 40 more.  Volunteers will also be visiting farmers markets and college campuses to gather signatures.
Reaching out to the media is another way to influence popular support.  Rebecca Hammond led the discussion group about the media, with Craig Covey of Oakland County Water Resources Commission helping jot down ideas.  They talked about the effectiveness of social media as well as the need to reach out to newspapers with letters to the editor.  “It’s so easy now,” Hammond said.  “You can submit your

comments online and click send.”  She said that when publications get large amounts of opinions on a subject, they tend to take notice.
The same theory is true in reaching out to elected officials.  The group discussing political action vowed to push the idea of emailing representatives their opinions in hopes of getting their attention.
Other suggestions for increasing awareness and visibility included creating a skit to upload to You Tube, holding a press conference near a power plant, and having people walk around wearing white and carrying coal to show how dirty it is.  The campaign kick-off also had an attention-grabbing performance by the Raging Grannies.  Nancy Goedert, Carolyn Doherty and Charlotte Kish sang songs admonishing DTE for not making clean energy a priority.
More information about Beyond Coal can be found at the Sierra Club website at http://content.sierraclub.org/coal/michigan, and local organizing is being done through Facebook at https://www.facebook.com/pages/Oakland-County-Beyond-Coal/259796184179441. 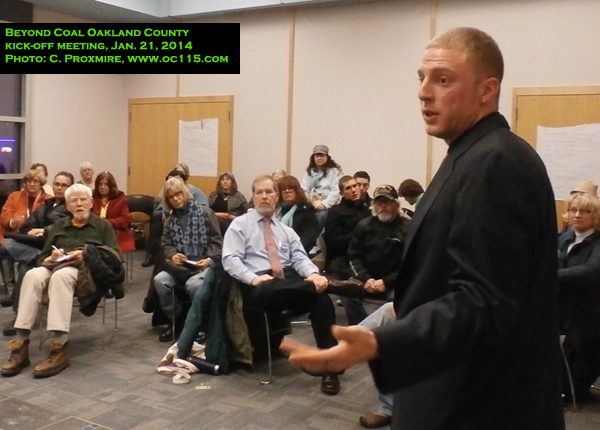 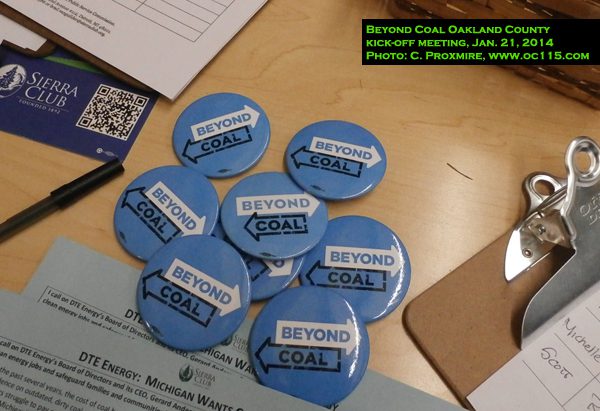 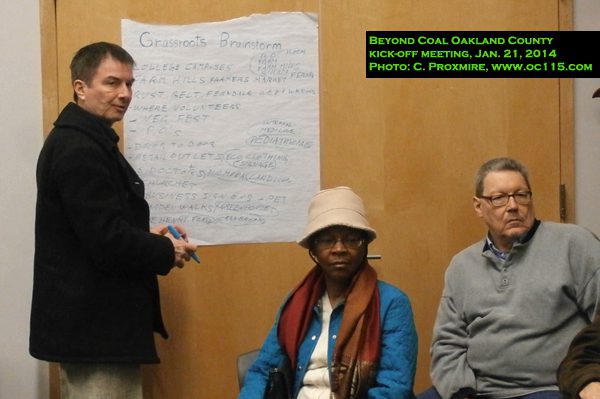 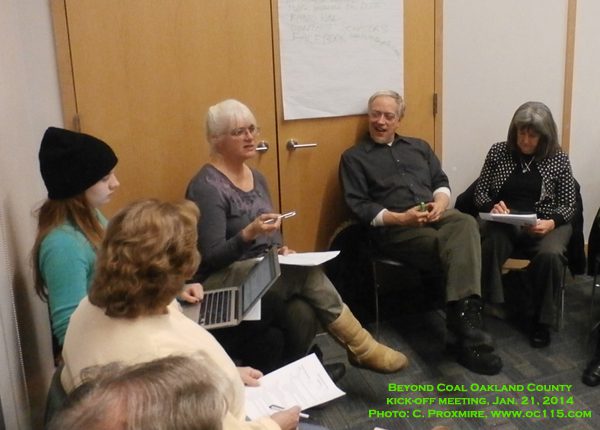 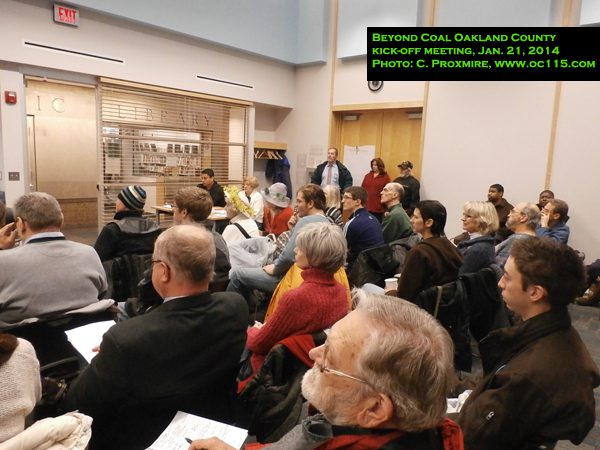 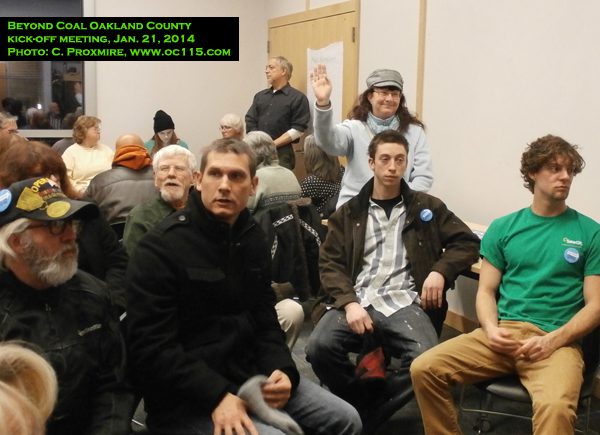