(Crystal A. Proxmire, Jan. 14, 2014)
Dozens of union members – teachers, secretaries, bus drivers and maintenance workers – held signs and chanted about fair wages as they looped around Burdette Street in front of the Ferndale Schools Administration Building before Monday night’s School Board meeting.  The workers say that administration is pushing for pay cuts to the unions as a way to compensate for a $2 million budget shortfall.
The shortfall comes after the District revealed enrollment of 354 less students than projected.  The same thing happened last year when enrollment projections fell short and the District cut the equivalent of 16 positions.  At that time they had over-estimated student counts by 400.  Now as union negotiations are

under way, the administration and board are asking for union employees to accept a reduction in pay and benefits.
“I don’t feel comfortable being explicit about the content of bargaining, but clearly we are asking the employees to invest in the District, share with the Board trying to right the ship from a financial perspective,” said Superintendent Gary Meier.  “We’re trying to avoid significant staff cuts, and hopefully working together, looking for ways to find a solution.  As part of this whole approach to managing this budget we would expect all of our employees to participate in an equal way in the process.
“Personally I took a reduction a couple of years ago and I’m going to take a reduction this year as part of this process of trying to find an equitable and shared way to deal with some very difficult issues,” Meier said.
Troy Scott, State Representative for the Michigan Education Association for this area, said that Meier and administration have not agreed to cuts.  “It was asked at the table recently that we want a guarantee, in

writing, that if, and only if, if we were willing to take a sacrifice, we want, in writing, guaranteed that everybody from the top down in this building, administration, will take the same cuts.  They absolutely will not. They refused.”
Scott said the problems lie in administration, not with the teachers and other workers.  “It boils down to, in one word, in my opinion, mismanagement.  Across the board it’s mismanagement. They overestimated their student count by 78.  There’s no other districts in this area that even came close to overestimating their student count like that.  As a matter of fact they’re about 350 short…and they want to put that on the backs of the employees,” he said.
When asked how he would approach the budget cuts, Scott said “before you go after person resources…let’s start with unnecessary buildings.  Let’s start with this Administration Building.  How much is this Administration Building worth?  How much are we putting into it? That money can be put into students and the employees and it’s not being done.  There is room elsewhere in this district for the people in this building.”
Literature handed out at the demonstration also provides other suggested alternatives.  “Some of the

revenue generating ideas that the district could consider are: selling off property, charging a small fee to participate in some programs, moving central offices into a school building, and re-considering open enrollment policies that have had an adverse effect on enrollment,” one flier suggested.
The American Federation of State, County and Municipal Employees [AFSCME] has suggested that the board cut out subcontractors and consultants, reduce management wages, and ask Chartwells [the outside company that provides lunches] to be responsible for repairs to trucks and kitchen repairs.
Patty Catone, President of the Ferndale Association of Educational Secretaries, was among those demonstrating Monday.  “They’re asking for pay cuts and they’re not doing it from the top down, they’re doing it from the bottom up.  They’ve got $3.1 million in their fund balance so there’s no reason for them to be coming after us.  We make a small amount anyway,” she said.  She also questioned why there is no accountability for over-estimating enrollment year after year.
A flier from the FAES discusses sacrifices made by the secretaries union over the past few years, including no longer getting vacation days and paid holidays, overtime no longer paid in wages but in “comp” days, and not being compensated for a 3% deduction from the state even though administration is.  The number

of secretarial employees has gone from 39 to 25 in recent years, causing some schools to be short staffed.  Additionally they have been given extra tasks that administration used to do, including count day info, overseeing substitute teacher system, and immunization record keeping which used to be done by school nurses.
Ferndale Education Association, the teacher’s union, suggests that the District look for short-term revenue and cover the difference using part of the District’s fund balance. “As we look forward towards long-term solutions, the District must develop new ways to attract students and ensure that our staffing and programming meet the needs and financial ability of our district.”
While the workers consider pay cuts a sacrifice, administration and the school board consider them “an investment,” and they place blame with cuts that happen at the state level.
School Board president Jim O’Donnell said he could not speak on the specific negotiations, but that the solution is “making sure we all get people to Lansing so that we have an increase in the state school funding.

And the other thing is we make sure we execute the strategic plan so no matter what the outcome of the bargaining process, we’re going to work out exactly how we have to balance the budget. What we’re going to come out with is a District that, although people are asked to make sacrifice in the short term, in the long run they will be able to gain much more and the whole community will be able to gain much more.  And the whole community will gain from a stronger school district, one that has more students, focused on education – getting kids college and career ready and focuses not on just standard test scores but in fine arts, foreign language and all of the other enriching programs that we have.”
Meier is confident that an agreement can be reached.  “We’re trying to avoid significant program modifications, trying to avoid significant staff cuts, and hopefully working together for ways to find a solution.
For more on Ferndale Public Schools, visit www.ferndalesschools.org. 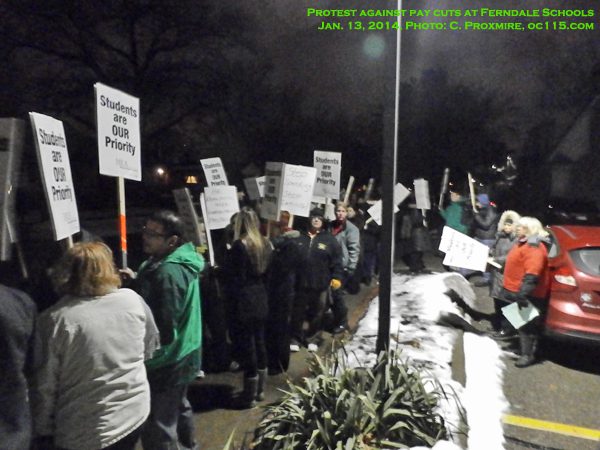 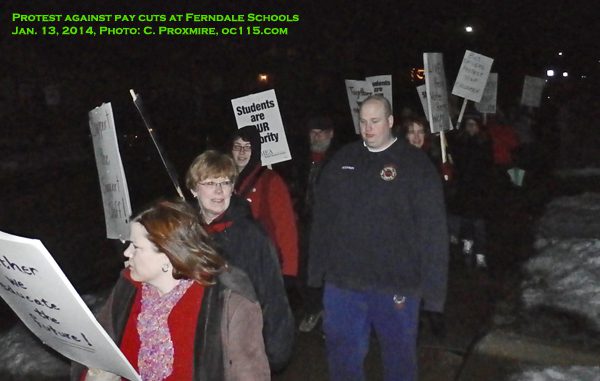 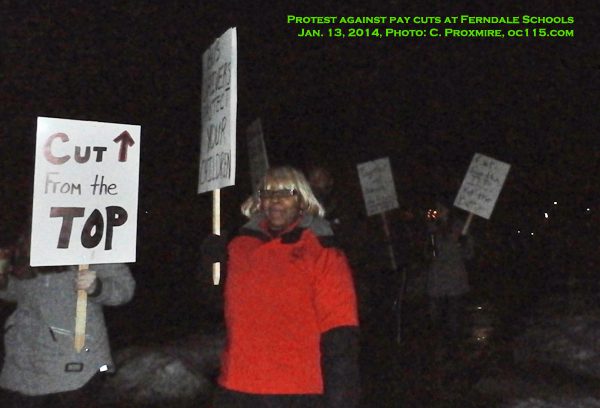