The modest-sized bar just north of Cambourne, with new management taking over last May, has since been regularly hosting a revolving roster of line ups featuring exciting and up-and-coming music groups from around the area, spanning indie-rock, electro and experimental R&B.

They continue this welcomed uptick of concert-hosting on the last day of 2013. George Morris currently calls Royal Oak home, but he’s been playing around Detroit venues for eight years (or longer) with

Last year, Morris experimented with the route of “solo-singer/songwriter” and sat down with his organ to craft a debut album under his own name (George Morris’ Organ Solos). Over the last year, Morris gathered a trio of talented local musicians (drummer Zack Pliska, keyboardist Helena Kirby and bassist Aaron Nelson, the latter being a fellow-former Satin Peach, himself) and together they formed The Gypsy Chorus.

And some HandGrenades, too! I mean, the group, rather…not any kind of explosives (though, there should be plenty of noise ‘round about midnight). The HandGrenades are pop-songwriting whizzes, having cut their teeth as a lauded Beatles cover band, and matured together over the last half-decade into a formidable live act with two album’s worth of original songs.

Just as Morris is opening his initially-solitary experimentations to other collaborators, local songwriter

Joel Sanders has enlisted a quartet of musicians to help bring his more meticulously arranged songs to the stage for live recitals. Sanders crafted an album’s worth of ambitiously orchestral post-rock, meditative melds of electro-jazz and abstract baroque-pop, for an album titled Regeneration (which will be out in March). Pliska (from the Gypsy Chorus) also plays drums in Le Voyage – along with Danny Kahn on bass, Ryan Wood on guitar, Sanders on vocals and guitar and Alex Norris on keys and back-up vocals.

So there you have it – three exceptional indie-pop outfits each in aesthetically transitional phases – inside a Ferndale-based venue that is, itself, starting to realize its potential to be a significant hub for live music in this ever burgeoning scene. 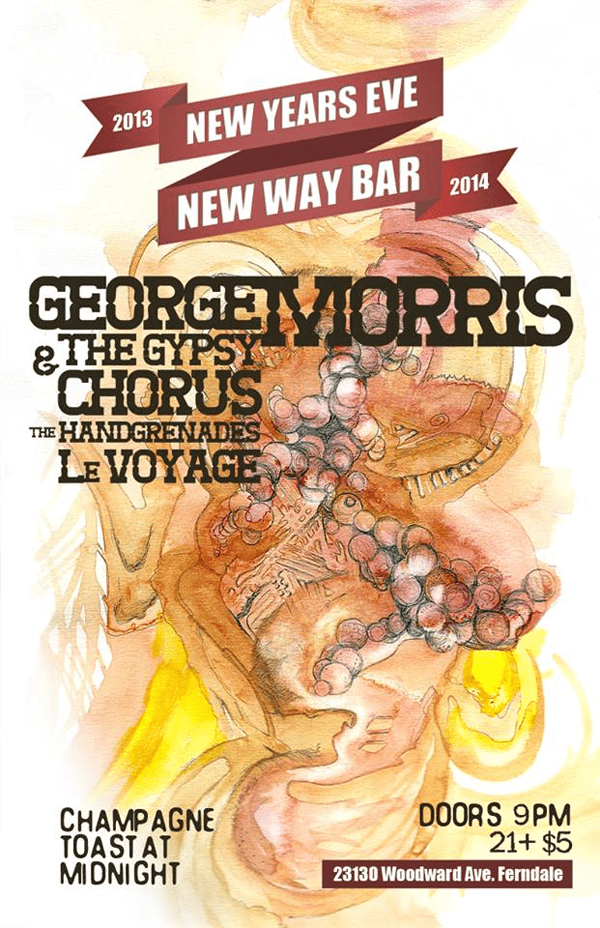