SUMMARY: Deputies responded to the 4500 block of Ava for a report of a larceny just discovered.  The homeowner states there were packages delivered to the residence and left on the front porch.  When the owner went to get the packages they were gone.  The home is equipped with a surveillance camera which clearly shows the responsible and their vehicle.

OUTCOME OF INCIDENT:  The information has been turned over to the detectives for further

investigation.  Anyone with information on the identity of the suspects is asked to call the Sheriff’s Office at 248-858-4911 or Crime Stoppers at 1-800-SPEAK-UP. There is a $1000 cash reward. Still photos of the suspect and suspect car are attached.

VIDEO OF INCIDENT (Y or N): Surveillance camera footage is being reviewed.  Still photos of the suspect and suspect car are attached. 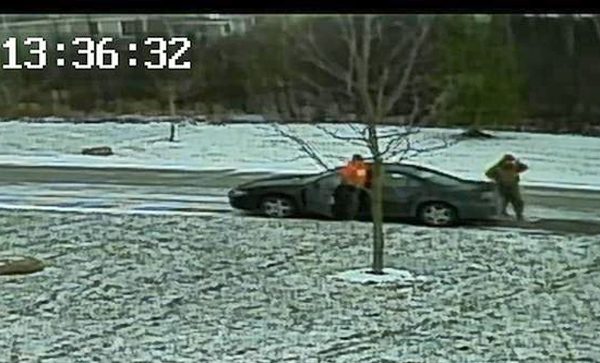