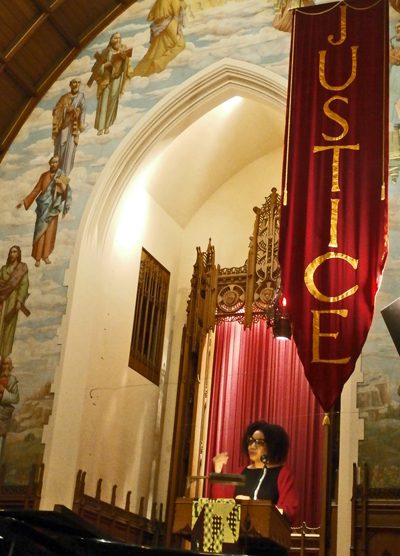 242. That is the number of transgender individuals whose murders and suicides have been reported in the past year around the world. Groups like Gender Identity Network Alliance (formerly Transgender Detroit) know that this number is low due to the under-reporting of the deaths.

Each year GINA, in partnership with other LGBT organizations, comes together for Transgender Day of Remembrance to list the names of the dead. This year Jessica Manko and Marty Howland did

the honor while Eric Folkmire lit one candle for each name. According to Transgender Europe, there were 95 transgender people killed in Brazil over the past year, 40 in Mexico, 15 in Venezuela, 12 in Honduras, and 16, possibly 17, in the United States.

On Nov. 8 the body of a person believed to be transgender was found in the Palmer Park area of Detroit, left in a trash bin. The victim’s name remains unknown and police have not yet released more details.

Michelle Fox, founder of GINA, said, “We need to educate and get legislation done to make it easier for transpeople so that they will be able to get gainful employment. Many youth when they come out to their parents, are thrown out on the streets and out of their house. And then on the streets a lot of them

have no choice but to sell their bodies just to have a roof over their head and food to eat. What we need to do is offer more services.”

In a poem honoring the “black girls who look like black men,” Natasha Miller lamented the loss of a 15-year-old lesbian named Sekia Gunn who was murdered in New Jersey in 2003. “Black men are targets, we are just imitations,” she wrote. “Not even worthy of being considered trash. Never wanted to be trash so bad or to at least be noticed, be known. That you are not going to stop killing us, but at least have enough decency to leave

records of our deaths. Hang us on trees, near streetlights, give us names. Tell our mothers that you are sorry for their losses. Even if you are not, just talk about us.”

Through the pews of the Michigan United Methodist Church in Detroit, people of all ages, races, orientations and genders held candles and listened in reverence. Stephanie Loveless of Ferndale sang about suicide, but only after first noting “Isn’t it wonderful to be trans? Isn’t it the most wonderful thing in the world? I know it is for me. Learning to love the woman inside myself is probably the best and smartest thing I’ve ever done and I wake up every morning just so happy that I was able to get to that place. I think it’s important to remember that, when on days like tonight, the violence that’s done against us, it’s easy to be crushed by despair.”

Valerie Kleinhekset also sang. For her having a transgender aunt made it easier to be her authentic self when the time came for her to come out as a lesbian. Rev. Ed Rowe led a prayer, saying “God we know you are in

charge, we just wish you would make it more obvious.”

Emotions ran most deep when Lynice “Mama” Nelson read a poem about her daughter “Treasure.” In 2011 Shelly Hilliard (Moore) was kidnapped, beaten, murdered and her body disposed of by the killers in a gruesome way. Hilliard had served as an informant for the Madison Heights police after being caught smoking marijuana in a hotel room. The police told the drug dealer who it was that set him up, and just after being released he went after the 19 year old transgender woman. The brutality of her death sent shock through the transgender community, and while the killers are in prison, Hilliard’s family is now suing the police involved for violation of her civil rights for revealing her identity to the killer. Nelson has been working with Ruth Ellis Center to bring support to other transgender youth.

“It’s been two years since they took our Shelly from us, my Treasure,” Nelson said. “I am here to see one of those days I have fought to stay strong, to be brave, for Shelly’s siblings who she loved so much. I loved her unconditionally as well, to death. To death. I never thought that would ring so true in my heart.”

For more on the Gender Identity Network Alliance, visit their Facebook page at http://www.facebook.com/GenderNetworkAlliance. 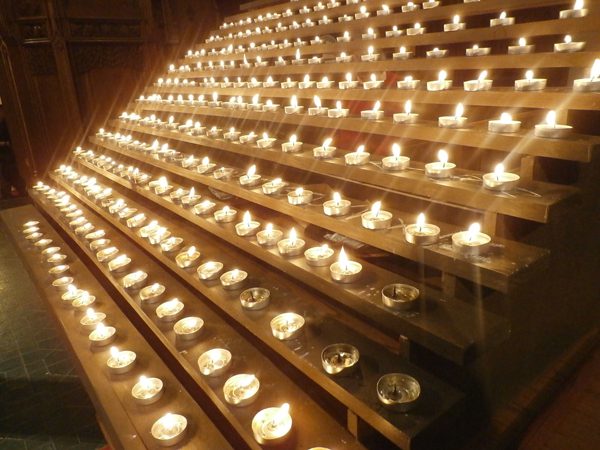 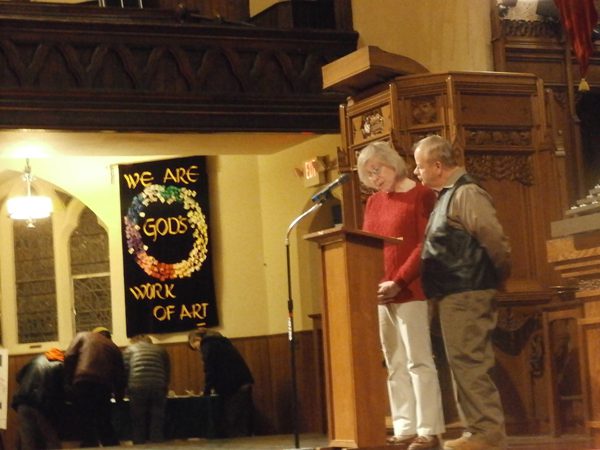 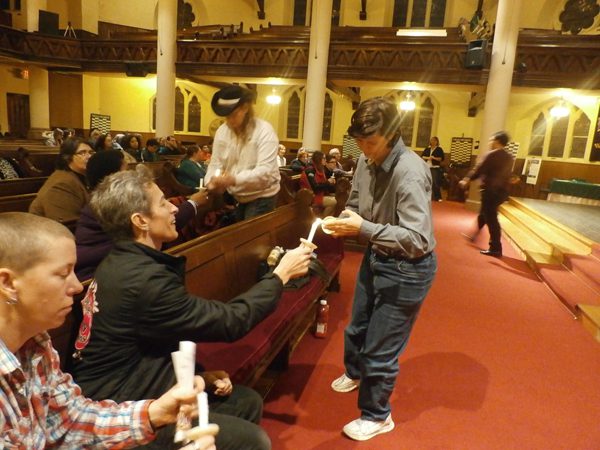