UPDATE:  The developer has withdrawn their request. Please read our updated story about the property at https://oaklandcounty115.com/2013/11/20/royal-oak-barnes-and-noble-safe-for-now/.

The Royal Oak City Commission is considering a liquor license transfer to the current location of Barnes and Noble, for the creation of an Italian Restaurant and Night Club.  The license would be a transfer from the former Fiddlehead Restaurant and Bar to 500 S. Main St, implying the imminent closure of the two-story bookstore.

Barnes and Noble has been closing stores nationwide, and in January said they plan on cutting back by a third, according to a report by the LA Times.  The Royal Oak store is in a space leased from Royal Oak Partners LLC, owned by Tim Blum.

According to documents included in the Commission Agenda Packet, 500 S. Main Street would be remodeled

and divided.  The escalators would be removed and the second floor would become office space for Royal Oak Tech Company. This would bring an estimated 80 to 100 jobs to the location.

The downstairs would become a restaurant and night club, with dancing permitted in limited hours in accordance with the City Code.  SV Italian Eatery would be a 9,000 square foot restaurant and bar with seating for 270 patrons, including 56 patrons on two outdoor patios.  They would serve wood burning oven pizzas, cold and hot appetizers, soup, salads, Panini’s, pasta, beef, poultry, fish and kids’ menu items.  There would be live entertainment and DJs on the weekends, and an expected ratio of 70% food sales to 30% alcohol sales.

The Royal Oak Police are opposing the license transfer.  Lt. Mike Frazier submitted a memo to the Commission giving reasons to deny the license, including the number of similar establishments in the Downtown area and

the owner’s previous record of bar ownership.  SVI One, the company applying for the license, is made up of Michael Sassine who owns 80% share, his brother Henry, and his cousin Robert.

The Sassine family has owned 29 Park in Windsor, Ontario since June 2003 and 29 Park Restaurant in Novi, Michigan since 2010.  Additionally the Sassines previously owned an additional 29 Park Restaurant in London, Ontario from June 2005 to August 2011.  The properties in Canada had multiple Alcohol and Gaming Commission of Ontario violations and warnings, including failure to post license, failure to control disorderly conduct, and over capacity and permit drunkenness.  According to police, the Windsor location had 39 calls for service in 2010, 42 calls for service in 2011, 57 in 2012 and 28 so far in 2013.

Since 2010 the Novi Police Department has responded to 113 calls for service, including four

aggravated/felonious assaults, 20 assaults, 9 reports of disorderly conduct and 24 customer trouble calls.  Frazier noted that the Novi location is only open a total of ten hours per week, which are Friday and Saturday nights from 9pm to 2am.

“The applicants have a history of being unable to control the activity in their establishments,” Frazier wrote.

Jim Schultz, Chairperson of St. Paul Lutheran Church and School also submitted a letter in opposition to the liquor license because of the proliferation of bars and dancing, and because of the effect the increased traffic could have on parking.

The Public Hearing on the liquor license transfer will take place Monday Nov. 18 at the City Commission meeting. For more information download the information packet here.

Or visit the City of Royal Oak website at https://www.ci.royal-oak.mi.us. 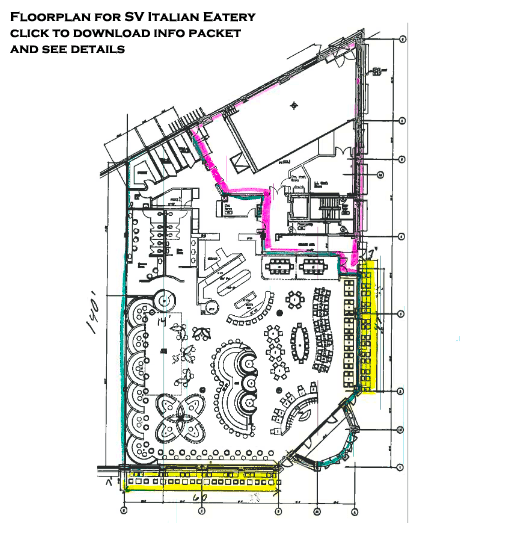 Dec 3 – Ladies Day in the Garden at Public House in Downtown Ferndale
November 26, 2022