An un-neighborly statue has social media abuzz today as CBS News and others are sharing pictures of a bronze middle finger erected in the back yard of a Bloomfield Hills home.  According to reports, a grumpy ex-husband purchased the home next door to his ex-wife and had the statue installed so it could be seen from the home.  The statue is even lit at night with spotlights.

The photos came from Twitter user Lenka Tuohy, who implies being the daughter of the ex-wife.

CBS also reports that “As of Friday, it was unclear if the city would allow the statue to stay.”

The middle finger, and depictions of it, are traditionally protected under free speech.  Here are some other stories on the “middle finger” issue: 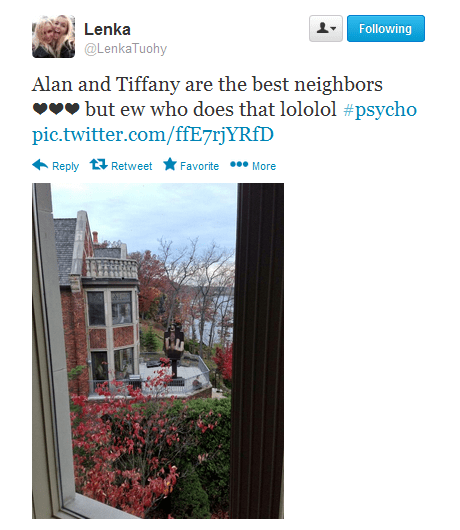 Dec 3 – Ladies Day in the Garden at Public House in Downtown Ferndale
November 26, 2022
Search Our Site