More than 50 Coolidge Intermediate School students are getting lessons about life and the game of basketball on the court each week as part of an After-School Basketball Mentoring Program.

“Our after-school enrichment programs (we also coach character in girls dance/cheer program) allow us the opportunity to ‘coach’ character.”

Students can get involved by just signing up. Permission slips are in the Coolidge office and Coach Buck doesn’t turn anyone down, says Bruner.  Each session is from 2:55-3:55 pm but coaches regularly stay over and work with the students until their parents pick them up.

“It’s a confidence builder,” says Coach Massey. “I feel overall that kids are being ignored.”  Massey says that kids learn by example and need to see male mentors in action—it means even more when these male role models get out there on the floor and spend time with them, and play ball.

He played pick-up basketball for his entire life and played organized ball since the age of 9. “I know how easy it

is for kids to get deterred and lose focus. We are aiming to build character and get scholarships at school.”

The program also teaches accountability to self AND team. Coaches use running laps as discipline for behaviors that occurred in the classroom during the week.  And if one student misbehaves, they ALL run. “They are disciplining themselves,” said Coolidge Band teacher and program volunteer David Coleman.

The program began last year with 30 students and has grown to 50 this year.  Coolidge Head Custodian Dan Mazur is also helping the program, and volunteers his time each week to help coach and mentor the students, along with Coleman.

Check out photos from the program on Facebook: https://www.facebook.com/FerndalePublicSchools 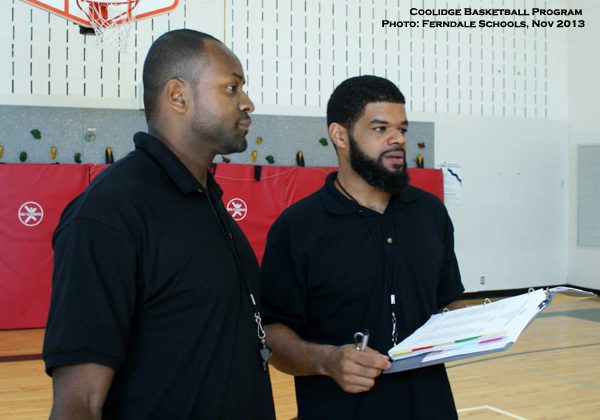 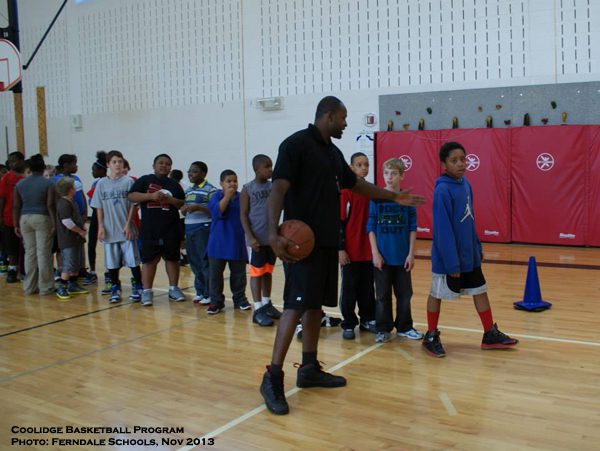 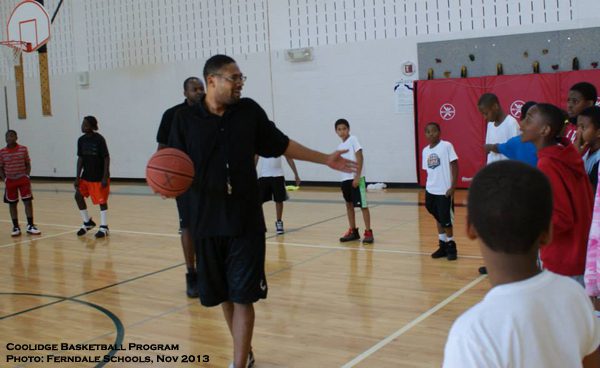 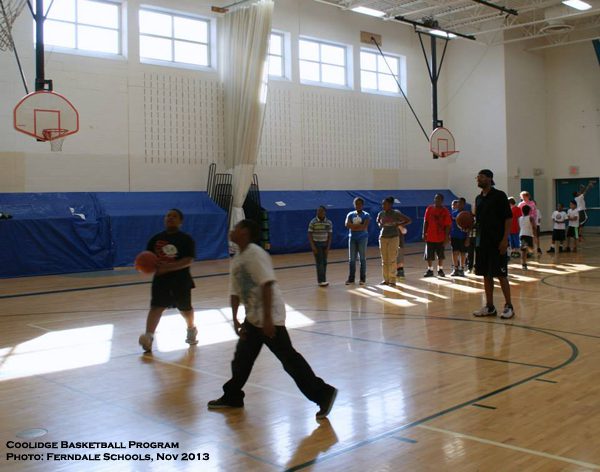 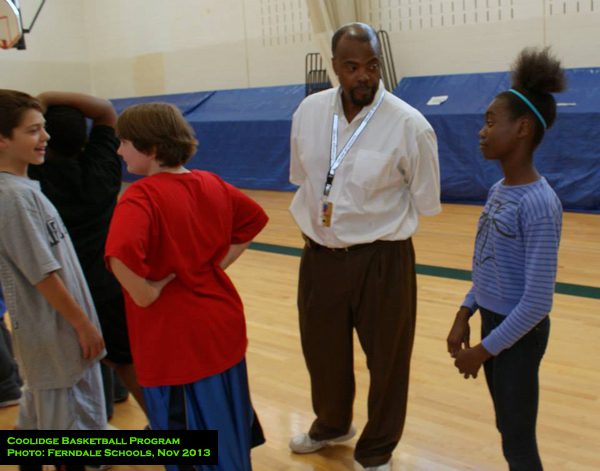 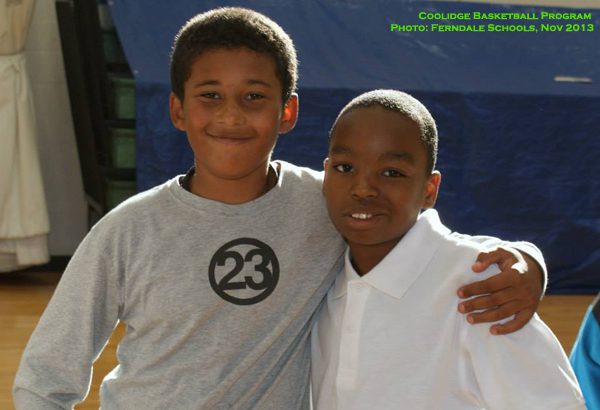