Raindrops fell on respectful faces as Ferndalians gathered at Memorial Mall for the annual Veteran’s Day Ceremony at 11 am on Nov. 11. Veteran’s Day celebrates all those who have served in the armed forces, living or deceased, offering a day of gratitude – and in Ferndale’s case, prayer and snacks.

Rev. Paul Gateman of Zion Lutheran led two prayers, while Timothy Brennan of the 338th Army Reserve Band led the Pledge of Allegiance and introduced the guest of honor.

Major Clymouth Roos of the US Marine Corp was recognized for his service dating back to 1989.  He is currently the USMC Armor Liaison Officer to the U.S. Army Tank Automotive Command (TACOM) at the Detroit Arsenal in Warren, Michigan. He and his wife Karen live in Ferndale.

Roos is a 1993 graduate of Troy State University with a BS in Economics, plus he received a Masters in Business Administration from Boston University in 1005.  In 2012 he he received a master of operational art and science degree from Air Command and Staff College.

Among those he thanked were the families of armed service personnel.  “There are those who stood by and sacrificed silently, waiting for their men and women to return,” Roos said.

He carried with him an artifact of the past, a WWI helmet that he keeps in a collection of military memorabilia.  “95 years ago we still

had Marines in combat there [Europe], fighting, and not really knowing when the war was going to end,” he said.  “Then at the eleventh hour of the eleventh day of the eleventh month the guns fell silent and the Marines were told to stop their operations.  And all along the Western Front, British, French and American armed forces, coalitions from over 100 countries, stopped fighting.  And the Germans, the Austrian and the Hungarian forces also laid down

Roos added “This was supposed to be the war to end all wars…In the last 95 years, the wars have not stopped.  Men and women are still being called upon to serve their country.

The ceremony ended with the playing of Taps and a community gathering at the Fire Station, complete with coffee and cookies.

Dick Willcock has been coming to the observances for about ten years.  “Memorial Day is to celebrate those we’ve lost. Veterans Day is to support all of those who served.  It’s to show appreciation to those that have served our country,” he said. 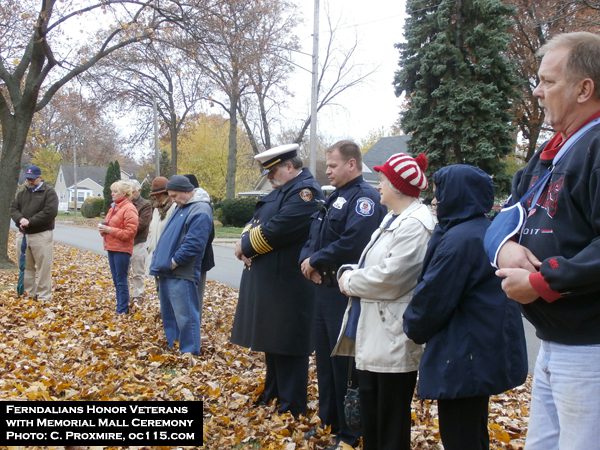 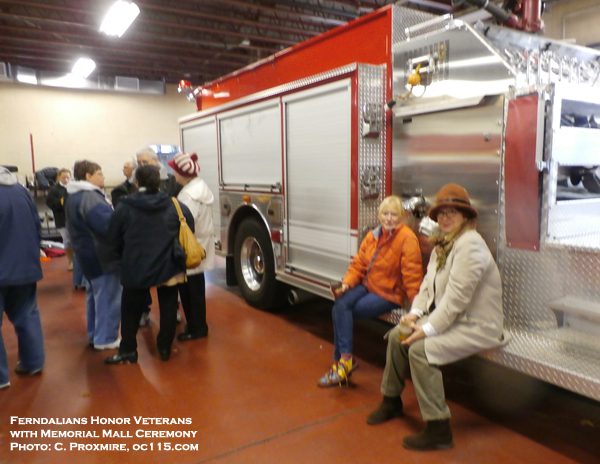 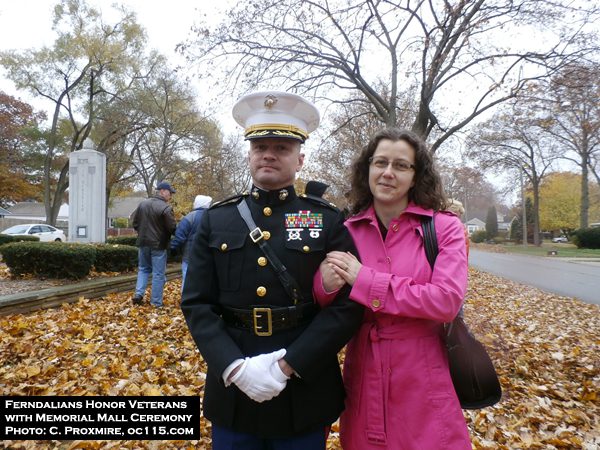