SUMMARY: Deputies responded to an armed bank robbery in the 7100 block of Ortonville Road (Oxford Bank) 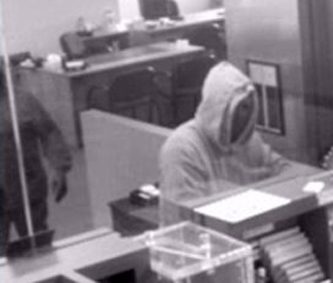 near Northview. Information is that two male suspects entered the bank, one armed with a dark colored handgun and took an undetermined amount of cash. The suspects were last seen leaving the bank on foot in an unknown direction. The suspects are believed to have fled the area in an unknown type vehicle.

notified and en route. A K9 was also requested but was cancelled. OCSO Detective Wm. Baldwin, G. Harvey, Sgt, L. Sage and Sgt. R. Cummins (Independence Twp.) were on scene. The FBI has been notified and agents are actively working with Sheriff Detectives on the investigation. A copy of the bank security system video will be provided to OCSO detectives when it becomes available. Investigation continues.