For four days the riders of the Shore-2-Shore Equality Ride pedaled their way across the state, riding from Affirmations Community Center in Ferndale to Camp It in Fenville to raise money for LGBT community centers and to raise awareness about the need for equality and acceptance. Cycling over 200 miles, they burned a lot of calories, learned a lot from each other, and promoted diversity in ways they had not even expected.

The ride kicked off on Sept. 4 in the morning, with a gathering at Affirmations attended by U.S. Representative Sander Levin who stopped by to wish the nine riders luck. Comerica Bank executives were also on hand, enjoying the opportunity to meet the riders they were supporting as a sponsor.

Regional Vice President of Comerica Jim Lafiago, shared his sentiments about why their bank became a presenting sponsor and why they set up welcome stations in places where the bike route was near their branches.

“Diversity is one of our key components that helped Comerica grow and be successful. We have a lot of programs that promote diversity within our group, diversity roundtables, through our diversity initiatives where we look for women, disabled veterans, or LGBT suppliers to us, to purchase our supplies and goods,” he said. “Comerica is very proud to support the Michigan LGBT community centers, obviously Affirmations and the Jim Toy Center. We take a lot of pride in being involved with this today.”

Volunteers rode in vans to provide support for the riders and transport their gear. Victor Walker was among them. “The main reason I wanted to be a part of the ride was because I wanted more racial diversity on the ride. Some people feel left out and think ‘white’ when they think of the movement toward LGBT rights. Equality is for everyone and I wanted more people to see that and feel like they can be included,” Walker said.

The riders who came along were of different ages, backgrounds, colors, and abilities. Some came from Ann Arbor to start off with the group. Some joined in later in the ride. Others just did day trips. Before they left they shared their reasons for riding. Bobby Tenorio of Ann Arbor said he was riding because his boyfriend was still in the closet. Deb Hol of Ferndale rode in honor of transgender people and those who are unable to ride bikes due to disabilities.

And beyond the obvious motive of wanting to promote equality, riders like Linda Brincat of Southfield and Theresa Brodoski of Ferndale rode because they wanted a challenge.

Brincat, who runs an LGBT meetup site GOAL (Get Out and Live) said she hopes the event will take off next year. “There are so many people in our community that are into riding,” she said. “There should be more of us coming out next year to do this.”

Tagging along for the first day, making sure riders made it safely from Ferndale to Ann Arbor, was Ron Schmidt of Fraser Bicycle. He checked the bicycles for safety and met riders at various points along the route to make sure things were okay.

Riders were greeted with a party when they arrived in Ann Arbor. Braun Court had tables full of supporters, and food from the Aut Bar to feed the hungry riders. Representatives from the Jim Toy Center and Comerica mingled with them and made them feel welcome.

Coincidently just a block away the Washtenaw County Commission was taking a vote on whether to expand their county-wide human rights ordinance to include transgender individuals, so some of the riders went over there to join the packed chambers to show their support.

After a relaxing night at the Campus Inn, riders were welcomed into the Bethlehem United Church of Christ, where Pastor Greg and his volunteers had a homecooked meal waiting for them. “We’ve never had a bike group come through before, but it’s a great idea,” Pastor Greg said. “We’re glad to see people doing this kind of thing.”

From there the group rode on another 53 miles, passing just south of Jackson, to Swain’s campground in Concord. Along the way they saw plenty of trees and creeks, and made their way up and down plenty of hilly terrain. The night was spent camping beneath stars and sharing their feelings around a campfire. A couple of people, less accustomed to the wild, were startled by an opossum. And another was saddened at having hit a chipmunk that ran under her bike tire. But beyond that, there were no other wildlife-related incidents on the trip.

Friday was the longest day, with a 59 mile ride from camp into Kalamazoo. The day started with breakfast at the Concord Cafe, where one rider struck up conversation with folks at a neighboring booth, sharing the purpose of the ride. “Once I knew they were friendly I told them about it,” Holbrook said “They were really supportive and said that they had gay friends.” Along the ride similar conversations happened naturally as people inquired about the bicyclists’ and their trips.

“I think the best part is letting random people know who we are,” Tenorio said. “It’s nice seeing the people from the Jim Toy Center and stuff, but it’s when you talk to people out in the red counties that you don’t know how they’re going to react that it’s making more of a difference. Giving them something to talk about.”

Friday ended with a rendezvous at Disciples of Christ Church in Kalamazoo where they were hosted by both the church and another congregation that meets there called Phoenix. Pastor Ruth Moerdyk of Disciples, and members of Phoenix Jim Shoud and Fran Fornoffa shared a homecooked meal, complete with an assortment of delicious fruit pies and homemade caramels, and opened up the church for the campers to sleep overnight.

The final stretch of the journey was an easier 46.6 miles, mostly along a picturesque trail through the woods. At the end was Camp It, a campground that caters to LGBT people and allies. The riders were met by dozens of campers ready with food, drinks and an atmosphere of celebration. The financial totals are not in yet, but organizers consider the event a successful pilot for future, larger rides.

Next year the Shore-2-Shore Equality Ride will take place the last week of June. Garcia said he hopes to see it grow to be a large ride, similar to ones in major cities that attract thousands of riders and raise millions of dollars.

“I think this was an amazing idea, a great way to raise awareness,” Tenorio said. “After I learned what this trip was about I started telling people. Not a lot of people know that you can still be fired for being gay. Crazy! As Dora put it from Finding Nemo..’just keep swimming,’ or in our case peddling.” 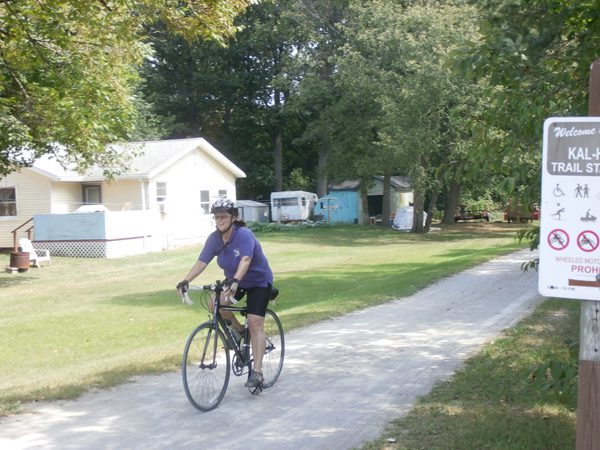 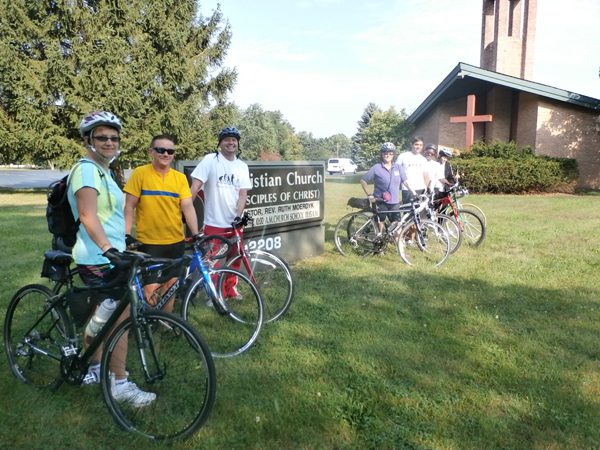 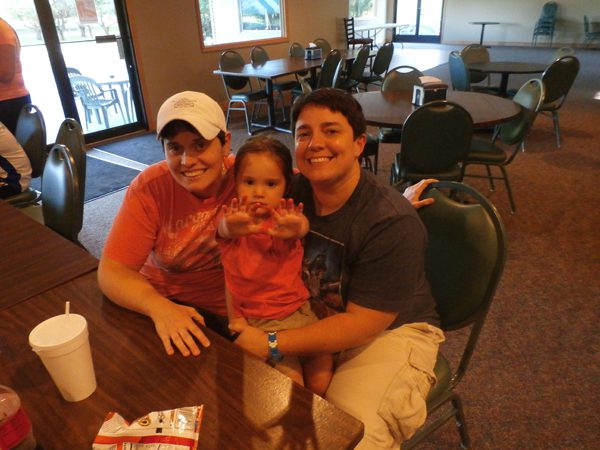 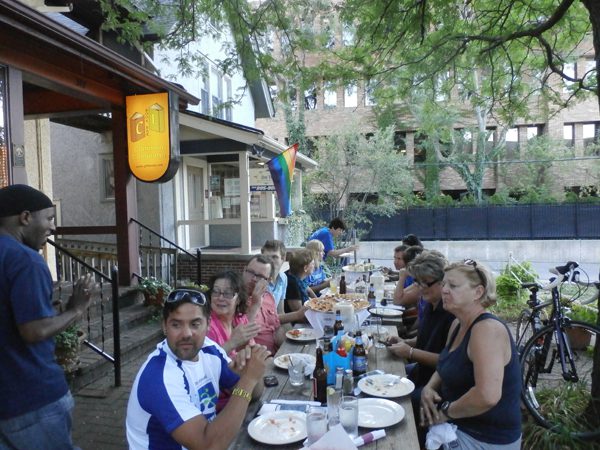 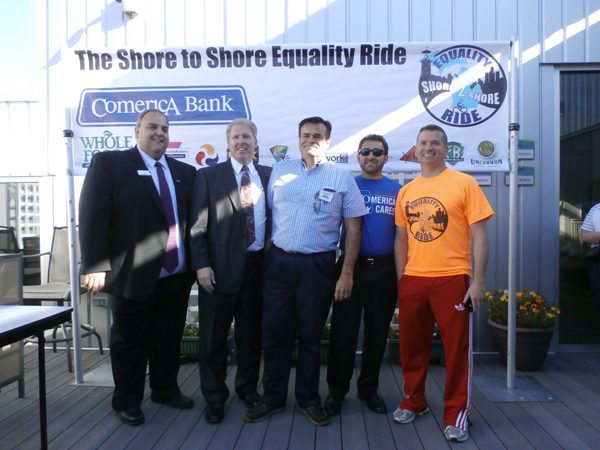 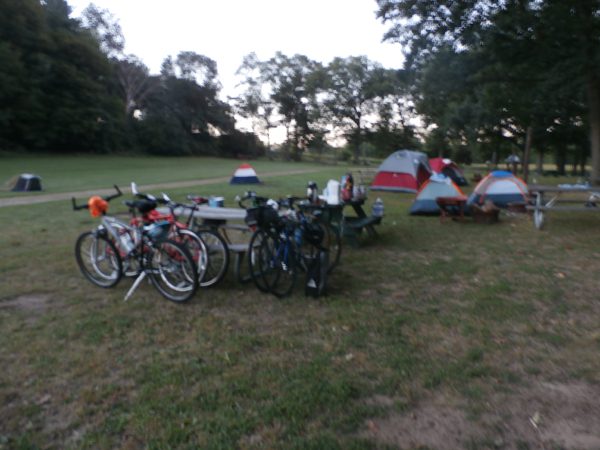 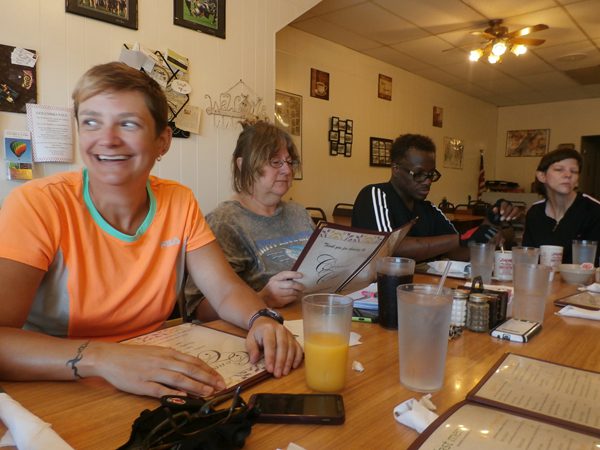 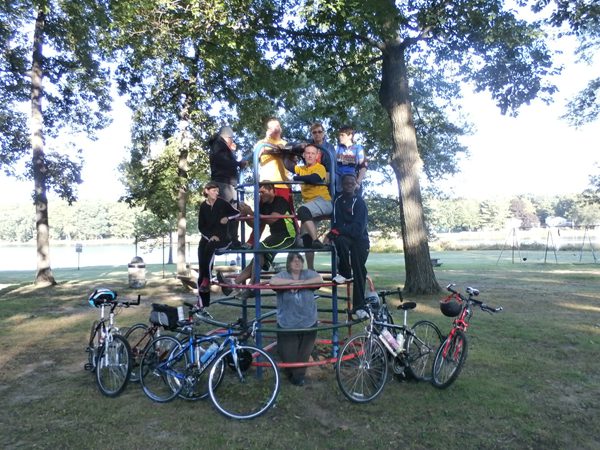 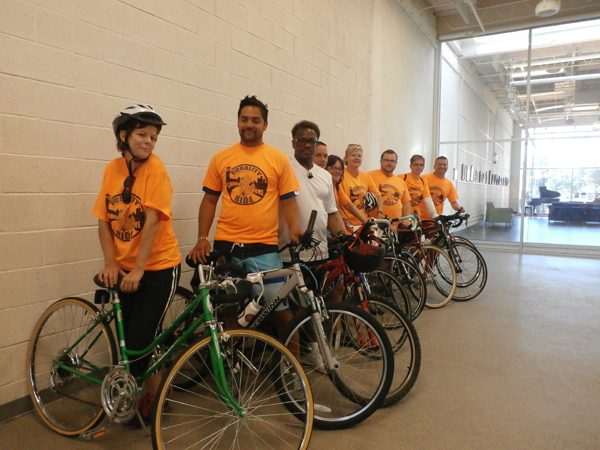 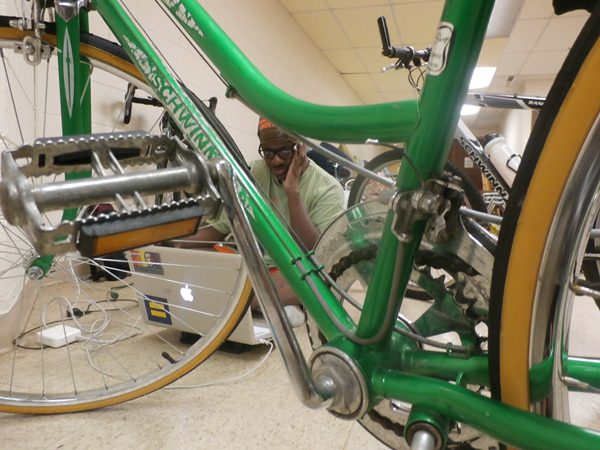 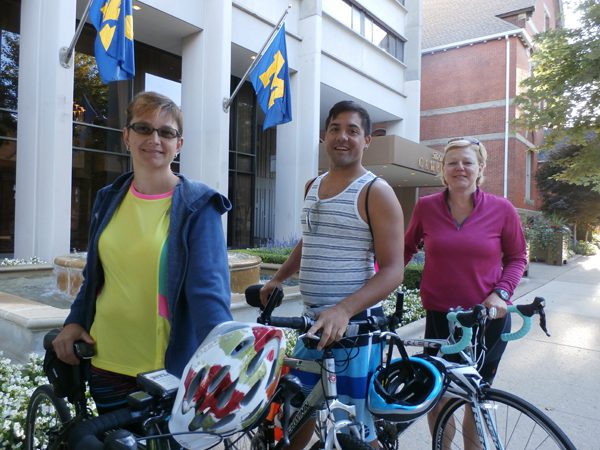