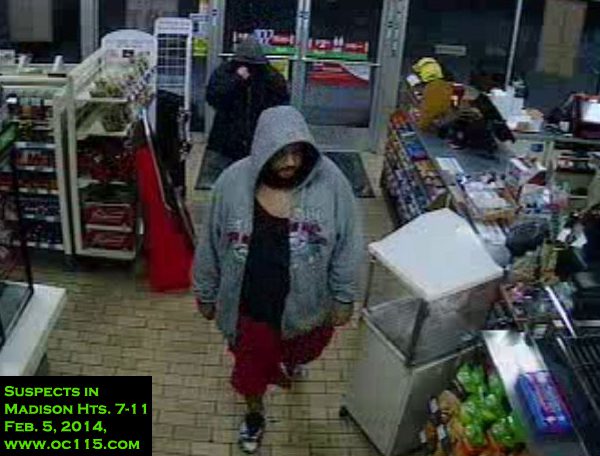 Ferndale City Council had its fourth budget planning session on Wednesday, April 13, 2011.  They heard presentations from the District Court, the Police Department and the Fire Department.  Each department presented a slideshow describing what their legally-mandated responsibilities are and presenting budgets reflecting cuts of 15% and 20%.  They also approved strategies and principles that were talked about in Budget Meeting #1.    Information on Police and Fire will be published in a separate article sometime in the next week.

The 43rd District Court is a separate arm of government that works in partnership with the City, and is dependent on the City budget for funding. It is a State Court that covers three cities, with a courthouse and a judge for each: Ferndale, Hazel Park and Madison Heights.

Here in Ferndale it’s Judge Longo and his staff that handle a variety of tasks on the behalf of justice.  “We process all felony and misdemeanor cases that happen in Ferndale.  That’s from murder to spitting on the sidewalk and everything in between,” Longo said.  The Court also handles civil cases that are general, small claims, or landlord tenant.  Plus they do traffic and parking, bringing them up to a total of 35,294 cases heard in 2010.

As a side note, Longo said that overall it cost $35 to adjudicate each case last year.

Capital expenditure is used for things like computers, printers, repairs to the building, recording system.  This number is typically closer to $15,000, but last year the budget was over $54,100 because they had to replace computers last year.  So a 72.3% reduction would leave them with $15,000 for repairs or other expenses.

Longo was asked to present what residents could expect after seeing such cuts, which included:

~Delays in getting cases in front of judge or magistrate

~Longer wait in line at courthouse

~Phone calls won’t all be answered.  Court would close half an hour early so staff can use that time to return phone calls.

~Inability to stagger staff lunch times would cause court to close between 12pm and 1 pm.

~Civil filings would not be accepted after 3:45pm.

One way to achieve the cuts would be to eliminate the court cashier.  The Supreme Court and city auditors recommend keeping one.  “Rotating clerks, not trained in collecting, will handle people as they come from the court,”  Longo said, explaining that it can create complication in their cash flow, slower processing time for transactions, and those people will be pulled away from their normal administrative duties to man the counter.

Currently the trained clerk cashier is also certified to enter warrants into the LEIN system.  If that person’s position is eliminated, the Police Department and Court will need to go back to a paper system and having warrants signed by the Judge and then walked across to the Police headquarters so that certified police officers can process the data.

Scheduling is also a problem when personnel cuts get too deep.  “When you lay off in inverse order, you end up keeping the people with the most vacation time,” Longo said.  “It would take 38% of administrative staff time would be used to cover contractual time off by union members.

At 20%, the Court would see a “tipping point” in productivity, and cuts in two major Court programs: The Probation Department and Sobriety Court Program.

Probation allows someone convicted of a crime to remain free, but under supervision of the state for a set period of time.  Terms of probation can include drug testing, drug or alcohol treatment, counseling, and other programs that can help an offender avoid getting in trouble again.

“If you eliminate the probation department all I can do is fine people or jail them,” Longo said.  “Fines and jail have little impact on criminal behavior.  Local defendants will be denied help for drug addition, emotional or mental problems, and lack of employment.  …More defendants will go to jail but released too early back to the community due to jail overcrowding. …Recidivism rates of defendants not exposed to probation are higher, so therefore, public involvement will continue”

There is no constitutional right to probation.  Statutorily required probation could be contracted out. The Probation Department creates $180,000 in revenue each year, but without staffing it can’t be maintained.

Sobriety Court is another revenue-generating activity that cannot be maintained without staff.  Though the revenue is just $27,900, Longo feels it is a value to the community.  Participants are limited to the Ferndale area, so it helps people who live in the area.

He stated that Douglas B. Marlowe of the National Association of Drug Court Professionals said that without Sobriety Court intoxicated drivers are 6.5 times more likely to reoffend.

Longo also explained the problems with eliminating a clerk position.  He gave examples of what happened in Hazel Park during FYE 2010 when they reduced staff from 6 clerks down to 4:

~Arraignments were set 15 months into the future

~Informal hearings were set 18 months from the date of offense.

He said that when the 2 clerks were added back in FYE 2011, case processing time was shortened to acceptable levels.  Faster case processing resulted in a 22.5% increase in revenue in the first 9 months of Fry 2011 when compared to the same time period in FYE 2010.

“At our court arraignments are currently held within 6 weeks,” Longo said.   “With the reduction of personnel we expect people coming out of court to pay fines and costs will have to wait 20 minutes as opposed to the 5 minutes they currently wait.”

Council listened to Longo’s presentation as well as those from Police and Fire.  Decisions about the budget will be made over the next few weeks.  To read more about the City’s financial position and the process, see the links below:

ALSO:  If you want to learn more about the former Ferndale Mayor who now is the Judge in Hazel Park’s Court, see https://oaklandcounty115.com/2010/10/04/goedert/.