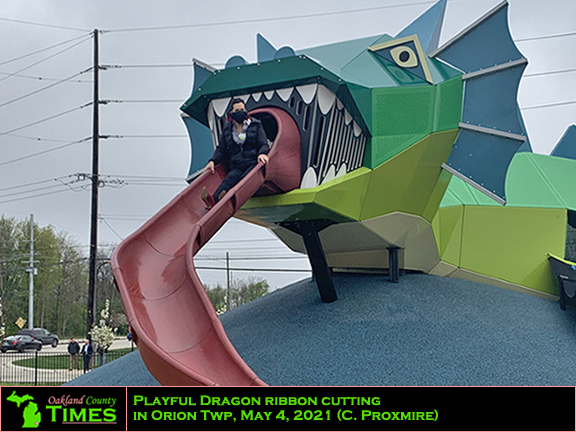 The  rockstar writer with the spikey hair and irresistible British accent fell in love with Detroit from afar.  So great were the beacons from bands like the MC5, the Stooges, Iggy Pop, Alice Cooper, Bob Seger, Negative Approach, Mitch Ryder, Eminem and others that MC5:Sonically Speaking author Brett Callwood felt compelled to escape his life the IT field in England, to become a rock and roll writer in the D.

It wasn’t an easy task.  In 1999 he started writing freelance for Kerrang! Magazine and slowly got more regular writing work.  By 2004 he was writing steady for five magazines, and earning enough to quit his boring computer job to live full-time as a writer.

At the end of 2004 Callwood got a “golden” opportunity.  A UK publication called Classic Rock Magazine asked him to go to Detroit and interview a band called Gold Cash Cold for a new band feature.

“Of course I jumped at the chance,” Callwood said.  “Gold Cash Gold were on Times Beach Records, at the time based in Royal Oak.  Eric Hoegemeyer and Steve Zuccaro, both formerly of Charm Farm, were in the band.  I came out here for a weekend and had an amazing time. I fell in love with Metro Detroit that weekend and I made friends that I still hold dear to this day.”

In 2006 Callwood decided it was time to write a book.  In 2007 he was finally able to move to Detroit and do just that.  He now calls Berkley home, where he lives with his beautiful wife Toni, who also works in the music industry.

“Most music journalists get to the point they want to write a book,” he said.  “For me the MC5 was a no-brainer.  I love the band with a passion.  I had interviewed both Dennis Thompson and Michel Davis previously and I like them a lot.  There wasn’t an MC5 biography out there.  I felt like there was a demand for one, and I felt that I could do the band justice.”

MC5 is credited with paving the way for the punk revolution.  In MC5: Sonically Speaking, Callwood follows the band from its 1960s beginnings in Detroit, to their 1972 break up and more recent reunion.  The book was released in London in 2007, but has just been re-released through Wayne State University Press.  (http://wsupress.wayne.edu/books/1180/MC5).

The book launch party was held at New Way Bar (23130 Woodward) in Ferndale on Friday, October 1st.  “Since moving to Metro Detroit three years ago, I’ve loved the New Way and last night, Tina and the venue didn’t let me down at all. It was a fantastic night. The four bands that played – Marco Polio & the New Vaccines, Man Inc., Luder and the Octopus were all incredible. They were very different, but the bill flowed perfectly. The spirit of the MC5 was definitely inside all 4 bands. It was an honor to have each one of them play the launch,” Callwood said. “The turnout was stunning. The place looked packed to me, and everyone seemed to be having a great time. Everywhere I looked, there was a Detroit artist that I love. I remember seeing Eddie Baranek from the Sights, Frank Woodman from Woodman, Amy Gore and Nikki Corvette from Gorevette, Joey Gaydos from Mugsy (and the Rob Tyner Band), Ralph Serafino from the Torpedos (and the “New” MC5), poster artist Carl Lundgren, Hiawatha Bailey from the Cult Heroes, former MC5 manager John Sinclair, artists Elise Mesner, Gwen Joy and Kristy Miljan (the latter designed the awesome event flyer), Matt Thibodeau from the Wrong Numbers, Graham and Al from Nurse Ratched, all the guys from Duende! and the Romeo Flynns, Hayze from Novada, MC5 photographer Leni Sinclair, writers Gary Graff and Tom Wechsler and many more.  It was humbling to have all of these people come out for this. My wife, Toni Callwood from Stiv Deville Productions, booked the show and she did an amazing job. It truly was an event to remember.”

MC5: Sonically Speaking sold out in the first hour, and the bar was full of fans.  For those who missed the book launch, there’s an event at Book Beat in Oak Park on Sunday, October 10 at 2pm.  It’s a discussion about the MC5 and that era, featuring Callwood and former MC5 manager John Sinclair. After that, there will be an MC5 swap meet, while Sinclair records a special edition of his radio show from the store.