An angry girlfriend arsonist was convicted Tuesday in Oakland County Circuit Court of setting her boyfriend’s home on fire on July 8, 2009.  Thirty-nine year old Michelle Cannon faces up to 20 years for arson of a dwelling following the incident, in which Fire Marshall Brian Batten says the woman piled her boyfriend’s clothes on the bed and set them on fire when he wasn’t home.

“She and her boyfriend had a spat and he threw her out of the house.  She returned a couple days later and started the fire in his bed,” said Ferndale Fire Marshal Brian Batten.  “A neighbor saw her leave the house about 20 minutes before they noticed the smoke and called 911.  She took the dog out of the house with her.”

“Luckily we were at full staff and able to respond quickly,” Batten said.  Firefighters were called to the 2000 block of Garfield where there was smoke coming from the back bedroom.  They secured the scene and put out the blaze, which destroyed the bedroom and all the victim’s possessions in it.  “The fire was contained in the bedroom, but there was smoke damage to the rest of the house.” 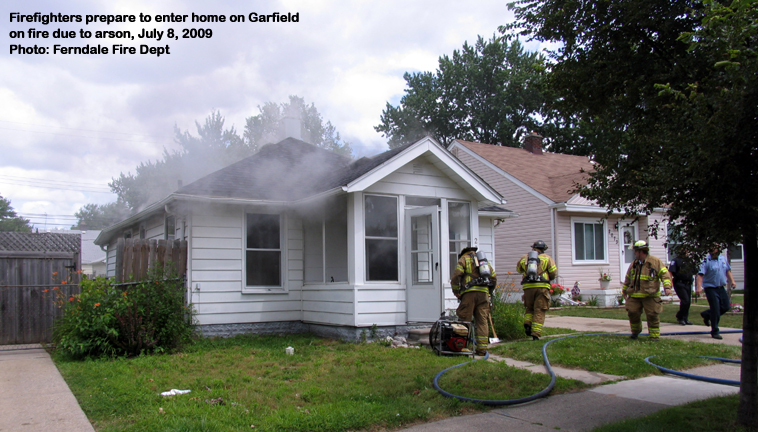 After a fire is put out, it’s the Fire Marshall’s job to investigate the scene to determine the cause.  “Basically you start with nothing.  You assume it’s an accident.  You look for things like electrical problems, evidence of smoking, other causes.  In this case I came to the conclusion it was arson and I called the Oakland County investigation unit to do an independent investigation.  They came to the same conclusion.  Then the insurance company for the homeowner sent out their investigator and he came to the same conclusion.”  After talking with neighbors they felt more confident that it could be Cannon. Eventually in an interview with the insurance company private investigator, the woman admitted guilt.  “This was a case where coordination and teamwork made a difference,” Batten said.  He credits the insurance company detective Mike Roarty and the Oakland County Detectives Scott Pasiani and Chip Schultz (who grew up in Ferndale) for working diligently since July 2009 to get this case to trial.  He also credits the firefighters whose lives get put at risk because of crimes like arson.

“People think that arson is a victimless crime because its property getting burned up, not people.  It’s a serious crime done without any regard for all the people that are endangered by it.  People loose possessions, businesses close, people get injured and killed.  And when people get injured or killed it’s usually the firefighters who have to put these things out.  There is no regard for the safety of the public or the firefighters.  Also these situations cost us all money because of insurance claims and higher premiums, not to mention that a fire like that could spread to a neighbor’s house,” Batten said.  “If you’re mad at your boyfriend find some way to deal with it besides setting his stuff on fire.”

The fire caused $65,000 worth of damage.  The homeowner and the boyfriend, who had been renting, both had insurance and were covered for the damages. 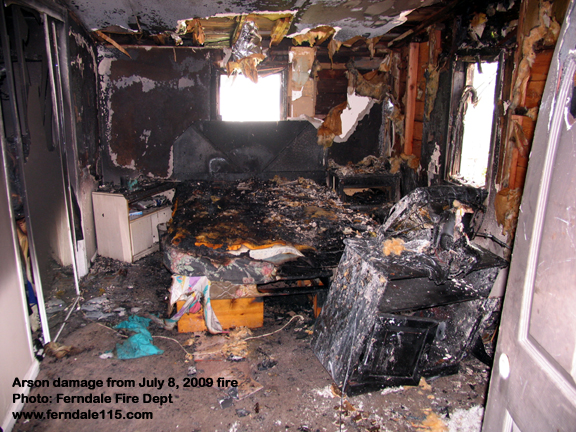 “This was a pretty big case for us,” Batten said.  “Arson cases are hard to solve because most of the time there are no witnesses and the evidence is burned up.  And we have no idea who could be involved.”

The trial itself, which lasted several days, could have been avoided.  According to Batten, the Oakland County Prosecutor’s Office offered Cannon a deal that would give her no jail time, just restitution and costs, if she pled guilty to a lesser charge.  She refused and opted for a jury trial.  Cannon was convicted on Sept 7, 2010 of arson of a dwelling, and will be sentenced on October 8.  Batten says she and the boyfriend are back together in the relationship and no longer living in Ferndale.