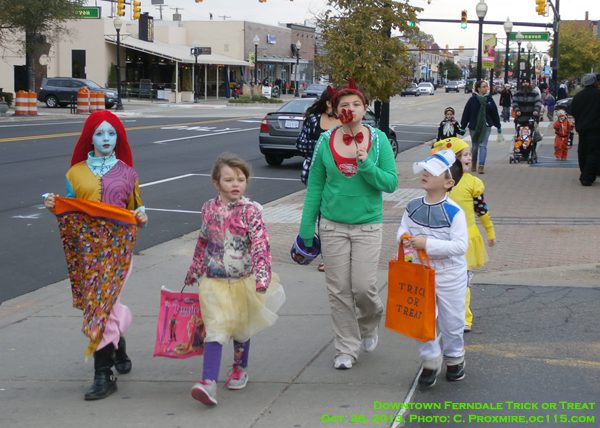 On Friday May 21st at 5:30pm the Ferndale Public Library will close its temporary location at 642 E Nine Mile Rd to begin preparing to move to its new facility at 222 E Nine Mile Rd.

“This is the moment we’ve been waiting for.” said Douglas Raber, Library Director. “Construction will be finished this month and we have a lot to do to get ready to reopen.” The entire collection will be moved back to the renovated building. New furniture will give the Library a brand new look. New public access computers will be installed and a faster internet connection will be available.

The Library will have many new features including a children’s library within the library; a separate space for teens; a computer lab; a Friends of the Library gift shop and book store, and meeting room space available for use by community groups. The Library will be a green building featuring a geothermal heating and cooling system, a vegetative roof, and a gray water recycling system. Because of the Ferndale Public Library’s membership in The Library Network consortium, Ferndale residents can use other nearby TLN affiliated libraries while Ferndale is closed, including the Royal Oak, Hazel Park, Huntington Woods and Oak Park Public Libraries.

“At this time, it’s difficult to say when we’ll be ready to reopen,” Raber said, “But we’ll need at least five weeks to get everything in place, up and running. When you come to the new Library you’ll find many changes, but one thing won’t change. We’ll still be cool, friendly, and free.” Kelly Bennett, who manages the local music section of the Libary, says she is excited about the move, but that the temporary location will also be missed.

“The open house we had last June was a big success with The Motor City Midwives and High Speed Dubbing playing,” Bennett said. Our Halloween party was great too. Beggars and Carjack played.”